Marketing leaders discussed how they dealt with the coronavirus crisis at the recent Campaign Connect conference.

Tesco’s group brand director has opened up on how the UK’s biggest supermarket is helping its staff through the pressures of home-working through the pandemic.

Speaking at the Campaign Connect conference earlier this month, Michelle McEttrick outlined a number of measures the retailer had implemented to help its teams that were usually based in the office through the radical changes to their work lives.

McEttrick said the leadership team tried to plot how it could keep teams motivated. "How do we do more with less mental stability and less ability to be creative and get together and innovate in a normal office setting," she said.

Tesco came up with a number of measures which included:

She said there were also a number of individual commitments that were applied where appropriate. These included using walking meetings, allowing people to challenge the length of meetings and whether a call could be on a phone rather than a video call. There were also moves to limit meetings before 11am on Monday “in order to stop the Sunday afternoon quick login”.

“[It was about] really concentrating from the very beginning on what we can do to support our teams to keep their energy up and really acknowledge that this is such a different environment and such a different time that we have to give ourselves and everyone a giant break all the time,” McEttrick concluded. 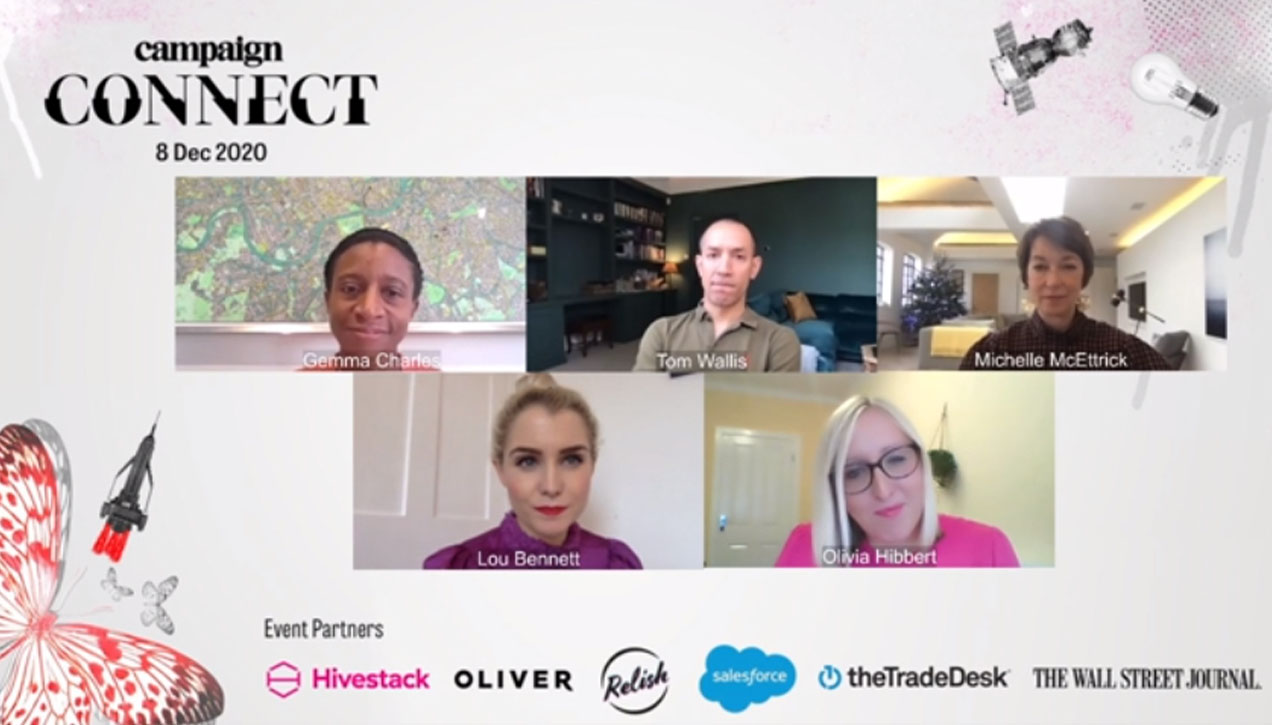 Leading during a crisis

The other panellists revealed similar experiences to those of McEttrick. Tom Wallis, chief marketing officer at Gousto, said the leadership team at the recipe box firm had instigated daily check-ins early on in the pandemic, weekly pep talks and set aside an hour in everyone’s calendar every day for no meetings to allow people “time to recharge”.

Asked how he felt as a leader at the start of the crisis, he described it as “scary” times.

For Lou Bennett, marketing director of Benefit Cosmetics, transparency was key as there was “no playbook for this”.

“Sometimes it was really important for us as leaders to say ‘we don’t know, we’re all watching the 5pm daily briefing the same time as you are and if you’ve got a better idea talk to us about it’,” she said.

Moving at speed was another theme that emerged from the discussion. Back in March at the start of lockdown when the schools closed, Kraft Heinz pledged to provide 12 million meals to children that would usually access a breakfast at school in partnership with charity Magic Breakfast.

The company’s director of brand-building, Olivia Hibbert, said the decision on the meals was taken at 5pm on a Thursday and the company went live with it the next day. Kraft Heinz also set up a direct to consumer platform in three weeks.

“In a normal world we probably would have thought about that quite a lot longer,” Hibbert said, adding that “the notion of focused agility” had lessened “overthinking” at the business.

What’s the one lesson from 2020 worth taking into next year?

Review of 2020: A financial downturn unlike any other

How agencies, brands and media owners are dealing with the second lockdown

More than half of adlanders are completely avoiding the office