Experience creators applaud the brand as a pioneer of authentic music experiences as the 21-year-old music academy prepares to close this year.

It was the brand experience that paved the way for a multitude of copycat music programmes, but few could boast the volume of artists that engaged with the Red Bull Music Academy, nor the incredible 21-year run that the institution endured.

For more than two decades, the RBMA created authentic music experiences and championed emerging artists by running lectures and workshops and curating festival stages across the globe. However, the academy’s programme is set to come to an end this year, following an announcement that the energy-drink brand will part ways with marketing company Yadastar, which handled the operation.

This early example of a brand embracing music culture is one that has been heralded by experience creators as a committed strategic long-term venture that made a difference at the grassroots level.

'It was about giving something back to the scene'

RBMA wasn’t about traditional mass awareness brand-building; it was about giving something back to the scene and acting with authenticity to ensure a drip down of credibility.  But I’m amazed it has run for as long as it has.

Not because it wasn’t brilliant (I was fortunate enough to be involved in a few), but because Red Bull's marketing has always been about pushing the boundaries to do things that no-one else has done or can do, and to keep innovating.

There are so many brands who have adopted similar programmes; it no longer feels as unique as it once did. And being shackled to a long-term property means it’s difficult to evolve and innovate without destroying what the property stands for and what it is (alongside it being costly to run). And let’s not forget that RBMA and Red Bull Music were run by an outside agency, not the brand itself.

Does this mean Red Bull is moving out of music? I just can’t see it. It’s a playground at the heart of where its product is consumed. It means the brand has more dollars to play with in the music scene and the opportunity to build on existing platforms and create some exciting new ones.

And for those moaning and complaining? Get over yourself. If brands like Red Bull don’t keep ripping up the rule book, what then? Stagnation and decline. Embrace the change, because Red Bull rarely fails to deliver.

'A massive blow to grassroots culture'

In today’s era of light-moving consumer tastes and the array of platforms to access content ever growing, it is to be applauded that RBMA has stood the test of two decades, creating a true connection in culture and delivering a brand experience that has transcended category and product.

RPM has been festival fellows with Red Bull’s brand and music offering for many years and the authenticity of its alignment with emerging world music secured its place as compelling and relevant with its core audience, and has become a truly important force in music. Two decades at the forefront of their industry is no mean feat.

Losing the RBMA is, no doubt, a massive blow to grassroots culture. Red Bull’s support for the industry became more important than the product and that’s a huge testament to the brand. It was a benchmark for real brand investment, rather than the usual "smash and grab of culture" brand approach.

One hopes that we see the academy and music station take another form, as the news suggests – one that moves with the now and adapts to deliver an authentic brand experience that remains relevant, but is also agile and adaptable enough to be future-fit.

Thanks to Red Bull for the music (sorry, Abba) – here’s to the next 20 years… 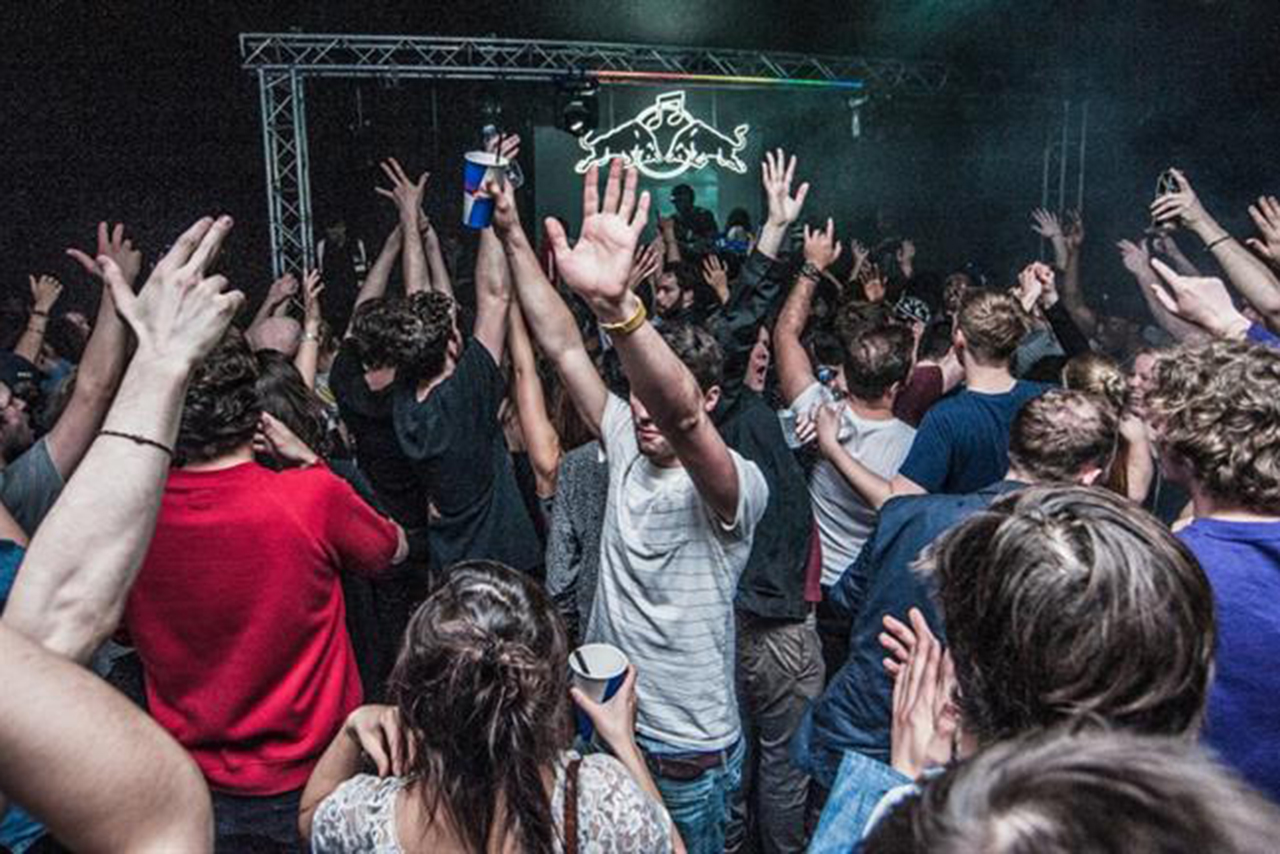 We’re seeing more and more brands entering the entertainment space, including music, to engage audiences through their passions, so our initial reaction around Red Bull’s decision was one of surprise.

However, the shift feels strategic. Red Bull has invested heavily in music over the years, building some textbook platforms and activations including RBMA, and we expect that they are now going to leverage the significant equity they’ve built up in a more targeted way through focused activity and locally led initiatives, which will enable them to tailor activity to meet different objectives.

We’re living in a gold rush in terms of branded music activity. Reacting to an increasingly cluttered digital world, brands having been upping their experiential budgets in a bid to engage with audiences, with music a key battleground.

A more pertinent question is whether we’ve reached saturation point, with challenges around quality and effectiveness, rather than concerns over quantity or extinction. For Red Bull, having invested heavily in music over the years, and with a vast array of best-practice platforms and activations in their arsenal, we see this move as being strategic and operational.

Today’s fan can’t be defined by individual passions and, as we see entertainment continue to converge, we’ve also seen Red Bull building up their presence in gaming as well as music and sport. We think we’ll continue to see a lot of great work from them in music, as well as other cultural spaces.

'A sad end to a phenomenal brand, music and cultural partnership'

With a focus on discovering and nurturing new talent, the RBMA placed Red Bull at the heart of the creative narrative in music since its inception in 1998. The announcement that the academy is to shut its doors represents a sad end to a phenomenal brand, music and cultural partnership. Lasting for 20-plus years, the RBMA developed cross-genre talent and supported the often-ailing new-music industry. The key question is: why close? Why has a 20-year, well-thought-through and activated partnership come to an end? Have we come to an impasse and a refocus for brand/music relationships across the board?

Clearly, a watershed moment was the already infamous KFC work at the Ultra festival in Miami, but has this just highlighted the frankly shameful way brand budgets are being spent on music-led culture over the last couple of years? Have we reached a saturation point with many brand owners and agencies just looking at short-term KPIs through digital and social channels, rather than creating genuine, long-term relationships with the entertainment industry and its customers?

Put simply, the longer-term strategic partnerships are being put under pressure by brands pushing for short-term gains. Produced correctly, there are enormous upsides for brands to be involved in the entertainment industries. However, the responsibility sits squarely on the shoulders of brand budget holders and agencies to create carefully integrated work that is going to offer legacy, creating campaigns that offer fantastic value to all involved.

If the RBMA and KFC campaigns have taught us anything, it's that if you do things right, you will enjoy hugely positive gains in your brand equity, but if you go for short-term budget-slinging, your customers and music fans will call you out very quickly and the damage to the brand could be disastrous.

Research on the extent to which younger fans demonstrate a greater appetite for the participation of brands in music than previous generations is striking. The difference? Younger fans grew up in the era of Red Bull.

That said, for brands, the prospect of engaging credibly in music culture is still ridden with risk and 21 years ago, when RBMA launched, the ice was even thinner. So how has RBMA been able to achieve such success where others have faltered?

First, they understood that building cultural equity is a long-term venture and committed to a strategic approach over two decades. This enabled RBMA to proceed with a subtlety that short-termism doesn’t afford. Attribution and credibility take time, especially in music culture, where fans exhibit greater scepticism.

They focused on creating real value for the ecosystem, primarily artists and fans, rather than transacting. RBMA has been a platform for fostering collaboration across a variety of genres, specialities and cultural backgrounds.

Finally, they supported emerging rather than established artists, democratising access to resources across virtually the entire supply chain, from learning and development, production, PR and other artist brand-building to performing and touring. This has resulted in a vast roster of advocates who credit the brand with helping their careers scale. Word-of-mouth endorsements are much more valuable when those mouths are megaphones.

As impressive as the sheer creative output resulting from RBMA has been, true cultural phenomena actually shift attitudes and behaviours. RBMA has been a vanguard in this regard as well.

When we set up Kingdom Collective in 2011, RBMA was our first client and we’ve managed the UK PR for the project since.  As a new agency, we had been having discussions about what kind of work we’d want to take on, and were all agreed that RBMA was a perfect example of whatever that was.

It’s rare that a brand platform goes so deep into culture, and the programme’s longevity has everything to do with that.  RBMA has probably been the most-referenced campaign in brainstorms and strategy meetings I’ve been in with other brands.  It was there before most of them even knew what dance music was, let alone figured out it could be a worthwhile place to invest.

For me, RBMA’s success, and that of Red Bull’s music programme more generally, is down to having people passionate about music at the forefront of everything, and them being focused on making meaningful contributions to the culture, over and above proving some immediate commercial uplift.  Lots of brands have since got involved in music (or just used it as a way to sell to their consumers), but few if any have done it with the sensitivity and believability of Red Bull."

Red Bull and Heineken: F1 marketing overhaul is starting to pay off

What happened to Red Bull?