Marks & Spencer Food and ITV are promising that the retailer’s new, advertiser-funded series, Cooking with the Stars, features an unprecedented level of brand integration on the primetime show and across “every single, conceivable touchpoint” in the wider marketing mix. 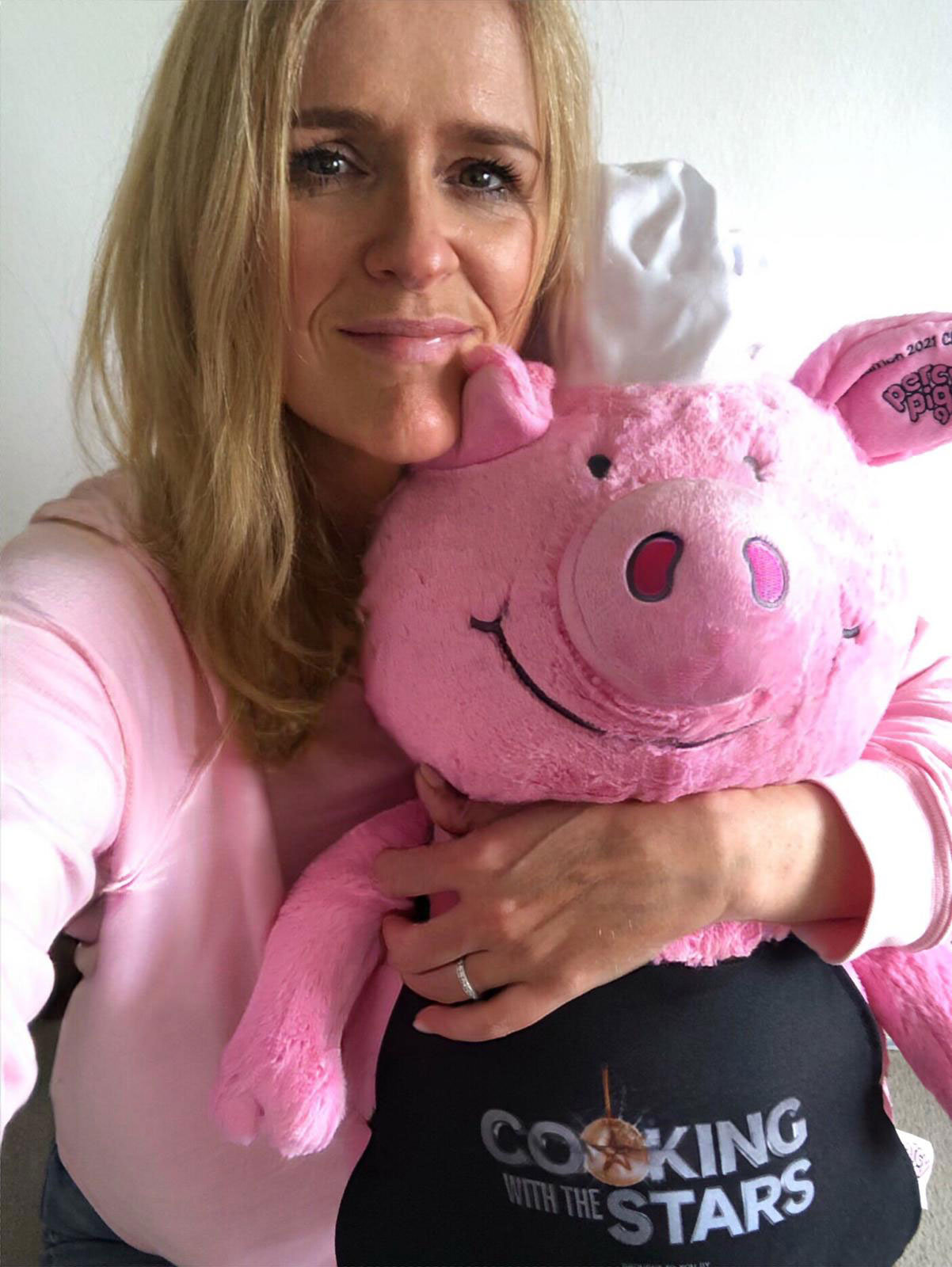 Sharry Cramond (right), marketing director of M&S Food, described the six-part show, which debuts on Tuesday (13 July), as “the most high-profile spot ever given to advertiser-funded programming” because of its 9pm transmission time on Britain’s biggest free-to-air commercial broadcaster.

Simon Daglish, deputy managing director of ITV Commercial, added: “I don’t think we’ve ever done something that is so integrated ever across every single touchpoint and then taking the assets from the show and expanding them into extras [spin-off programming and video clips] and online, social and in-store. There’s not a single element of the [marketing] estate that hasn’t been used.”

ITV and production company South Shore have jointly created Cooking with the Stars with co-funding from M&S Food. Emma Willis and Tom Allan co-host the show, a contest that features eight celebrities paired with professional chefs.

About 200 M&S Food products and ingredients appear over the course of the pre-recorded series and the sponsorship bumpers at the start and end of the TV ad breaks feature specific products such as Maris Piper potatoes or fillet steak from that week’s show.

However, the programme is still subject to Ofcom guidelines that require no undue prominence without editorial justification, Cramond and Daglish pointed out. 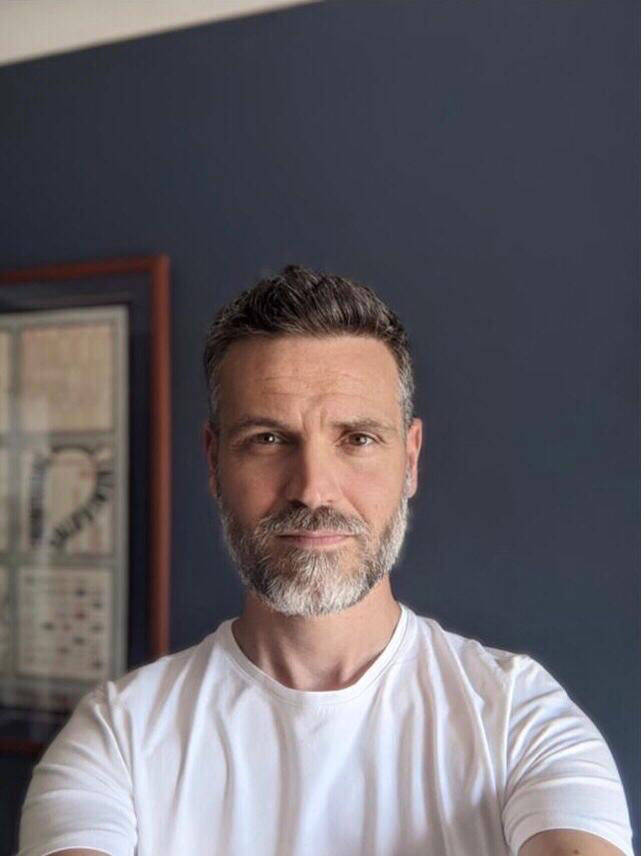 The strategic rationale for M&S Food to invest in AFP

Persuading more families to do their weekly shop at M&S and to cook from scratch – rather than shopping for freshly prepared dishes, lunchtime meals and special occasions – is a key part of the strategy as consumer habits have changed since the pandemic, according to Cramond, who spoke to Campaign alongside Robbie Black (right), head of brand communications at M&S Food, and Daglish.

She said: “Through lockdown, one of the big trends we’ve seen is people are shopping less and they’re doing bigger shops. More and more families are doing more and more of their shop at M&S… Suddenly they were buying into more of our ingredients, more of our cooking ranges and baking ranges, and many, many more products.”

M&S Food wanted to “accelerate” that customer trend of the “broader shop” as the UK emerges from lockdown and it looked to get involved in a TV show “where you can properly integrate the sponsorship, where we could really demonstrate that M&S had this much broader range – if you want to cook for your family, and more people are cooking from scratch or semi-scratch, then M&S would have all of the ingredients”, Cramond said.

Cramond said econometric modelling shows that Fresh Market Update, in particular, has been “one of the most successful things we’ve ever done” in terms of delivering a financial return for the retailer.

AFP has been a growing trend in TV as broadcasters seek funding to commission shows and advertisers and agencies want to get closer to the content as some viewers are more likely to skip ads or watch on catch-up.

“This is the first time ITV, our main channel, has ever given a prime-time slot to a show that we have produced effectively with an advertiser,” Daglish said. “For us, it’s a big leap, which is exciting.”

M&S Food and ITV have made a “joint investment” in the show. Costs are undisclosed but for M&S Food “it was less than half of the cost of Britain’s Got Talent”, Cramond said, adding: “What’s most important is that it’s great entertainment and then we can activate through all of our channels.”

ITV declined to comment on whether there is any revenue share or performance-related element to the deal with M&S because of commercial sensitivity.

Online, social, CRM and in-store will all play a part in helping M&S to bring the Cooking With The Stars partnership to life.

M&S' Sparks loyalty programme has 11 million customers, and the retailer plans to send out online messages to six million of these on Tuesday morning ahead of the show, and again on Tuesday evening after the broadcast, with details of all the recipes and ingredients. There will also be a mail drop for one million customers via direct mail.

M&S, which increased its spend on social and digital marketing by 35% in the last financial year, is also planning a major online push.

The spin-off “helping” show is hosted by YouTube influencer duo Woody and Kleiny and will be available online, featuring backstage gossip and regular segments with Fred Sirieix, the M&S wine adviser, and Chris Baber, an Instagram chef.

M&S will be championing Cooking with the Stars heavily in shop windows and in stores – with recipe cards, branded display units and other brand extensions such as giant Chef Percy cuddly toys.

The retailer has also sourced 40,000 branded aprons for staff and all franked mail sent from its headquarters will feature the show’s logo.

The idea is “to activate across every single, conceivable touchpoint”, Black explained.

Measuring a return on investment

M&S owns some of the programme rights to Cooking with the Stars but “anything that happens in terms of selling the format will be a bonus – that’s not where we’re concentrating on”, Cramond said.

“We have a very detailed econometrics model that was developed by Robbie’s [brand communications] team, by the insight team, by the finance team.

“So we know exactly what works in terms of every channel. TV is a really important medium for us – it gives us mass reach – but equally we have lots of other channels,” she said, referring to Sparks' CRM database and the social media accounts of individual, local M&S stores that reach 3.5 million across Facebook and TikTok.

Black said the previous Britain’s Got Talent partnership with ITV “really worked for us in terms of brand perception and driving revenue” and the Cooking with the Stars deal was a “step on” as it allows M&S Food “to make sure that the content of the show – the actual editorial within the show – is aligned to our strategy”.

In terms of the new show, Cramond said they were "going to measure it by looking at how it performs on econometrics” and “whether it shifts the dial on more families wanting to do that big shop at M&S Food”.

M&S Food used Mindshare, which holds M&S’ media account, to advise on Cooking with the Stars. Black described the WPP media shop as “a really key strategic partner for us”.

However, there is no external creative agency involvement on the show, after the retailer dropped Grey London as its retained ad agency in March and expanded its in-house creative team under his leadership.

“That is not to say that we wouldn’t” use an external agency “in the future” for a particular project, Black said.

“This is not about us trying to create an internal agency. That is absolutely not our ambition. Our ambition is actually almost the opposite of that – to free us up, to liberate us, to work with the very best, the most talented people in the business, whoever they are.”

M&S Food has recruited several former agency executives for its in-house creative team, and Cramond said she has seen many benefits because they have more “skin in the game”.

When she has talked to them about how working inside the client organisation compares to working in agencies, they say: “Agency life was brilliant but we find we can be more agile and make things happen quicker.”

“But now they can just send a WhatsApp message or just turn around and the person is right there and say: ‘Right, bang, this is what we’re going to be doing.’

Daglish added M&S Food’s structure allows it to “move at speed” and described the company as “the most progressive advertiser ITV deal with”. He said: “I know I can pick up the phone to three or four people and get a direct answer, as opposed to saying I’ll call you back in a minute because I’ve got to go all the way back up the line."

Cramond joined M&S Food in 2018 and one of her first moves was to revive “This is not just food…” as its strapline, which made its debut in 2004.

“To me, it was very clear that we must use this line because it’s uniquely associated with M&S,” she said. “It instantly says everything about our business because we have the most amazing quality food and we go to the lengths that no-one else does because this is not just food, it is M&S Food.”

“This helps create a new ‘shop window’ to the brand, which can reach new audiences. As a result, while we have reduced marketing spend and promotional activity is down substantially, the share of spend on social media and digital marketing increased by circa 35% on the prior year.”

Food sales rose 6.9% in the last financial year in contrast to clothing and home which plunged 56.2% because of the pandemic.