While creatives are mulling over what to vote the best Christmas TV ad of 2018, we ask one Thinkbox Academy member to cast his eyes over the top TV creative from the last two months. Stand out spots from Amazon, KFC, Sainsbury's, Waitrose & Partners - and John Lewis & Partners - are the contenders in the latest Thinkboxes award shortlist, selected by the marketing body for UK commercial TV. 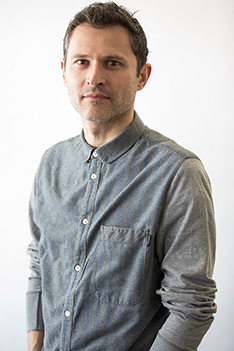 Receiving Crimbo presents is not an easy business. You never know if you’re going to like what you get. It can be awks.

But have you noticed how we all seem to have one person in our lives that always delivers? That always seems to give a great prezzie. The friend that just gets it right.

Often you didn’t even know you wanted it but the gift just always seems to suit.

In ad world, that perennial perfect gift giver is John Lewis. They just keep on getting it right.

No, I don’t need a receipt thank you, it’s great. And it’s a perfect fit and I don’t want to take it back and replace it for another one.

How do they do it?

Like all good present givers, it’s because they put so much thought into it.

Amazon’s campaign glories in the company’s most obvious outward manifestation – the box. We see multitudes of Amazon packages on the move, from warehouses to delivery vans… and ultimately into people’s hands. On each box, the Amazon smile logo is animated so it can sing, creating a global choir of boxes giving us a spirited rendition of the Jackson Five classic, Can You Feel It. We close on a shot of a little girl, staring into a snow globe, anticipating Christmas.

2. John Lewis & Partners "The boy and the piano"

A heart-warming seasonal tale, as you’d expect from John Lewis, this time featuring Elton John. It takes us back in time through John’s career to a defining moment in early childhood when he’s given a piano as a Christmas present. Then we’re back in the here and now, with a nostalgic John sitting down in a festive setting to caress the keys of that same old piano. It changed his life forever, proving that some gifts are more than just a gift.

KFC brings us a classic Western genre stand-off, featuring a couple of unexpected protagonists in an unlikely, if festive, landscape. When a giant chicken crosses the path of a huge turkey in a snowy field, they face each other down, the music goes into tension-inducing mode, and there are nice Clint-Eastwood-style editing touches as we cut back and forth, eyeball to eyeball. In the end, the turkey turns tail, proving that seasonal poultry may come and go, but chicken’s here to stay.

A familiar seasonal scene – backstage mayhem, parents seating themselves in the school auditorium, the curtains pulling back to reveal a stage-struck star performer who’s so nervous she can barely open her mouth. Then, following an nod of encouragement from her mother, she really finds her voice, begins belting out a version of You Get What You Give, and the Christmas show really takes off. Proving, naturally, that "We give all we’ve got for the ones we love."

Witty Christmas mischief here from Waitrose as it shows us a family watching the blockbuster John Lewis ad featuring Elton John (see above). They instantly become impatient – and fast forward, making John warble like a demented chipmunk in the process, until they get to the end of the ad and can get on with the really interesting business of tucking into a festive Stollen. They quite like the Elton ad – so emotional! – but they’re clearly far more interested in Stollen, which they’ll buy, obviously, at Waitrose.