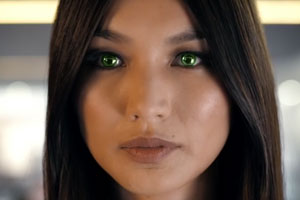 It also won a gold for the Agency, International Campaign category for McDonald’s #imlovinit24.

The7stars won media agency of the year, while Media Brand of the Year went to The Discovery Channel UK.

Read on for the other Media Week Awards gold winners.

There's a lot of big data around, but it's rarely deployed as simply and effectively as this. East Midlands Trains has launched a data-driven email campaign for the autumn half-term, to encourage people to take the train to London rather than drive, Campaign's Omar Oakes reports.

The 'Reasons to Take the Train' campaign has been created by Lida to provide customers with real-time and geo-targeted information about how long it takes to drive from their nearest station to St Pancras.

The email integrates a live traffic feed. The opening copy on the email reads, "Actually, if you hopped in the car right now, it would take [X]. Ouch." It then flags an appropriate train time to the viewer.

A buy button directs customers to the East Midlands Train website, where they can buy tickets. 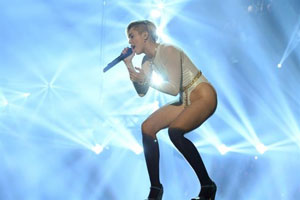 Want to look at what you want to on the red carpet and during the show? MTV's EMA app can help with live virtual reality streaming using a cardboard viewer, or just 360 degree video.

Opinion: Why Burberry's Snapchat Testino campaign is the best piece of marketing in 2015

James Kirkham, global head of social and mobile at Leo Burnett, is calling it early. He thinks Burberry partnering with Snapchat to create an ad in real-time will be the best piece of marketing this year.

Kirkham says the campaign is "a glimpse of just how premium brilliant social media can be", its excellence partly resides in "its insistence to create and leverage ‘urgency’ in the audience", and crucially "this is mobile first, built for mobile, through a mobile, delivered on mobile."

"The future of advertising looks like this," Kirkham writes, "and it is bloody glorious." Read on and see if you agree.

By the looks of Brand Republic's traffic stats, readers enjoyed Jack Whitehall in Samsung's School of Rugby spots. Good news then, as some clips have been rescued from BBH Sport's virtual cutting room floor. Enjoy.