We love hearing about a clever strategy for getting the most out of quality magazine editorial for advertisers. UM London has come up with an inspired partnership for Woodford Reserve, which subtly weaves itself into an editorial roll-fold on the search for the great American cocktail. The four-month partnership sees Esquire joining Woodford Reserve’s brand ambassador, Tom Vernon, on a road trip across the US to find the most unusual and iconic bars serving the best cocktails. We are certain this campaign will leave Esquire readers feeling like Don Draper.

We chuckled heartily when we read this week that Pope Benedict was getting his own Twitter handle,
@pontifex. Not just because there is something innately amusing about the Vatican clunking into action to use new-age media to spread its message, but because the 85-year-old apparently wants to use Twitter to "reach out" by creating Tweets that will be translated into eight languages. We’re impressed that, aside from his willingness to embrace social networking, the Pope is using lingo that is traditionally the preserve of Californian hippies. Next, we’ll be hearing that Pope Benedict wants his own TV show on Sky. 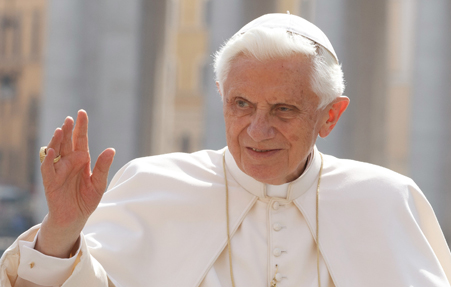 The Daily’s closure as a useful lesson

While the closure of Rupert Murdoch’s iPad newspaper, The Daily, may chill the bones of any publisher investing in digital products, we think it was a bold move to create the app in the first place and a bolder move to accept it hasn’t worked and move on. As the digital gurus say: fail fast.

We enjoyed VCCP’s teaser ad for Comparethemarket.com’s new sponsorship of Coronation Street and the actual idents are equally entertaining. The agency has created 28 vignettes featuring the meerkat mascots in well-known locations from Weatherfield. Idents can wear thin after repetition, but this campaign could run and run.

And one thing we don’t…
Leveson not doing his research

We support The Independent in its ridicule of Lord Justice Leveson who, in compiling his report, relied on Wikipedia as a reliable source of information without checking the facts – something he criticises the press for doing. Leveson wrote that the three founders of The Indy were Andreas Whittam Smith, Stephen Glover and Brett Straub. Who is Brett Straub? The Indy has discovered that, in October last year, someone with a Californian IP address took out the name of Matthew Symonds (the real third founder) and replaced it with Straub’s. This was only corrected two weeks ago, explaining how it crept into the Leveson Report.