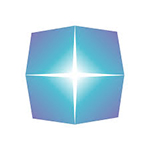 Blockchain was once the answer to all digital marketing woes... then it got complicated. But that hasn't stopped the technology making serious progress in media-buying transparency.

The media is full of stories criticising blockchain over the last year. A more realistic appraisal of blockchain’s strengths and weaknesses and the high-profile collapse of Bitcoin’s price has led the naysayers to shout ever louder.

And yet the need in the media-buying supply chain has not disappeared. So while the press preaches doom, there’s a UK start-up that’s been solving real-world problems for advertisers and adding scalable value. And even Amazon Web Services are on-board.

Fenestra, applies blockchain to transparency in media buying and has gone about its task quietly and methodically. Fenestra’s platform and underpinning proprietary blockchain network is built on HyperLedger Fabric. HyperLedger is an open-source technology housed at the Linux Foundation. It is increasingly viewed as the go-to blockchain of choice for businesses with complex supply-chain issues. This HyperLedger Fabric platform is a private, permissioned blockchain that’s secure, scalable and configurable. Significantly, it is the first blockchain technology Amazon Web Services support out-of-the-box. Crucially, Fenestra’s market research showed major enterprises would not adopt crypto-currencies in their supply-chains. This means businesses chose HyperLedger as it is a non-tokenised blockchain.

The advertising impact
Fenestra delivered its first platform product focused on transparency in programmatic supply-chains in late 2018. It included an early partnership with Johnson & Jonhson’s agency, FourComms Health. Richard Springham, FourComms managing director described the results: "FourComms used Fenestra to track J&J's Nicorette Winter activity. We identified up to 49% performance improvements through Fenestra whom also gave us greater surety over the data we were seeing."

In the following months, the business partnered with an accelerating group of digital agencies and advertisers to deliver greater trust and transparency. Jake Dubbins, Media Bounty managing director and founder of the Conscious Advertising Network said: "I've been crusading for greater trust in the media business all my life. When I met Fenestra, I felt I'd found my partner. We've seen 30% performance improvements since."

Advertisers achieve such results through Fenestra Transparency Protocol – a proprietary data taxonomy and set of operational technologies that mean programmatic transactions can be identified, recorded and reconciled in a trusted environment. Through this, Fenestra’s clients can verify and analyse transactions throughout their programmatic supply chains. Sam Fenton-Elstone, Anything is Possible CEO said: "Having worked in media for over a decade, we founded AIP with a new set of principles. Transparency is core to our offering and Fenestra delivers in spades. By mandating Fenestra across the agency, we have closer relationships with our partners and are seeing 30-50% performance improvements in our campaigns."

Growing inside and out
Fenestra’s growth has been rapid and programmatic industry expert Dan de Sybel has recently joined as CTO. A computer science graduate, Dan started his marketing technologies career in 2002 at AOL’s Advertising.com where he built their European technology division before moving agency-side to Havas’ media planning group in 2008 as head of technology.

He made his first entrepreneurial move to Infectious Media in 2010 as employee number four, joining as director of technology and operations and over the next decade, built the company’s technology group into an industry recognised leader in programmatic advertising.

Also, Marco Ricci, former CEO of ad-verification business Adloox and with Google and WPP heritage, has been promoted at Fenestra to CCO to drive the businesses global footprint.

Everything ventured
To support this growth, Fenestra has just closed a new funding round led by two early-stage venture capital investors – ForceOverMass Capital and 24 Haymarket – with Fenestra Management and their existing global group of HNW angels also participating. Filip Coen, COO at ForceOver Mass said: "Opacity in the media sector is an open secret, and there is a huge opportunity available to those seeking to solve the problem. We believe in Fenestra’s secure and transparent engine and look forward to supporting this highly experienced team in their journey."

According to Ashley MacKenzie, Fenestra’s founder and CEO, the business has a packed agenda: "The UK has always been a dynamic, cutting-edge market. Today, advertisers and their main agencies are moving through testing to adoption of blockchains. Direct, measurable value is on offer to both advertisers and quality publishers from Fenestra by optimising their supply-paths and capturing more of the value that programmatic undeniably creates."

As the media supply-chain starts to seize the real benefits of blockchain, as it is in almost all other supply-chains, Fenestra is a leading player. Simon Watson, Republic of Media’s head of digital sums it up: "Fenestra delivers our programmatic clients crystal clear transparency and cross-platform, actionable data insights. We have no hesitation in recommending them."

If Fenestra is a barometer, blockchain is set for bumper growth in the coming years.