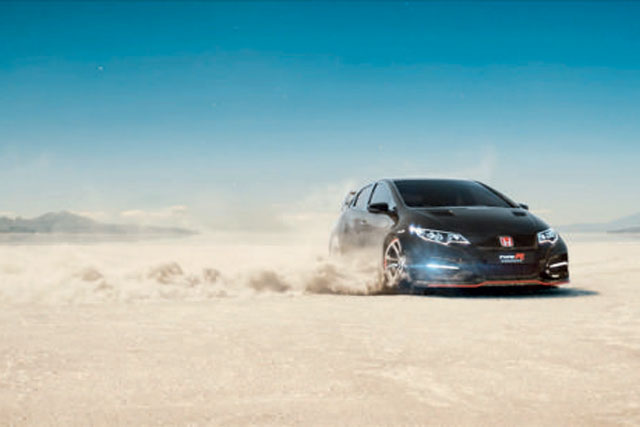 This ad features glimpses of the new Honda range, intercut with a manifesto shown one word at a time. The pace of delivery increases throughout the film, challenging our reading speed. It is inspired by an insight that the best things in life often happen outside our comfort zones, and it encapsulates the company’s philosophy: there’s always more we can do to push harder, go further and challenge ourselves beyond our perceived limits. A high-energy soundtrack, by Wah Wah, provides further encouragement for us to keep up.

Ikea 'The joy of storage' 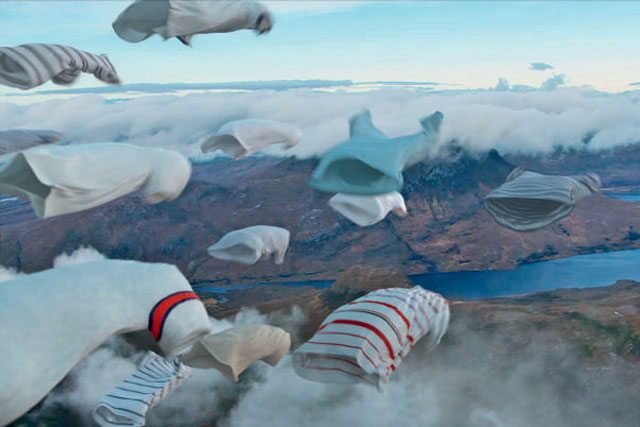 Animation and special effects come to the fore here as we’re shown T-shirts migrating like a flock of birds on an epic journey. We see them rising in alarm from a lake at the sound of a shotgun; then they’re startled by a dog from a field where they have been feeding; and we follow them flapping in formation through the wind and rain above a cruel sea. Eventually, they make it home, finding a safe haven in an Ikea Pax wardrobe. It’s part of an ongoing campaign promoting elegant storage as a way of improving everyday life at home. 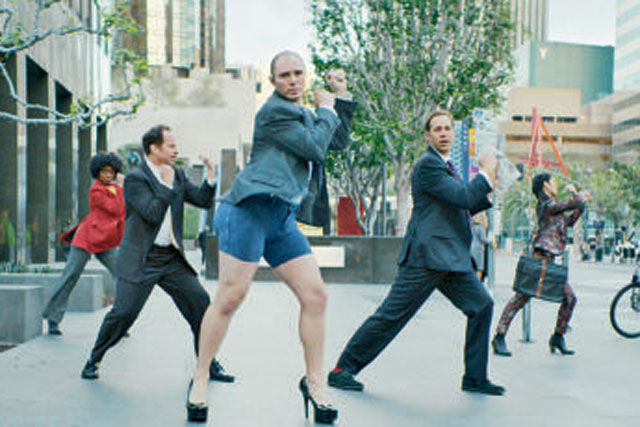 Moneysupermarket.com has an unwavering marketing strategy – inspiring people to save money on their car insurance so they can "feel epic". This, arguably its most exuberant execution to date, features Dave. From the waist up, he’s an everyday bloke; down below, he’s channelling J Lo and Beyoncé, showing off his derrière in a pair of tiny shorts and working an extravagant pair of high heels. As he shakes his assets to Don’t Cha, he startles passers-by in the process, not least Sharon Osbourne out walking her dogs. 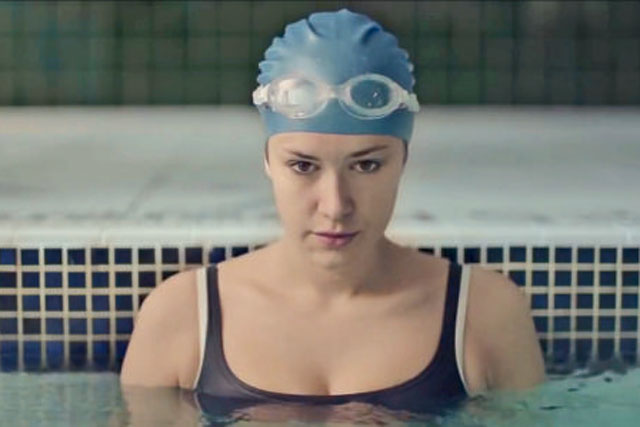 Nuffield Health has expanded beyond its heritage in private hospitals to embrace services including gyms, corporate healthcare and physiotherapy – but its branding has failed to keep pace with this evolution. Thus this latest campaign, which introduces a new positioning, "for the love of life", via a montage of people taking steps towards better health. We see people embracing challenges from recovery programmes after surgery to more modest keep-fit commitments. As the endline has it: "A small victory is still a victory."

Sport England 'This girl can' 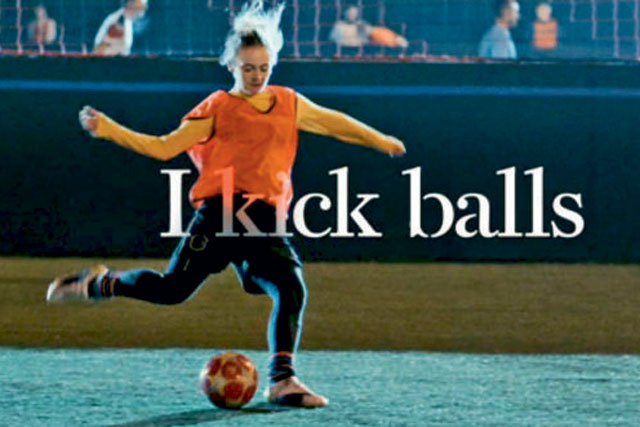 More women could benefit from exercise – but many fear they’ll be judged on how they look when they’re participating. So, rather than creating a campaign promoting the rational benefits of exercise, Sport England sought to inspire women to lose their inhibitions. And, instead of casting actors or professional athletes, this ad features real people. It shows women as they really are, celebrating their determination to take part and their ability to smash through "the judgment barrier" every time they put on a pair of trainers.

Five great telly ads here, and all worthy of accolade. But two, in particular, shine out for me.

I just know that as a piece of communication, Sport England’s "this girl can" spot is going to work: provocative copy, inspiring imagery and awesome music all knot together to show women of all shapes and sizes that sport is fun. It feels more real than the "real beauty" campaign for Dove. Great stuff.

And Honda’s "keep up" film. Wieden & Kennedy is faultless again. And again.

I’ve had this little piece of speed-read software in a desktop folder for years, waiting to deploy in some kick-ass social media campaign. It hadn’t occurred to me how well it could work in a broadcast medium. And I’m kicking myself. Again.