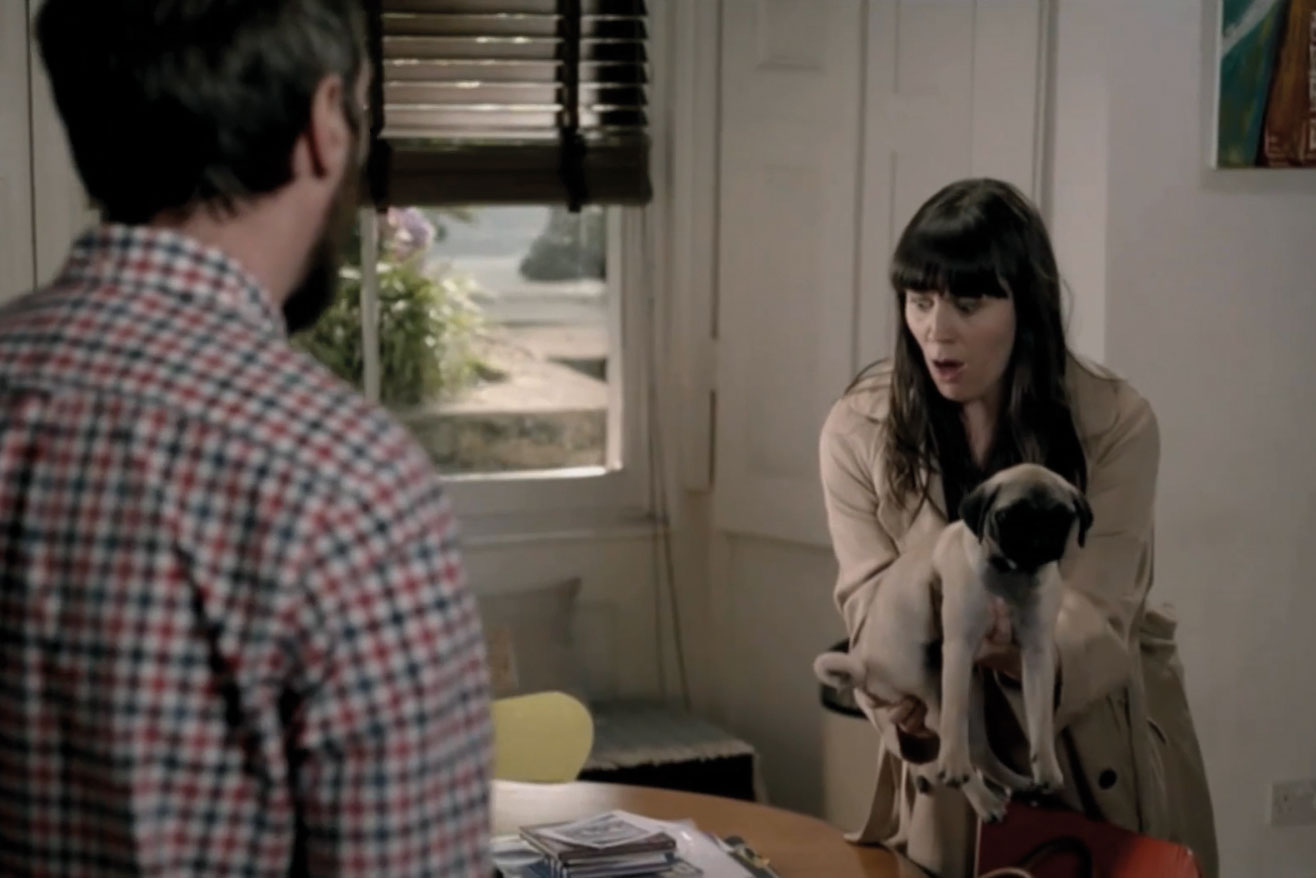 In this light-hearted domestic drama, we see a devious husband contriving to pull a fast one as he makes it look as if Benji, the couple’s blameless pug, has peed on their computer. The husband feigns dismay as he points out that "It’s broken… completely ruined" and the dog’s expression is a picture. "Somebody’s after a new laptop," the pug seems to be saying – and, indeed, that’s the spot’s pay-off caption. The campaign was timed to coincide with the arrival in stores of hardware featuring the new Windows 10 operating system. 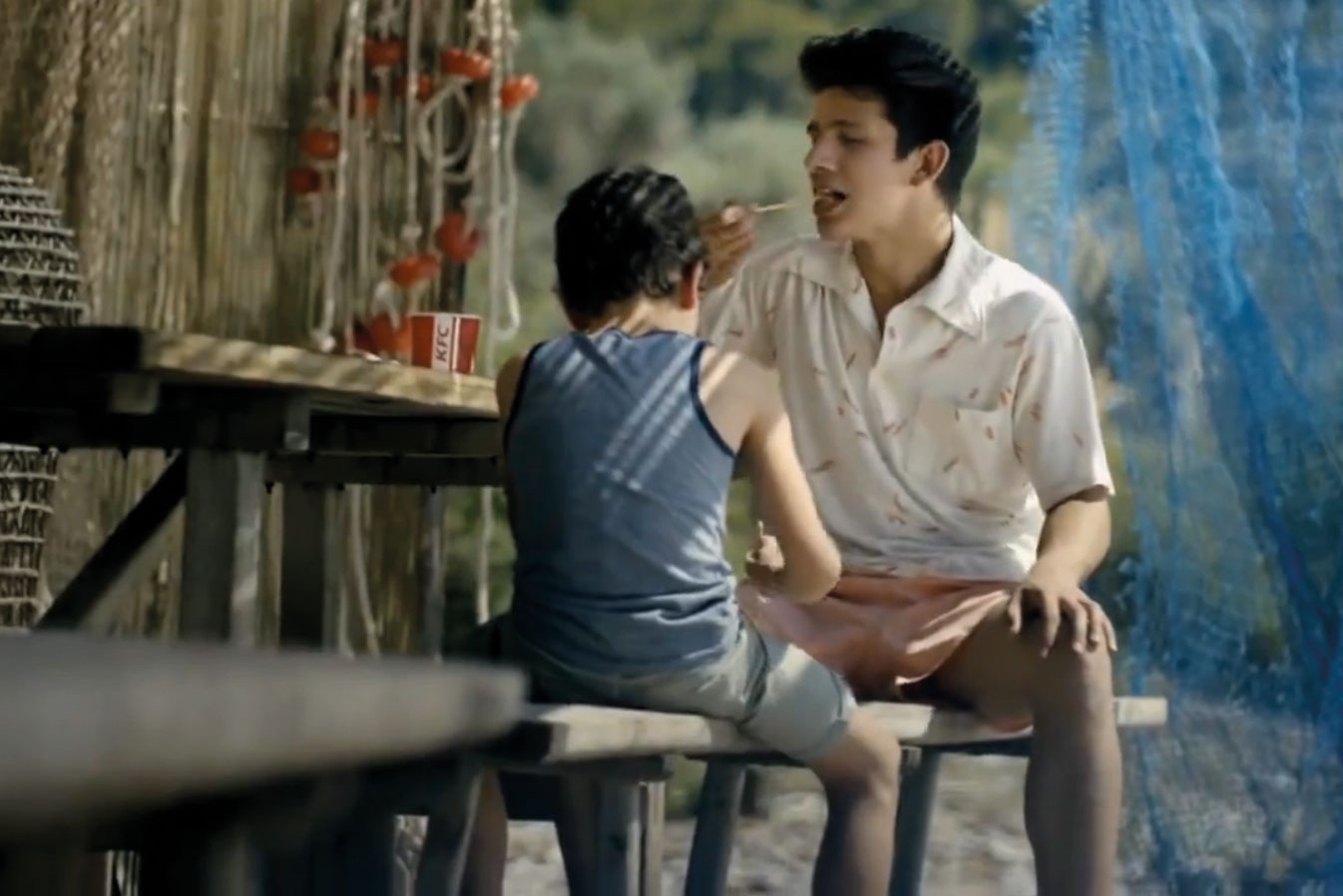 Set in enchanting Mediterranean locations, this ad outlines the idyllic summer story of two brothers who are inseparable. Their world is turned on its head when the older boy meets a girl, who also owns a scooter. They ride off into the sunset together – or so we suspect. But the story is not quite over: they return for the younger brother, take him along with them and make things right by buying him treats from KFC’s new Mediterranean Bites menu. "Share the flavours of the Med," it urges us. 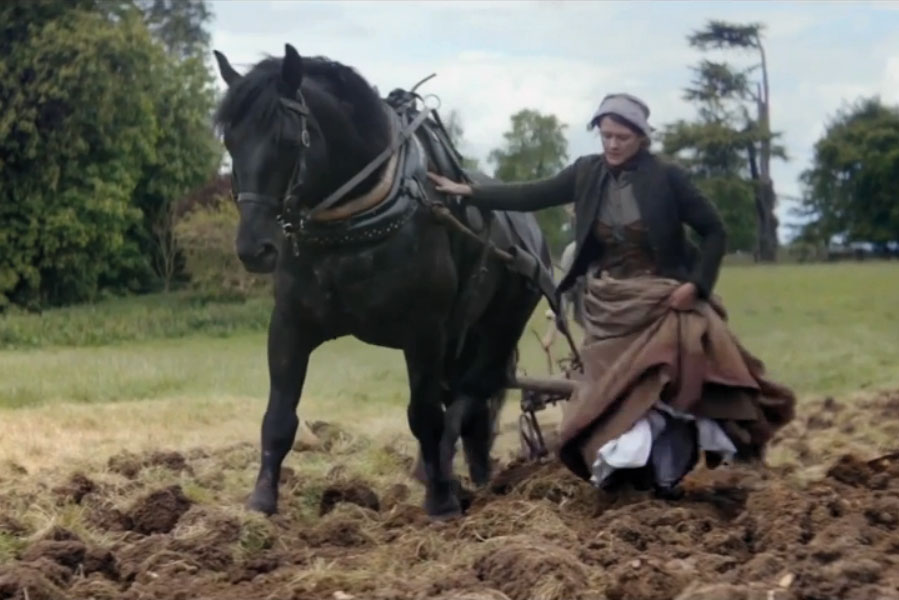 The brief was to celebrate 250 years of Lloyds Bank by conjuring up a montage of black horses as they (might have) featured in evocative scenes of British life through the decades. We see one yoked to a plough in a pre-tractor era, another as a cavalry charger in the Great War. In a more contemporary setting, it features as one-half of a pair pulling a wedding carriage. The aim was to show how, since its foundation on 3 June 1765, Lloyds Bank has been serving the households, businesses and communities of Britain. 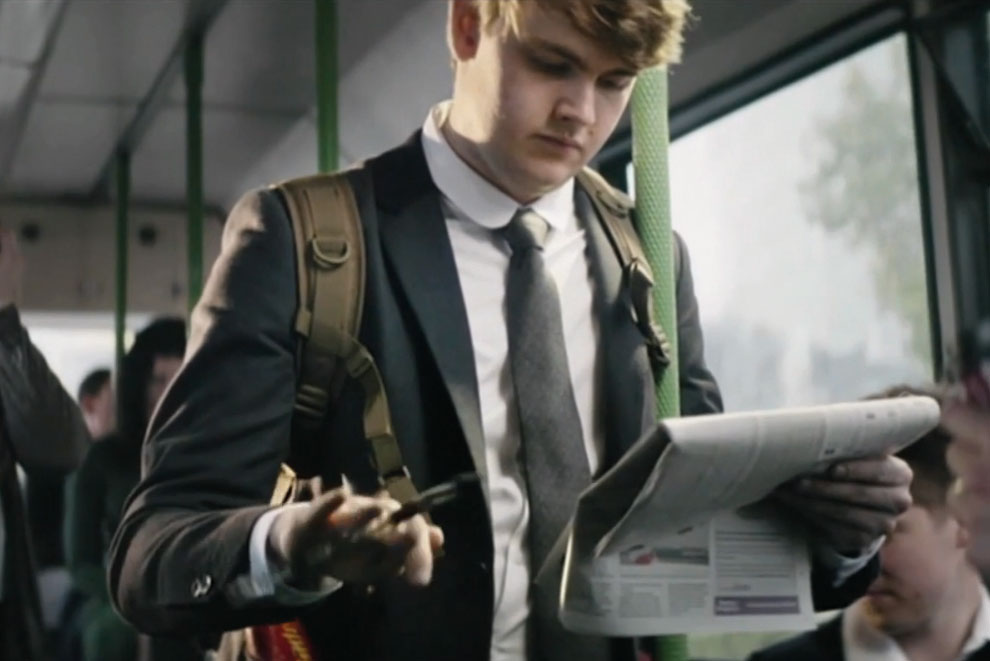 This humorous spot sets out to define the notion of "flow". It is, we learn, the "unmistakable feeling of [being] unstoppable… of no problem that can’t be solved… because you’ve found your rhythm". And, in an increasingly absurd montage, we’re offered examples of this "flow": a window cleaner giving his work a foamy flourish, a crossword puzzler twirling his pen flamboyantly, a librarian demonstrating her uncanny ability to throw books over her shoulder into the right slots on the shelves. As the pay-off has it: "Nice!"

Ribena 'You can't get any more Ribenary' 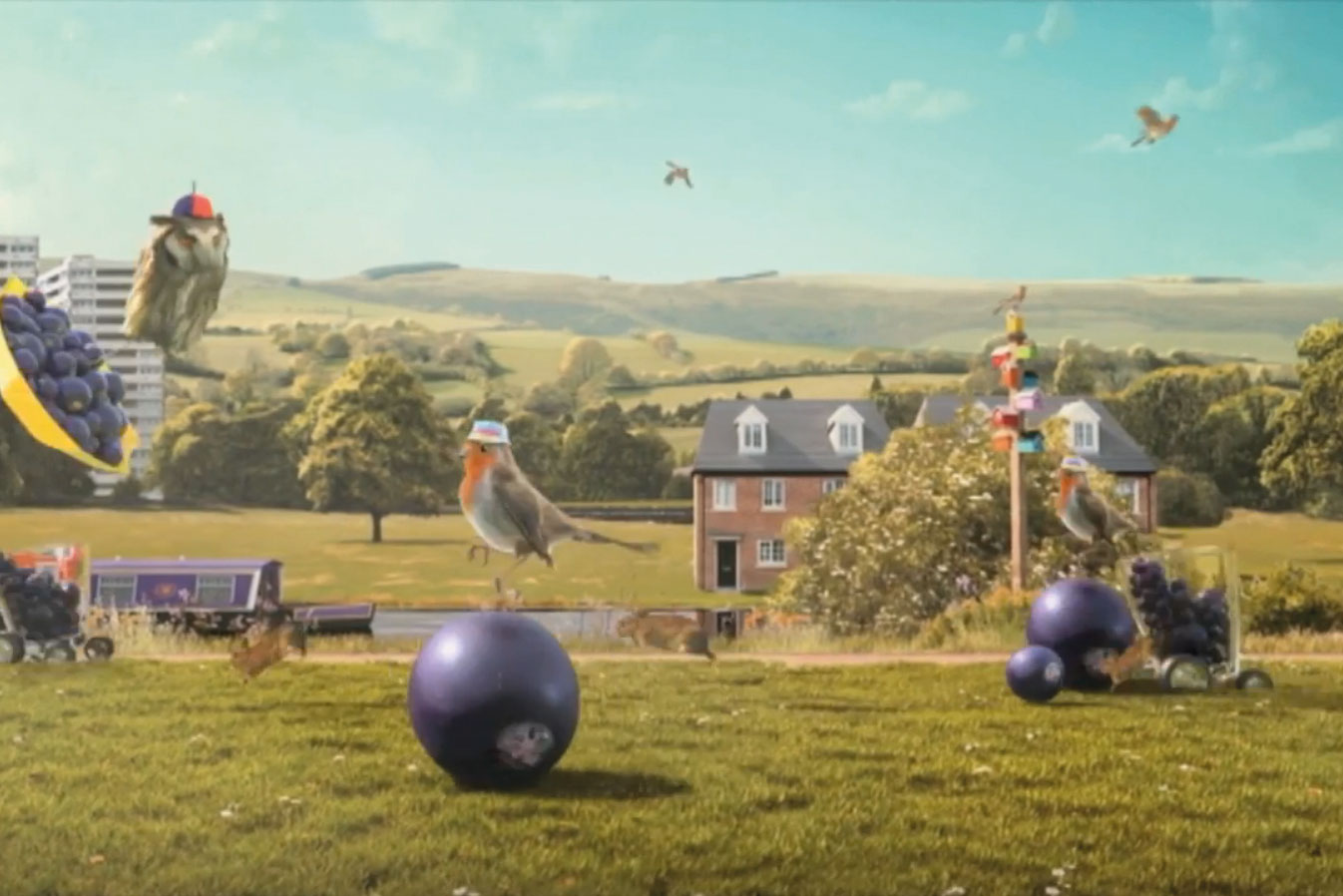 Ribena is seeking to reposition itself as a drink for young adults, rather than children, by taking the brand into an edgier, more visually intense territory. Thus the disorientating nature of this animated spot, featuring purple spheres evoking larger-than-life blackcurrants, rabbits sporting sunglasses and hat-wearing hedgehogs. This TV work was designed to integrate with the UK tour of an experiential roadshow offering consumers the chance to play on the Ribenary crazy-golf course.

TV at its best doesn’t tell you it’s talking to you, it just does. It self-identifies its audience using tone of voice.This month’s selection walks the walk, flexing the full gamut of emotions.

A bit of comedy from Currys PC World; an epic journey through 250 years of the black horse for Lloyds Bank; a cute KFC spot that has a gentle pull at the heartstrings; a Ribena ad that creates its own quirky world through animation; and a Lucozade commercial that puts the everyday back into sports drinks with a fun take on the athletes’ zone.

Five different spots, giving five brands a chance to set out their stall and tell their story not just through words and pictures, but also through the body language of the brand.

Because today, more than ever, it’s not just what you say that is important: how you say it is what reveals everything about you. Whether it’s with a smile or a tear, the emotional connection through execution is where advertising’s alchemy happens.