Which TV ads made the shortlist this month, taking a leap into the unknown?

Research has suggested that Denmark is one of the happiest nations in the world. Here Danish A-Lister Mads Mikkelsen explores possible reasons for this, getting on his bike to take us on a surreal tour of Danish cultural triumphs and more abstract ideas like ‘hygge’. Naturally, he ends up at a brewery, where he enjoys a glass of Carlsberg Export. Could this be the secret of universal happiness? Probably.

Giffgaff The Big Swim The idea that Giffgaff is a mobile network with a difference – it doesn’t tie customers into a contract – is illustrated in a swimming-pool setting, with a girl on a springboard. But instead of diving down she takes off, through the clouds, and we follow her on a fantastic space journey before she returns, happily, splashing down into the arms of her boyfriend. As the endline has it: "With no contracts you’re free to go, free to stay."

3. Lucozade Sport/Anthony Joshua "Made to move"

Lucozade has crafted a mini epic. This spot charts world heavyweight champion boxer Joshua’s journey, from early sporting prowess through brushes with the law and his determination to turn his life around, and concludes with footage of the first major triumph of his sporting career. It all serves to illustrate the brand positioning: "Nobody ever moved forward standing still."

We’re not used to seeing Masters of the Universe arch-villain Skeletor waking up and jumping out of bed in a great mood. Strutting out of the house to Irene Cara’s 80s anthem Fame, Skeletor draws a string of new admirers in his wake – including his nemesis, He-Man, who’s clearly moved by the transformation. "Skeletor," he declares, "You’re so Moneysupermarket."

5. Virgin Media "This is Fibre"

In this contemporary take on Wacky Races, a cable morphs into a brightly-lit, futuristic tunnel as characters and motorbikes, cars, carriages and spacecraft hurtle down it to your TV. It’s a gloriously anarchic spot – and how better to remind us of the unique nature of Virgin’s cable delivery technology, as well as underlining the array of entertainment content it offers? 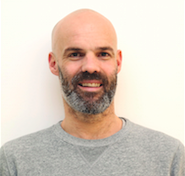 Ads can captivate. Make no mistake. But only when someone rolls the dice. When they leap into the great unknown. It takes a brand on a mission. A client who doesn’t want to play a percentage game and ‘manage risk’. An agency with nothing to lose. A writer who dreams big. Ruthless simplicity. Inspired music.

So high fives to Who Wot Why for its new Giffgaff spot. It’s not predictable or a well-worn formula. It took me by surprise compared to where the brand has been before. No one is coasting here. It takes balls and skill to make this kind of work. And no doubt an incredible passion and determination to make a limited budget go a long, long way.

And suddenly Giffgaff means something different than it ever meant before. That’s what an ad can do.