Babies crawling on the ceiling, lakes of milk, a diligent young gardener, adventurous cooks and the emergency services all feature in the March/April Thinkboxes awards for TV creativity.

Anchor Cheddar 'The glorious nothing days' 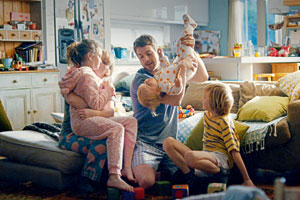 This is a celebration of those days when nothing is planned and the family can make the most of being together. Narrated by Peter Capaldi, it’s a montage of mischief and mayhem.

Of course, the perfect meal on days like this is cheese on toast. The brief was to show the role Anchor can play for mums and dads who want to show they care through the food they provide – and the ad used real families to engage with the audience by capturing moments of emotional authenticity. 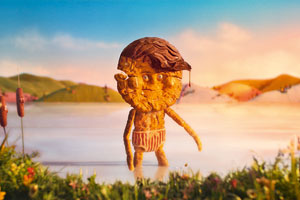 More trademark wackiness from Cravendale as a biscuit boy named Barry goes for a dip in a lake of Cravendale milk.

Despite being warned by his mum not to swim for too long, he loses himself in the lake’s milky bliss – and, on emerging, he is horrified as his soggy biscuit head falls apart.

Could this be the end? No. He staggers home, where Mum and Dad bake him a new head. And then they teach him about even more enjoyable uses of milk by giving him a glass of Cravendale to drink, thus illustrating its deliciousness. 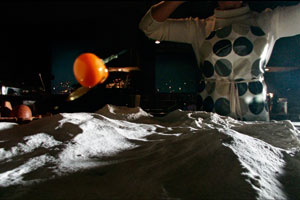 Evocative of 2001: A Space Odyssey and with a voiceover borrowing rhetorical tricks from motivational speeches, this spot is firmly in the recent tradition of epic Lurpak ads.

Shot in close-up from unusual angles, ingredients become almost alien or morph into disorientating topographies – and cooking becomes a matter of high-tech adventure, complete with pyrotechnics and close encounters with rogue "space debris".

Ultimately, the spot celebrates the adventures that may lie in preparing every meal. 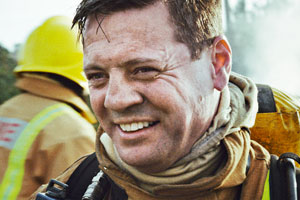 The brief was to highlight the dependability of Vodafone’s network in a cinematic yet realistic portrayal of an emergency-services call-out.

Footage shows a fireman at work; the narration is supplied by our hero’s wife, who explains that, even after 27 years of married life, she still wants him to phone or text to say he’s OK.

As the drama climaxes, we’re told that 77 per cent of those in the emergency services use Vodafone.

That aim was to disrupt the trivialisation of the field and give a new seriousness to the Vodafone brand.

Waitrose 'When you own something, you care a little more' 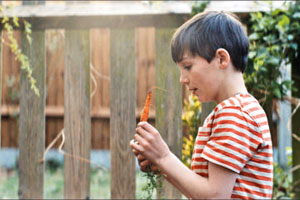 In this spot, we see a boy lovingly tending a single carrot plant through hail and shine, impatient to harvest it as soon as it’s (just about) ready.

Though it looks rather puny alone in its roasting tin, he cooks the carrot before presenting it for approval at the family dinner table – and he’s as proud as punch as they savour its taste.

It’s a reminder that we lavish attention on the things we own – and, by analogy, that’s why the Waitrose ownership structure delivers customer benefits.

There are some wonderfully natural moments in these ads.

There’s the moment the young lad manically wafts away the biting midges in the Waitrose commercial.

Or the moment the egg takes a giant leap on to the floury lunar landscape for Lurpak.

And the bloke has just had bubbly cheese on toast, not a massive cold-turkey meltdown.

But it’s a lovely touch because, somehow, the whole pretence of the ad is put on hold.

It’s only brief but it just feels really "real".

Not cheesy at all, ironically.