Audi sets itself apart from the conventions of the sector (spectacular scenery, sunshine, car on the open road) by giving us an elegantly shot, slow-motion study of an Audi in a moodily lit underground car park. It’s spinning in a perfect circle, tyres smoking; and, as we pull back from an overhead shot and dissolve into a graphics overlay, this circle, scorched onto the car-park floor, morphs into one of the four interlinked rings in the Audi logo.

The Scottish football team failed to qualify for Euro 2016, but Paddy Power reckoned that needn’t stop punters north of the border getting involved – even if it meant betting on England to lose. This surreal, anarchic ad, which aired during the tournament, shows a rowdy Tartan Army, including the Krankies and former Scotland players, marching through a misty Highland glen to do just that. "That’s the spirit, Scotland," proclaims the endline.

James Blunt is the latest star of this tongue-in-cheek campaign in which celebrities are lampooned for their (fictional) Lotto-win aspirations. Blunt’s dream, should he win, is to develop technology to communicate with people through mirrors: a Blunt avatar will always be there to sing the refrain from his song Beautiful. Predictably, it drives people to distraction. "Anyone can win with Lotto. Please, don’t let it be him," pleads the endline.

Most kids being dropped off at school are chronically embarrassed by their parents – and, more particularly, their cars. So, if you can cut it on the school run, you can probably cut it anywhere. The lucky girl here has a dad who drives a gleaming-new white Tiguan, and the envy of her schoolmates is beautifully captured in a sequence of reaction shots. The car is as cool as the music used in the ad – Hip Hop by Dead Prez.

In this fast-food mini drama, an office worker is holding up the lunchtime Subway queue: there’s so much choice, he can’t make up his mind. He usually orders a Meatball Marinara, but as we tune into his inner monologue we find him attempting to summon up the resolve to try something different. As the tension builds, he orders his usual sub, but then blurts out: "No. Steak and Cheese." The conclusion: "Welcome to the new world, Columbus." 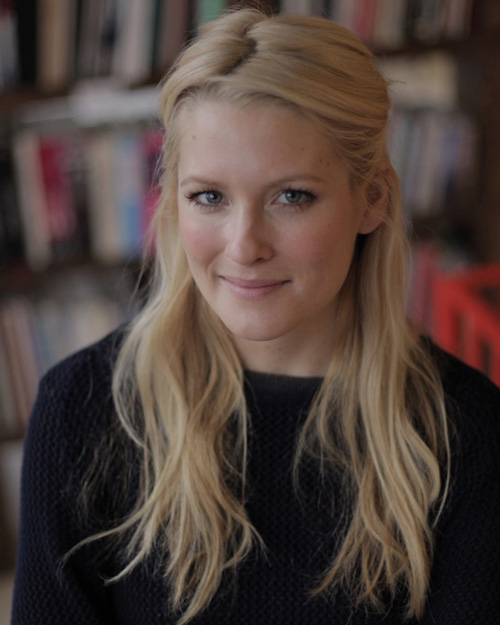 I’ve just had lunch with 20 13-year-olds at their school. I was meant to be a special guest, but I think they were very disappointed. Last week their friends had had lunch with a soldier; these poor guys were stuck with me, "Alex from advertising".

They’d never heard of any of the ads I’d done, so I ended up lying: "Ronaldo? Yeah I’ve worked with him." Which means, looking at these ads, I’m mainly wondering: which one would have impressed the teenagers I just had lunch with?

I would have gone with the James Blunt Lotto ad – I reckon they would have seen and liked it. It’s always satisfying to see a celebrity being the butt of a joke, especially a well-crafted one written specifically for them.

The "Please not them" campaign must be fun to write; a nice, legitimate way to use D-list celebs. It probably raises as much of a laugh as the TV programmes the ads are sat among, too.