Combining a creative career with caring responsibilities is not always easy. Nadine Young, global head of strategy at Blue 449, shares her top strategies for success.

In 1934, my grandmother walked into the office where she worked as a secretary, and announced her engagement. Her (female) manager immediately told her she’d be expected to resign after the wedding because, "you’ll be able to rely on your husband for financial support once you’re married". Today, gender equality, working mothers and the debate about whether we can have it all are ongoing topics in our industry. I’m fascinated by the conversation and I am inspired by and grateful to the women (and men!) within our industry who champion our cause, who keep the conversation high-profile and who, I believe, are truly changing things in ways that matter.

As a sole parent, I’ve found that some of the conversation around being a working mum is less relevant to me because so often it assumes the presence of two parents: the need for the man to be an involved father, to step up and support the woman with her career goals. The need for equal family leave. Yes. Absolutely. But what happens when there is no second parent? Who ‘steps up’ to support the single mum or dad when the going gets tough? When there’s only one parent doing double duty, where do you go when the big agency pitch clashes with your child’s birthday or worse, an illness?

In her emotive Mother's Day Facebook post earlier this year, Sheryl Sandberg captured some of the more unique challenges of sole parenting far more eloquently than I could ever hope to. It’s never going to be plain sailing as a working parent, regardless of circumstances, and I suspect our (very privileged) industry is more supportive than many in this area so I count myself lucky.  But in my experience there are strategies all of us in our industry can try to adopt to minimise work/family related stress as far as possible – and they’re even more important if you’re a sole parent. So while this is written from the perspective of a single mum, I hope that some of what I’ve learned will prove useful for all the mums in our industry (and maybe some dads too), in our ongoing quest to have, or at least balance, it all.

1. Your employer needs to be part of your village 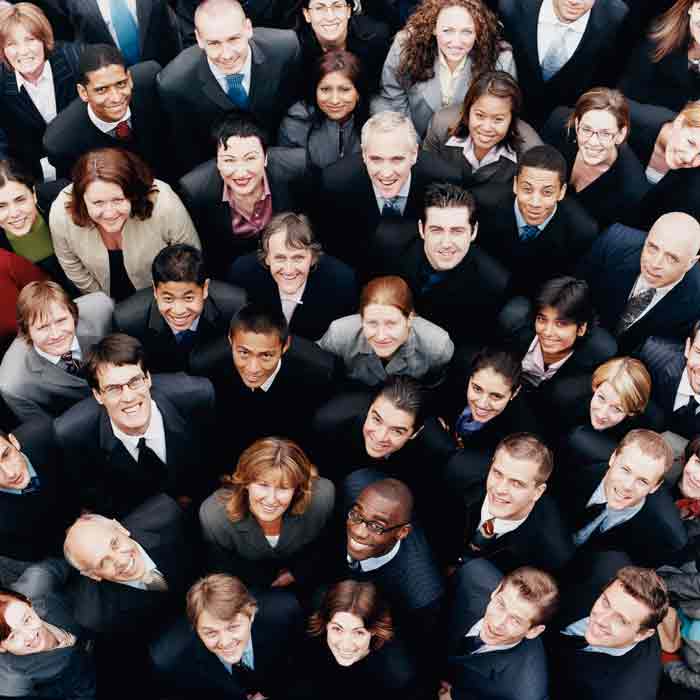 Everyone knows it ‘takes a village’ - every parent needs one, and for the sole parent this is more crucial than ever. I’ve learned that the ‘village’ has to extend beyond friends and family - your employer has to be part of your support network too (whether they realise it or not). Since becoming a mother I’ve had various managers across different holding groups and in different markets, a mix of men and women, some with and some without children of their own. Each and every one has been unequivocally warm and supportive and has always had my back. Perhaps I've had a bit of luck in landing the right bosses. But I also have a pretty strict filtering process that may have helped me. At each potential new opportunity I've asked myself, ‘do I believe this person will be part of my village?'

When my boss in New York once said to me, ‘I know you have to leave soon so let’s pick this up again tomorrow’, I knew I had added to my village. She had been eyeing the clock on my behalf more closely than I had and, with that one sentence, she earned my loyalty forever.

Trust your instinct. If you don’t feel that your manager will be part of your village, the role probably isn’t right.

2. Set clear boundaries and stick to them 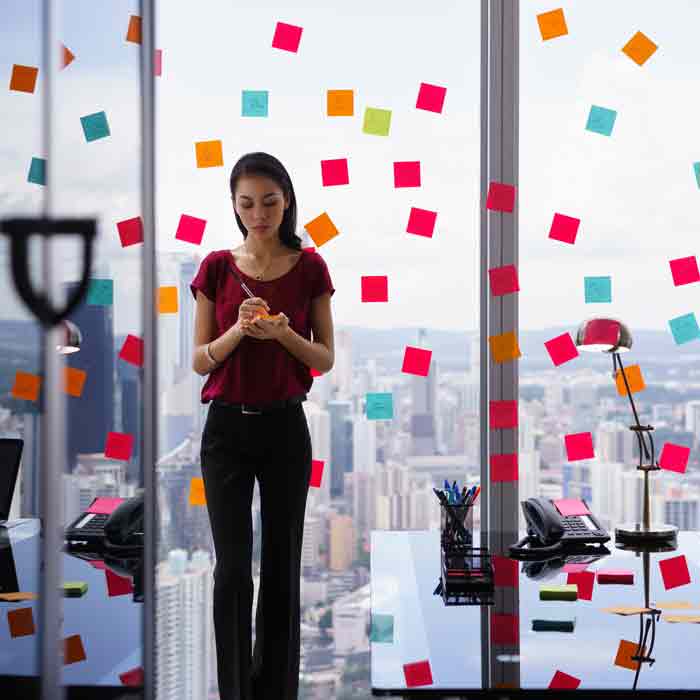 But is it fair to your employer, to rope them into your village without them signing up for it? I think it is if you are open and transparent about your boundaries up front. In the interviews I’ve had since becoming a mother, at the right stage in the process I’ve been very clear on my boundaries: what time I need to leave every day, how much travel I can manage, how I intend to plan for late night or weekend pitch work. Equally, of course, I’ve made clear what I will do, and I commit to doing it as brilliantly as I can. I do my best every day to be as valuable an asset as possible to make sure my employer feels he or she has a good deal.

Setting boundaries means I don’t disappoint anyone if I have to leave mid-way through an overrunning meeting, nor do I have to apologise for it, because I was open up front. Slinking out of a meeting guiltily, to raised eyebrows is not something I ever want to do.

In an era where Millennials are increasingly seeking work/life balance, agencies are becoming better at creating work environments where boundaries are accepted, or at least tolerated. Boundaries are positive for everyone of course, you shouldn’t have to be a parent to apply them. But in some ways they’re easier to stick to if you’re a parent, even more-so for sole parents, because often you really have no choice – if you want your child-carer to be loyal to you, or the after school club not to get annoyed with your constant lateness, you need to respect their boundaries too.

Ask a potential employer straight up: "are my boundaries ok with you? Can we make this work together? Do you think this is reasonable?" If the answer makes you feel uneasy, walk away if you possibly can. The right roles and the right people exist in our industry for you to make it work. Hold out for them. 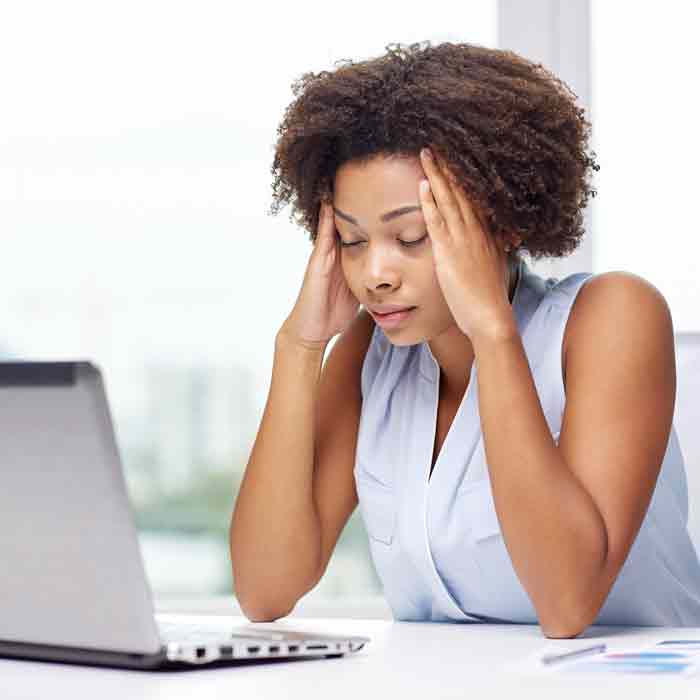 Clashes will arise and from time to time it will seem like you just can’t juggle the two. My lowest ‘mom’ moment in New York was when my ‘manny’ texted me at 11pm one Sunday night to say he was sick and wouldn’t make it the next day. I was thrown into panic - I had to be on a plane at 11am Monday for a pitch.

The pitch was a really big deal; if I couldn't find a solution and make it onto that plane, it would really damage the trust my boss had in me. Thinking about the two hours where I scrambled around late at night talking to every available friend and Googling every emergency babysitting service in the Tri-state area to find 36 hour childcare cover still leaves me feeling slightly sick. But I did make it onto the plane in the end, thanks to some fabulous friends. We gave a great pitch presentation - and my son was fine.

Then there was the time I found myself close to tears in a Starbucks on the Upper West Side because toddler tantrums and 3am pitch work proved not to be a winning combination (in fairness I did get a free iced latte for my tears, so all was not lost). At the time it was just. The. Worst thing. Ever. When three other mothers in the agency all shared similar stories with me it just became another funny mum story – and a reasonable tip on how to get a free coffee out of someone.

Find workarounds whenever you possibly can. Store goodwill for the one time there is really no solution. And hang onto the fact that those stressful clashing priorities will almost always work out ok.

So can we really have it all? I know there are many women out there who believe they can. As for me, I may have made some sacrifices along the way, but if I’ve missed out on networking events, or there are the occasional weeks when I don’t see as much of my son as I’d like, or my childcare costs have skyrocketed during a pitch, I’m ok with that. Those are, to me, small prices to pay for what I have. So no, I don’t think we can have it all, nor do I necessarily believe we should expect it. But I do believe, with the right people around us, we can have enough. Much, much more than enough.

Read more: How to stage a creative comeback

It's time to smash the glass wall