Three UK is uniting its sponsorships of Chelsea FC and Channel 4's Gogglebox to mark the return of Celebrity Gogglebox.

The new idents from the mobile network will be running on Celebrity Gogglebox throughout the series, with Chelsea FC players Mason Mount, Reece James and Timo Werner seen watching the show on their mobiles while they stretch, train and relax.

This is the first time Three UK has brought together two sponsorship assets, with the spots part of Three's continued drive to strengthen its brand appeal to multiple audiences.

In February 2021 for the recent Gogglebox series Three launched social media game "Lingo bingo". The game, which is making a return for Celebrity Gogglebox, invites viewers to select three words they think may come up in the show; if correct they are entered into a prize draw. The game will be running across Three's Facebook, Twitter and Instagram. 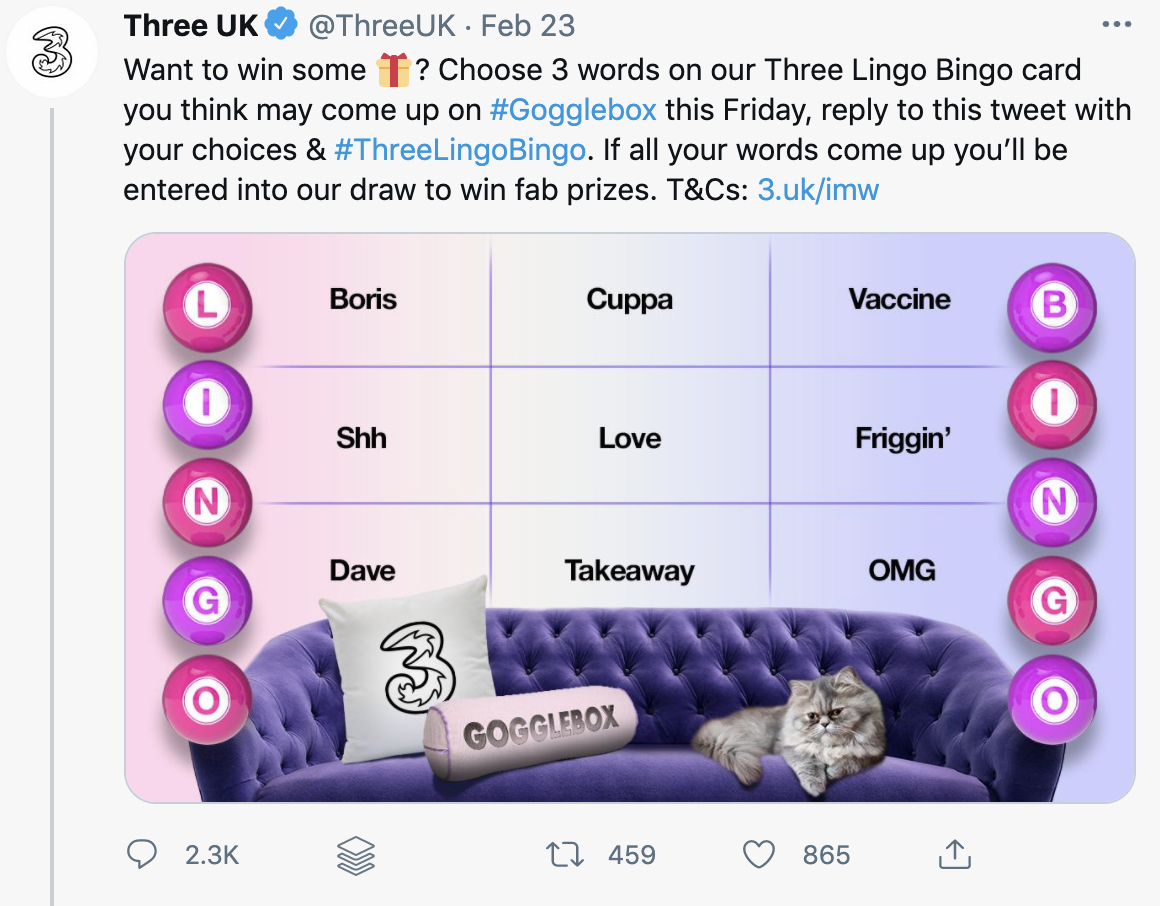 Aislinn O'Connor, director of marketing for the UK and Ireland at Three, said: "At the outset of our Gogglebox sponsorship, we promised innovative activations. The return of Celebrity Gogglebox with some former Premiership footballers in the line-up presented the perfect opportunity to unite our two major sponsorship assets in an inventive way.

"We're confident this will help drive further consideration and growth of the Three brand. In the meantime, we're very much looking forward to watching the new series of Celebrity Gogglebox – a partnership we are very proud of at Three."

Google partners News UK to bring back The Funday Times