A male couple feature in one of seven executions in the American company’s new print campaign, which focuses on engagement and is entitled ‘Will You?’.

The two men are a couple in real life, a Tiffany & Co spokeswoman told CNN.

The spokeswoman added: "Nowadays, the road to marriage is no longer linear. True love can happen more than once with love stories coming in a variety of forms."

Reaction to the move on the company’s Facebook page was mixed, though mostly positive: 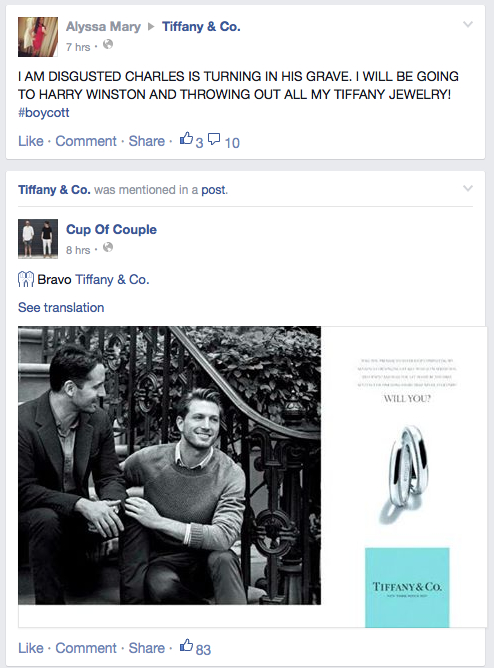 The pictures used in the ads were shot by fashion photographer Peter Lindbergh. It is not clear whether Tiffany & Co’s global ad agency Ogilvy & Mather was involved.

The other six ads feature models as straight couples. One couple is pictured on their wedding day with a child, which is intended to demonstrate tolerance of having children outside marriage.

This article was first published on www.CampaignLive.co.uk

Revealed: the lowdown on the UK's biggest-spending fashion consumers

Gatorade launches campaign for 'one more'