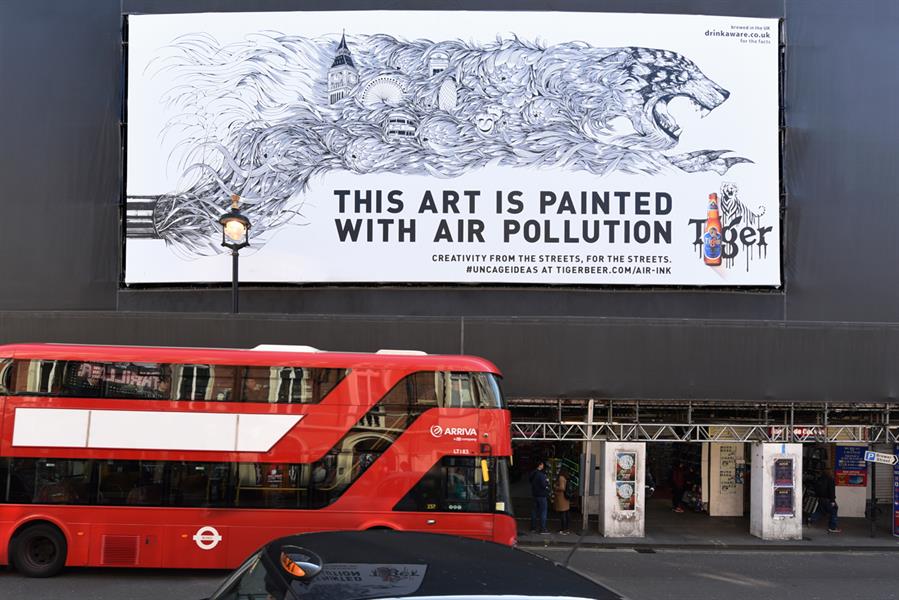 Tiger Beer has teamed up with Anriudh Sharma, the inventor of Air-Ink, which turns air pollution into ink.

The beer brand has installed a billboard on Shaftesbury Avenue featuring artwork made using Sharma's tech and polluted London air.

To accompany the outdoor campaign, Tiger has also opened the Clean Air Gallery in Brixton, featuring work made with the ink, by artists from some of the UK's most polluted cities, including Glasgow, Leeds, Southampton and Nottingham.

After the London launch, the campaign will roll out in Berlin, New York and Singapore.

Coca-Cola "Feel it" by Publicis Italy

Tiger Beer "Made in Asia" by Marcel Sydney

Tiger Beer "Made in Asia" by Marcel Sydney