TikTok’s UK user base will pass 10 million by next year, eMarketer is forecasting, in a sign that the platform is broadening its popularity beyond teens.

The video-sharing app, owned by Chinese company ByteDance, has exploded in popularity since launching in the UK in 2017 and doubled its UK user base last year (up 205.3%) to 4.9 million. 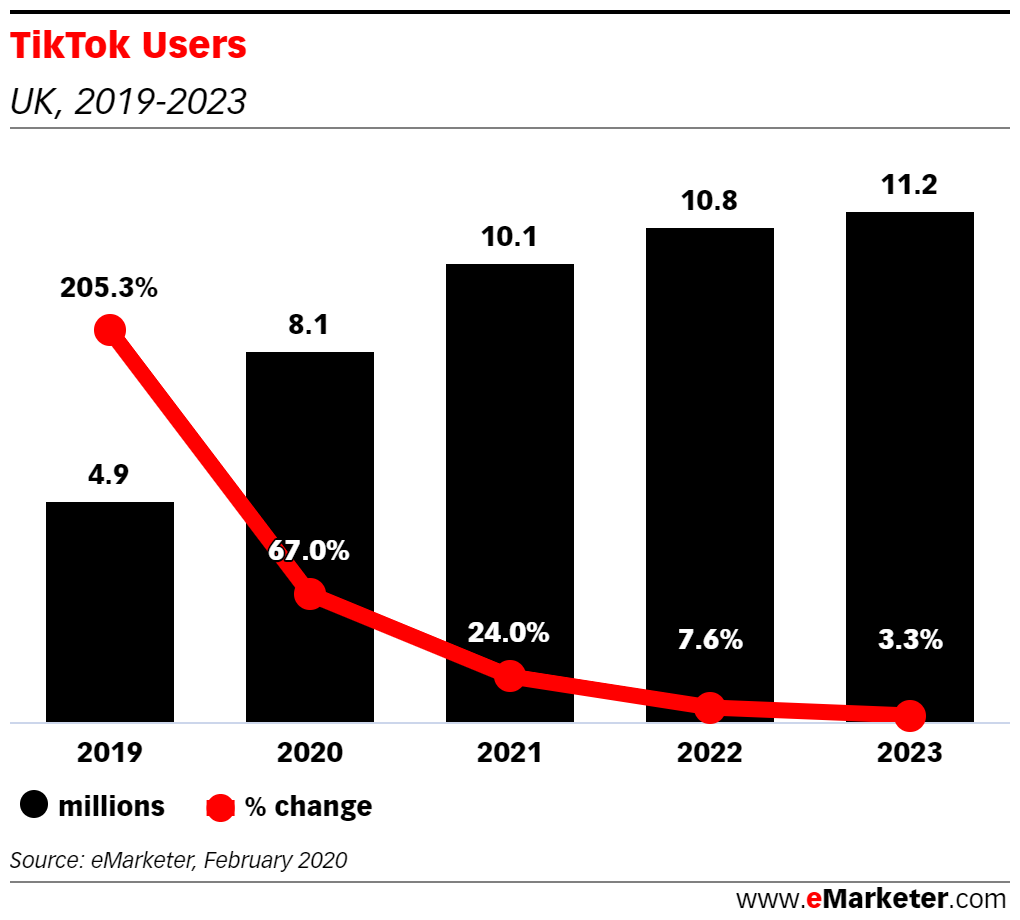 From 2022, TikTok’s growth is expected to slow to single digits as the app becomes heavily saturated among its core younger users, while competition heats up from established social media rivals (such as Instagram and new sister Facebook video-sharing app Lasso) and even younger newcomers such as Byte.

"TikTok had a breakout year in 2019 and it is incredibly popular among teens at this point," eMarketer principal analyst Debra Aho Williamson said. "Some are spending multiple hours per day on the app, which is a testament to the incredible stickiness of its scrolling video format. But it has yet to develop a strong following among older generations."

Williamson added: "This year, we expect new entrants like Firework [US start-up] and legacy players like Instagram and Facebook to take on TikTok. Instagram is a particularly large threat; it recently added new tools to its Boomerang looping-effect feature that mimic similar features on TikTok."

This year, 20.2% of UK social network users (about one in five) will use TikTok at least once a month, eMarketer added. Despite having lower penetration than more established competitors, TikTok appears to be one of the few social apps whose penetration is growing. 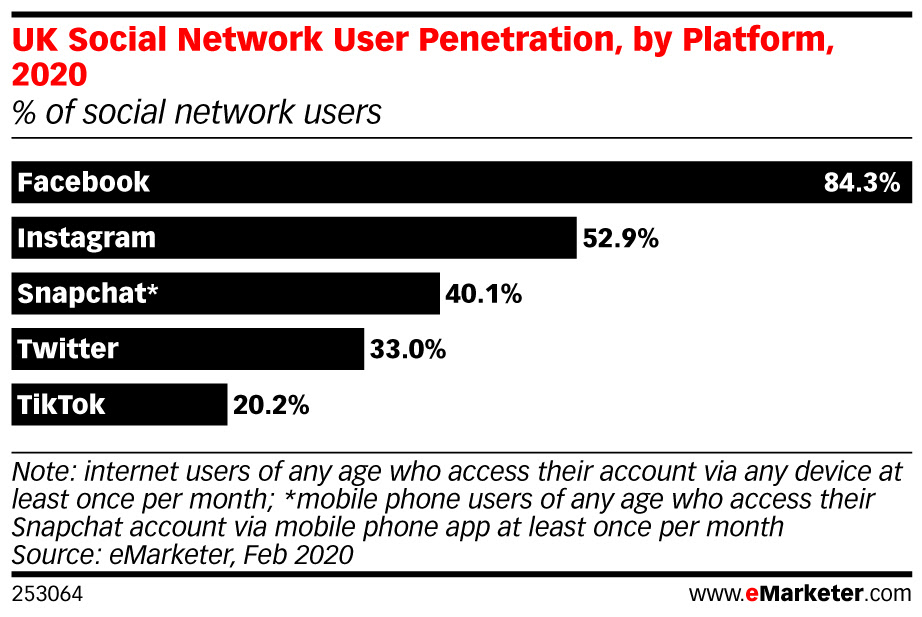 Is TikTok the first big revolution in social media?

TikTok opens up to programmatic with The Trade Desk deal