The short-form video app takes a further step into the mainstream.

TikTok is making its TV debut in the UK today after agreeing an exclusive deal with Samsung that will enable the video-sharing platform to be viewed on big screens made by the Korean electronics giant.

A new TikTok app has been specifically created for newer Samsung TVs (made from 2018 onwards) and will allow viewers to see the “For You” and “Following” feeds.

The app organises TikTok content into 12 categories, covering areas such as gaming, comedy, food and animals. It can be downloaded via the Samsung Smart TV app and will now be pre-installed on all new Samsung TVs.

TikTok is forecast to grow its UK user base by 75% this year to 8.5 million users, according to eMarketer, which means more than one in 10 people in the country will use the short-form video platform. 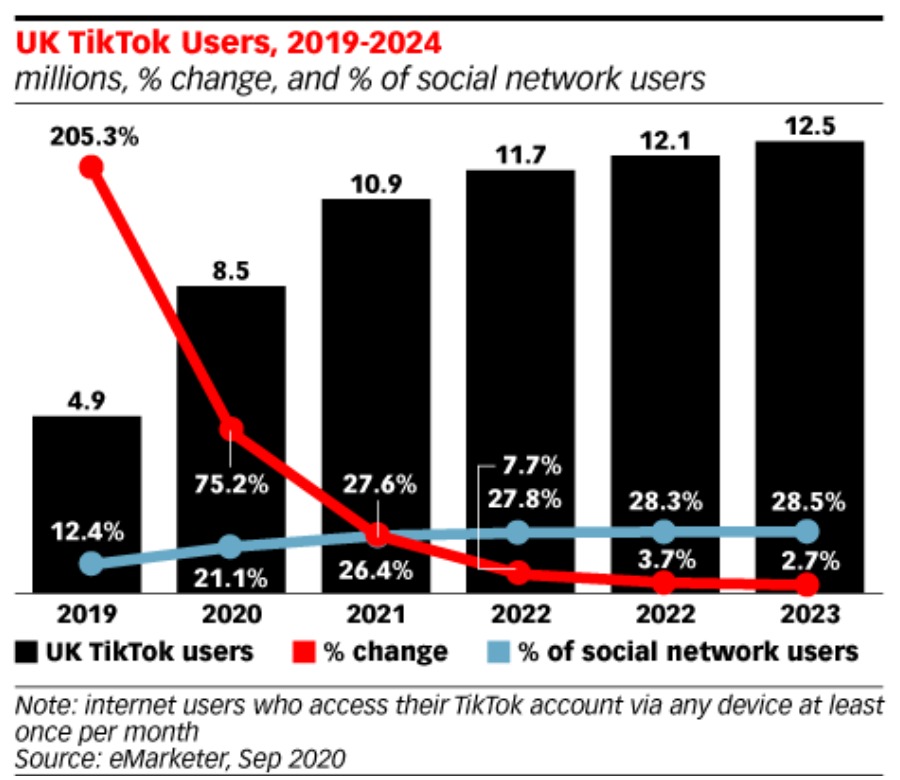 Owned by Chinese company Bytedance, TikTok was previously known as Musical.ly. It quickly became popular last year with teens and tweens as a place to make and watch unusual short clips, often set to popular music.

Rich Waterworth, general manager at TikTok UK, said: "The past year has dramatically changed the way we live, work and play. More of us are spending more time at home, watching TV with loved ones and enjoying content that entertains and educates through our smartphones.

“This has led us to think about how we can bring the creativity and joy of TikTok to even more people across the UK. Our new TikTok app will do just that, giving the millions of Samsung TV owners access to our trending recipe hacks, comedy skits, challenges and more – straight into living rooms across the country."