Cadbury's on the hunt for the new Milk Tray Man.

Kate Stanners will now continue as the sole chief creative officer, with responsibility for international accounts. Silburn will not be replaced. It is understood that he does not have a job to go to.

Andy Jex and Rob Potts, the executive creative directors, will take over Silburn's responsibilities on the £50 million Direct Line business. Jex and Potts already manage the creative on all other UK accounts.

Read on for just a few of Silburn's career highlights and comments from the man himself.

Or catch up on more people moves, including the group chief executive of M&C Saatchi, Lisa Thomas, leaving to join Virgin Enterprises as its managing director and global head of brand, and Kristof Fahy leaving the Telegraph to lead marketing at Ladbrokes. 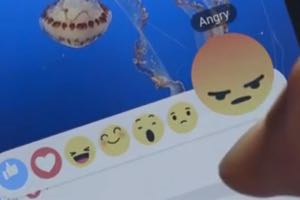 Most read: Facebook launches 'Sad' and 'Angry' buttons, but no 'Dislike'

Facebook is trialling a new range of expressions to complement its  "Like" button in Ireland and Spain, Campaign's Omar Oakes reports.

Today we’re launching a pilot test of Reactions — a more expressive Like button. As you can see, it’s not a "dislike"...

Frankly, we're with ex-overengineer at Facebook Evan Priestley, who commented: "Where are 'Pterodactyl', 'Baby Tequila' and 'The World Burns'?"

Do you have breaking and entering priors? Do you "know the importance of being caring and considerate"? Do you look good in a black polo neck? Perhaps you could be Cadbury's next Milk Tray Man.

The brand has brought back the original Santa for chocolate in a new ad campaign, which sees him search for his more thoughtful successor.

The integrated campaign will include social media and PR activity, content films, in-store and out-of-home work. This will be handled by a group of agencies – Golin, Elvis, PHD, Gravity Road and RPM.

Most importantly, apply for the position (salary DOE) at newmilktrayman.com. 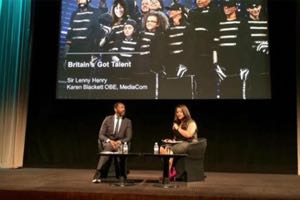 Did you miss the live stream of Thinkbox's annual event, which delved into the biggest issues in TV advertising? Fear not, the whole thing is available to watch on Thinkbox's website, and we've got some exclusive highlights. The first is from Sir Lenny Henry's discussion with Karen Blackett.

And here's CEO of Camelot UK Lotteries, Andy Duncan, discussing how marketers can claim their rightful seat on the board.

Watch all of the BigThink@Bafta 2015 talks.

Take 30 minutes out on your commute, or at home this weekend, to sit back and listen to Marketing's monthly podcast, which explores unusual concepts and new technologies to help marketers find some creative inspiration.

This second episode features Sam Bompas, one half of "jelly architects" Bompas & Parr, discussing the future of food and its impact on brands.

Thoroddsen discusses the start-up's success on Kickstarter and whether cricket flour can be a viable protein source.

The team discusses everything from in-vitro meat to the practical difficulties of baking crickets.

The Swedes get a six hour work day, now this

Who will be named Agency of the Year at Marketing's New Thinking Awards?