Brands, agencies and individuals can help shape the UK's approach to Brexit.

Not to mention the pathetically staged traffic jam exercises and multimillion-pound ferry contracts awarded to companies that don’t have ferries (it would be the stuff of great comedy if only it weren’t true).

Unsurprisingly, support for staying in the European Union is at its highest since the referendum at 56% against 44%, according to the latest YouGov polling, rising to 59% against a no deal and a staggering 65% against 35% for those opposed to Theresa May's plan. Yet, as I write this, the prime minister and the leader of the opposition seem to be engaged in the biggest game of chicken – and both have form.

There has been plenty going on, but nothing that helps us as the clock carries on ticking until 29 March. The stakes have never been higher, the situation never so critical.

Nonetheless, I was heartened to read the coverage this week, following the IPA’s Bellwether Report, of the British Fashion Council and other creative industries coming out for a People’s Vote – and, of course, what adland’s "great and good" think about what this defeat means for the country.

In part, it's because most of you think that the only way forward is to put it back to the people (which is what I’ve been helping to campaign for over the past seven months). But mostly it's because it is now an open, published point of discussion – wherever you look, the penny has well and truly dropped and businesses are now having the guts to come forward and speak out.

I started at the People’s Vote campaign in May to help organise the first big march in June. The campaign had launched a month before in a room of 1,000 people and with a few hundred hardcore, devoted and determined volunteers out on the street.

We were dismissed back then as a diehard bunch of remoaners. We had to fight hard to get on air and to be part of the debate. The first march in June changed everything in terms of the media and political debate. A summer of action with regional rallies all over England, Wales, Scotland and Northern Ireland established that support outside of the "London bubble" was even stronger. The October march, which brought London to a standstill, meant parliament couldn’t invoke the "will of the people" with quite so much ease.

But our country and democracy are now in crisis. It is still in the hands of parliament and we need decisive leadership in the national interest. A further roll of the dice is pointless, because what was promised in the referendum simply cannot be delivered. The defeat of the government’s withdrawal agreement and options such as Norway's system or a permanent customs union would deliver a much worse deal than the deal we’ve already got in the EU and would enrage leavers beyond all belief (and be it would terrible for the service industries that make up 80% of our economy). And, of course, we all know about no deal.

There is so much practical and psychological complexity in this; the technicality of the negotiations and the legality of the process, the machinations of politics (inter-party, cross-party, parliamentary), the (ongoing) role of the media, the deep-seated resentment on every side, the frustration, the alienation, the threat of extremism and, of course, the motivations of different groups of people (young, old, women, workers, business owners, Tory, Labour, minorities… the list goes on).

But there is also much to be positive about; our politics has changed forever and our crisis has drawn out a new breed of politicians who put their constituents and the national interest ahead of party or personal ambition. That in itself gives me hope. Plus, no-one can possibly say that politics is boring… 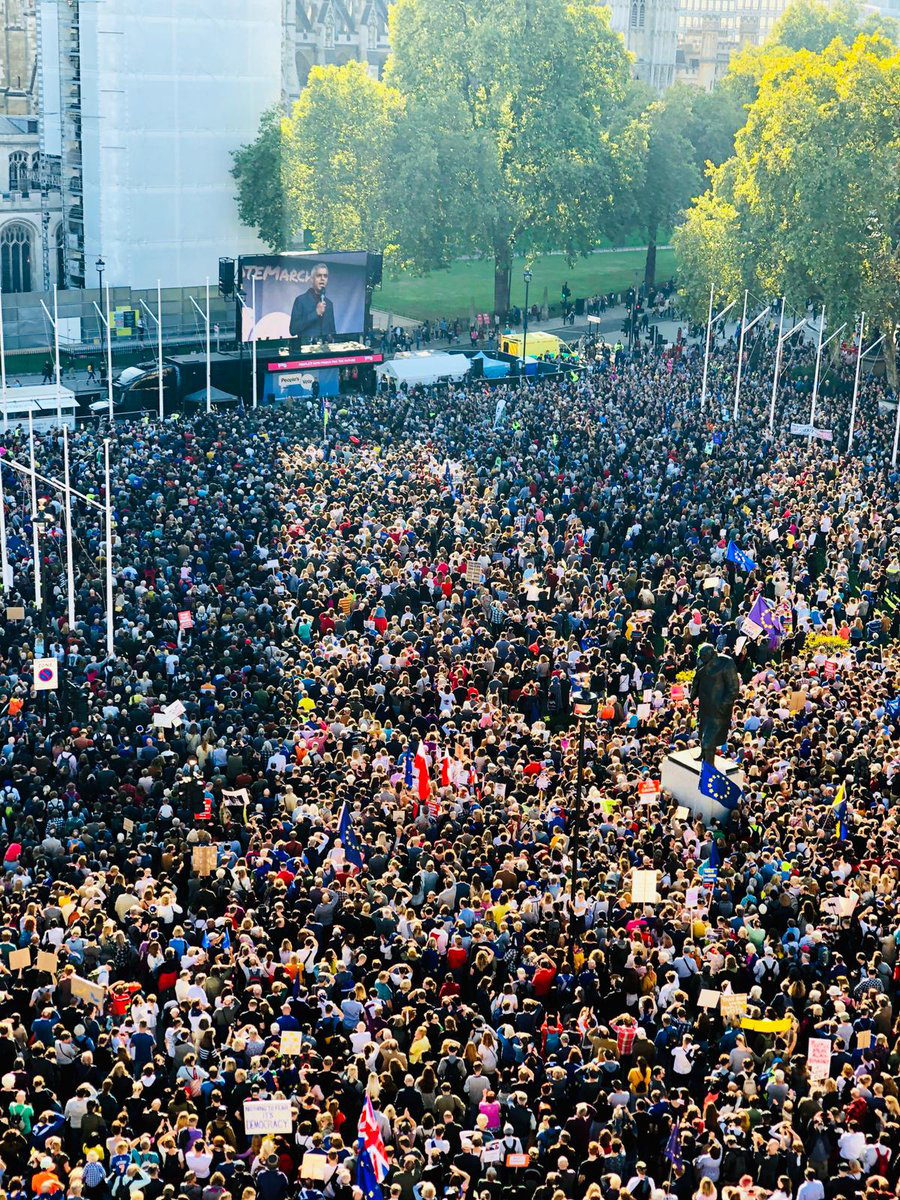 This has become a genuine movement with genuine purpose. We have mobilised more than one million people in the past seven months on minimal resources, but we have not done that through "traditional" means. We are generously crowdfunded by individuals (we raised more than £100k in the 24 hours after the meaningful vote with an average donation of £25), but overall our budgets probably wouldn’t even qualify for the "on a shoestring" category at an awards show.

The pace of events is even more challenging since events are turned on their heads in a matter of hours. It’s less a game of chess and more Hunger Games.

But, as more and more people (including hard leavers) recognise that handing the final decision back to the public through a People’s Vote is the only way to get us out of this mess and move on, we will need to start campaigning more broadly.

If we do get to a referendum, it will need to be a different kind of referendum campaign that helps us tackle division and the very reasons people felt our democracy had failed them. It needs to be unlike anything we’ve ever seen – or, more importantly, participated in – before. It’s not going to be easy.

As advertisers and marketers, we need to stop caring about this from just our own perspectives and think about it professionally. Brexit, and the ramifications of the past three years, have not just impacted the politically engaged, but it’s changing the way all people – our consumers – think and live in very deep ways. This impacts all our work (from burgers to beauty to automotive) and will do so for the foreseeable future. We can’t just carry on as we were.

But the biggest thing I have learned is the power and importance of action. Nothing will happen and nothing will change unless we act. Right now, if you care, the most useful thing you can do on an individual level is tell your MP what you want them to do on your behalf.

You can do that in any way you like (email or send a video message via Twitter or Facebook at demandpeoples.vote, write a letter or, better still, visit your MP). That’s especially useful if you happen to be a constituent of any of the Labour front bench.

And then, of course, we need to put our considerable professional skills to tackle this, because the moment is coming when we need to start treating this as a brief. I have been overwhelmed by the generosity and passion of advertising and marketing friends and strangers who have stepped forward to help.

That said, I’ve also been disheartened by the fact that it’s only the independents that are "able" to step forward as an agency – but that’s one for a different article. There will absolutely be help that we need directly from you kind and brilliant people, but there are also ways that brands can help.

I loved the latest HSBC work. I love that Brexit is creeping (albeit belatedly) into ads in a way that moves the debate on from Leave versus Remain. It doesn’t have to be confrontational or partisan; more that advertising has always been able to address fundamental societal tensions in a way that other forms of communication don’t. Brands need to be part of this to help ensure their relevance for life post-Brexit, whatever that may be, and there is no doubt in my mind that we need creativity more than ever to get us through to the other side.

We have just over a week now until the next parliamentary vote on 29 January. The only thing to be sure of is that there will be many more twists and turns, and that the crisis will continue. And while it may be supported reluctantly, it should become even clearer that a People’s Vote is indeed the only way forward.

Sarah Baumann is director of marketing at the People’s Vote campaign. If you would like to help, share ideas or discuss further, please email sarah.baumann@peoples-vote.uk

It could get ugly...