Thanks to advances in tech and the ubiquity of mobile phones, gaming is evolving fast, and its popularity has only grown in the midst of lockdowns. Now, ad agencies are fully waking up to its true possibilities.

“Games will eventually be indistinguishable from reality,” Tesla and Space X chief Elon Musk famously speculated on the Joe Rogan Experience podcast in 2018, before concluding: “It’s most likely we’re in a simulation…”

While it might be surreal to imagine that you could be reading this magazine article as part of a super-elaborate computer game, just consider how remarkable the evolution of gaming has been over the past 40 years. Exponential advances in technology not only mean ever-higher levels of sophistication but also, with the ubiquity of smartphones, the universality of games.

For the advertising industry, gaming has become a major route to reach key audiences, and recent moves show the agency sector has woken up to the opportunity.

Publicis Groupe kicked off 2021 by launching Publicis Play, a specialist gaming proposition offering advertisers specialist marketing expertise around video games. That followed Dentsu’s launch of its DGame division in November and Havas Media’s decision to bring Target Entertainment, a specialist shop that includes gaming clients, into its Entertainment arm at the start of this year. Last month, meanwhile, Gravity Road launched a gaming and esports practice in the US.

Gaming has been a beneficiary of the Covid-19 pandemic as millions of people spent 2020 glued to screens at home. The UK video-game industry was worth £4.2bn last year, a 15% year-on-year increase, according to the Entertainment Retailers Association.

While potentially there are both wins and losses for brands entering this space, one key tenet stands out: advertisers must have a clear idea about where they stand on gaming in 2021.

Here are five reasons why. 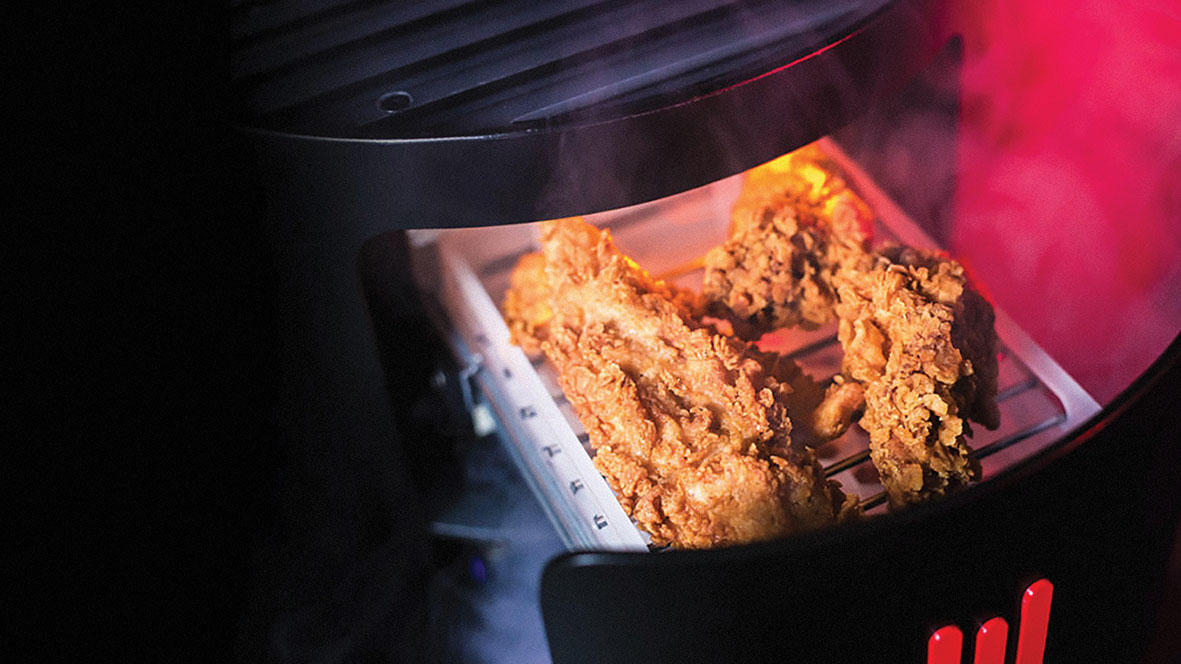 Games are where your younger audiences went

KFC, in partnership with Publicis Sport & Entertainment, caused a stir last December when it “launched” a Cooler Master console (pictured, above) that doubled as a heater to keep gamers’ fried chicken warm.

Tom Hostler, Publicis.Poke’s head of brand experience and leader of Publicis Play, says KFC has been active in gaming for more than three years and has “gained a lot of trust” among gaming audiences, having first entered the space through sponsorships.

Fast-food brands, which have a core audience of young people, need to be active where these audiences are, as it becomes increasingly expensive and difficult to reach them with traditional media.

“They’re certainly not watching TV and listening to radio,” Hostler explains. “And they’re not spending anywhere near as much time in the digital on-demand channels of YouTube and others, either.”

However, knowing “what not to do” is just as important for brands entering the gaming space, Hostler warns, because gaming audiences can be “very fickle and quite volatile”.

“If you get it wrong, boy do they let you know,” he adds. “Many brand managers’ first question is: ‘Can you tell me about brand safety? How can you make sure I’m not going to be on the bad end of a Reddit flame or ridiculed on Twitch?’”

One intriguing development has been the growth of programmatic ad platforms for major video games. Now that many gamers play major console and PC games online, ads can be served programmatically on the biggest titles and designed for bigger screens – not just for mobile games on smartphones.

WPP has been investing in one such company, Anzu.io, since 2019. Meanwhile, in-game advertising specialist Frameplay partnered sell-side ad-platform Magnite last year to launch an ad-buying service in which online game players saw different ads while playing the same game title. That came within weeks of Amazon launching programmatic ad-buying on Twitch, its live-streaming app.

George Osborn, head of communications for UK Interactive Entertainment, the gaming industry’s trade body, said the sector will benefit from a wave of new in-game advertising companies that are offering a richer experience than that consumers would have seen in mobile display advertising in recent years.

Osborn singles out the DiRT Rally game series, which is made by Codemasters and features in-game billboards and ad banners, as among the best-in-class for this form of product placement.

Gaming is reaching a 50-50 gender split

UKIE estimates that half of the UK’s 37 million gamers are female, thanks partly to the popularity of casual mobile games like Candy Crush Saga, which has appealed to older women.

Osborn notes: “When mobile games first emerged, that suddenly massively expanded the demographics of gamers. You could download this enormous range of games for free and a huge number of games were specifically targeting women much more effectively.” 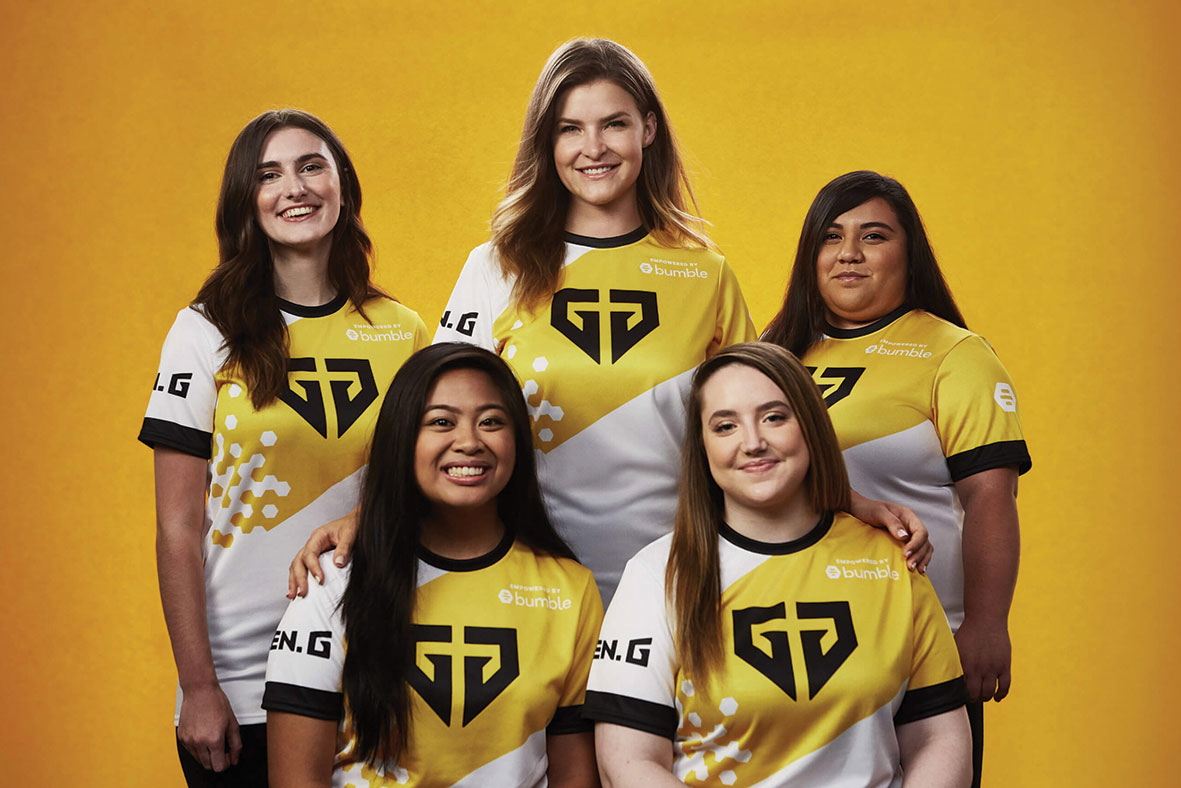 Female gamer role models are emerging, too, such as Madison “Maddiesuun” Mann, a former soccer player-turned esports star. This has led to more interest in gaming from health and wellbeing brands in recent months as they also look for ways to connect with hard-to-reach, younger female audiences.

Measurement tools are getting better

Lindsey Jordan, head of media creativity at MediaCom UK, has noticed a transformation in interest in gaming from clients. “I’ve had three conversations with clients about gaming over the last month; probably last year, I had none,” she reflects.

Most of these talks have been about “in-game integration”, Jordan says, such as inserting a brand into the educational simulation game Animal Crossing.

However, one issue for cost-conscious brands is how they will be able to measure return on investment from gaming spend. While she admits “there is no Nielsen AdDynamix” for video games, Jordan insists that MediaCom’s gaming division can use contextual tools to compare a brand’s gaming activity with its competitors, in much the same way as the agency does for sports sponsorships.

Despite the huge numbers of gamers and gaming revenue cited above, Osborn warns of a persistent misconception among brands that video-game companies are all fledging boutiques run by twentysomethings. “This isn’t the young, scrappy industry that people assume – it’s actually starting to become a very established, major international creative sector,” he says.

This means brands have to be realistic when approaching these companies because, Osborn adds, “they will have to go through layers and layers of approval to get things done in America or Japan”.

For Hostler, the issue is even more sensitive than that. “We have to recognise that the gaming industry has done an incredible job of monetising its audience for the last 40 years; they haven’t needed advertising up until now... As a brand, you can’t come in too arrogant, you have to be more humble and expect to learn from the gaming sector about what’s right and what’s wrong for your brand.”