Lucky Generals has developed 'Where do you draw the line?' campaign for festival.

TimeTo has launched another hard-hitting film to tackle sexual harassment in the run-up to the Cannes Lions festival next week.

The work, by Lucky Generals, continues the "Where do you draw the line" campaign that launched in October 2018.

The one-minute spot, directed by Steve Reeves through Another Film Company, shows a young woman getting in a taxi in Cannes to head back to her hotel room when a man interrupts and ends up getting in the car with her and insisting they go back to his room first. 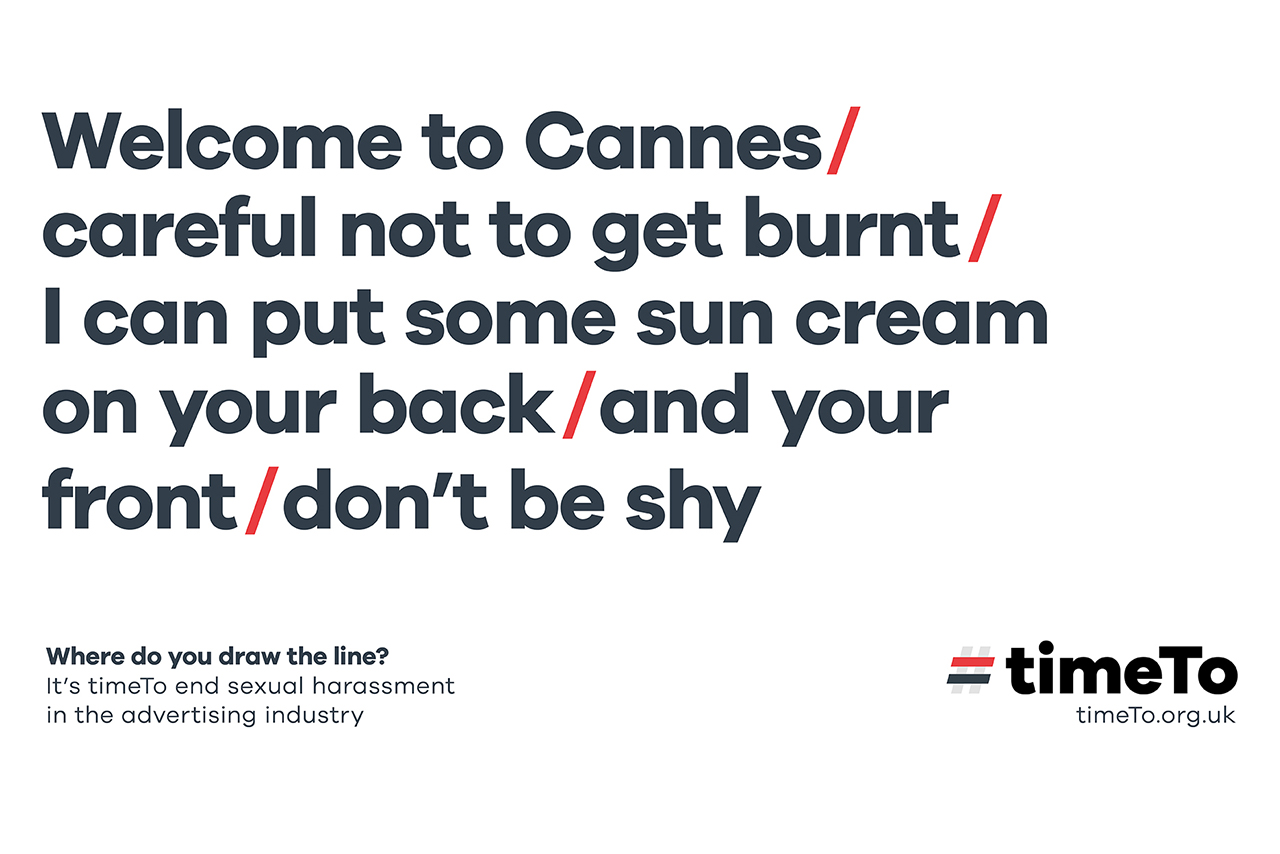 Cannes Lions owner Ascential has backed the campaign by offering digital signage in the Palais during the week.

Helen Calcraft, founding partner at Lucky Generals, said: "We know alcohol, evening events and travel away from home are our highest risk areas. Cannes is a unique industry moment where we see the best of creativity the industry has to offer, alongside some of the most appalling behaviour.

"This is an industry spotlight moment for us to efficiently and effectively resurface debate post-launch, raise further awareness and directly impact behaviour. We need everyone to consider where they draw the line at Cannes."

TimeTo is a collaboration between the Advertising Association, Nabs and Wacl. It is also backed by ISBA and the IPA.

Meet advertising's new CAN: brands have the power to fight back