As modern living has sped up and consumers expect instant gratification from their favoured brands, the fashion world has had to evolve.

Read about Burberry's efforts to tap into fast fashion

Last September, Tommy Hilfiger unveiled TommyNow, an in-season collection that was shoppable online the second it hit the runway to meet the demands of a consumer set no longer willing to wait six months before getting their hands on the latest fashion.

Avery Baker, the chief brand officer of Tommy Hilfiger who is speaking about moving at the speed of culture in two separate events at Cannes Lions next week, admits that making the change "wasn't easy".

"Fashion is an industry that really is fixed in its ways. Changing the way things were done took a huge effort from everyone at Tommy, teamwork and a passion for pioneering something new," she says.

For luxury fashion brands the time from runway to sales has traditionally been six months, which is why Autumnl/Winter collections are debuted in Spring/Summer.

The pressure on the project was tremendous. Not only was it a relaunch of the all-American brand's women’s collection, it involved making the collection available across all sales channels in 70 countries.

To ensure success, Baker took a strong stand early on to have the entire company focused on prioritising the project. "We communicated the decision to do this in a very public way. We announced it in the global media and took a stand early on. This made the risk of failure something we really wanted to avoid so everyone was more driven to succeed."

Since then, Tommy Hilfiger has had its second TommyNow show, TommyLand, in February and is gearing up for its third on 19 September. While the first two took place on Venice Beach, Los Angeles, the third will take place in London.

While the TommyNow initiative did not directly fall under Baker's remit, she played a key role in its development. As chief brand officer, Baker is tasked with the creative vision of the brand, which includes product design as well as marketing communications and in-store experience.

"It’s about making sure all those areas in the business are working together to drive both brand and creative strategies," Baker says. "That ability and oversight made TommyNow more feasible. Still, I think no matter what your title is, you shouldn’t let it stand in the way of innovation."

Impact on the Tommy brand

TommyNow has had a "fantastic impact" on the brand, Baker says. "The sales results for products associated with TommyNow has been fantastic and it’s had a halo effect on sales across multiple categories."

After the first collection launched, female visitors to tommy.com who were aged between 25 and 35 years grew 75% year on year between August and December 2016. This resulted in double-digit increases in sales for womenswear in all regions.  That quarter, Tommy Hilfiger’s sales rose 2.9% year-on-year to $932m.

"We’ve seen a dramatic increase in traffic to stores and all of our online channels an sites. Not just from existing customers but also from a new audience of millennials," Baker says. "I wouldn’t attribute all this only to TommyNow. We do see searches for the brand on Google is up massively over the previous year which, in general, is a good indication of brand popularity and impact."

It’s possible to stay true to a brand’s roots while still continuing to evolve, Baker says, adding: "And the pace of change is increasing."

One of the ways the brand has refreshed itself is signing up model and influencer Gigi Hadid as its global brand ambassador in January 2016.

"Working with pop culture icons is certainly one way to make sure you are staying connected to today’s consumers. But you know, it also matters how you work with these individuals. We believe anyone who is an ambassador or partner of the brand has to be authentic," Baker explains.

In developing the TommyXGigi collection, for example, Hadid spent time with the team and Tommy Hilfiger himself designing it.

"Consumers today can really tell when something is real or fabricated," Baker cautions.

Through all this, the brand has also continually explored digital innovation, from store concepts, to the way it works with its distributors. "We pioneered the launch of the digital showroom, selling collections digitally to our key customers," Baker said. 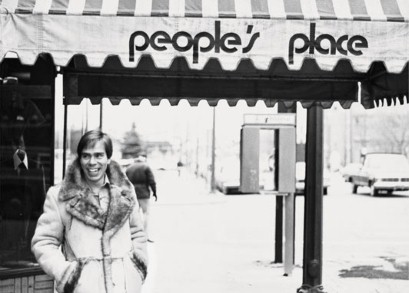 An upcoming refresh of the in-store experience is underway. Starting with its Regent Street outlet in London, the store will be redesigned around the idea of experiences and simplification. To do so, the stores will use digital integrations to connect online to offline and allow the brand to show more products than it could ever fit into a single store. It’s also inspired by the founder's first retail chain, People’s Place, which created a social environment where people could meet and hang out.

The redesigned store will be launched in September in conjunction with the third TommyNow launch.

Reflecting on the move, Baker says: "The store redesign is based on a similar premise to TommyNow. To make life better and easier for consumers. That’s the approach we now bring to the runway shows, to stores, and any other way they may interact with the brand."

'Magazines are a medium of illusion that bedazzles': Coleridge reflects on 26 years at Condé Nast

Behind Diesel's surprising success in Japan

How the Netherlands ranks as a global creative powerhouse