Nobody moves forward by standing still and for brands today, the impetus to evolve, reinvent and transform themselves is a constant need.

Few recognise the importance of this more than MediaCom. Long at the forefront of embracing change in the media landscape, MediaCom was the first agency of its kind to introduce the role of chief transformation officer.  After the success of last year’s first ever Transformation Week, the agency put on an even bigger and better event this year, with 18 sessions over four days in the London and Edinburgh offices featuring some of the industry’s biggest names.

From News UK’s "The Changing Face of Radio", to "TV Transformation Taking Flight" by Sky to ITV’s "Love Changes Everything: The Unrivalled Influence of ITV2’s Love Island", it was a thought-provoking and challenging series of events designed to equip clients, media owners and MediaCom employees with the tools needed to embrace transformation.

The final day of Transformation Week kicked off with media brand Stylist, demonstrating how it was going from strength to strength. The brand revealed how it is marking its 10th anniversary with an innovative brand extension into fitness with the launch of its Stylist Strong initiative, as well as renewing its pledge to celebrate, rather than castigate, women. A new gym for women only is the most physical manifestation of the approach, with a range of trainers, sessions and regimes that are focused on an approach to fitness that steers clear of stereotypical notions of the perfect body. 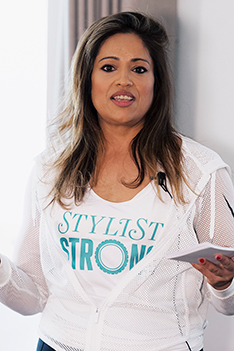 This was epitomised by trainer Nena Patel who provided a powerful testimony of her own journey from an unhealthy lifestyle – and a high-flying job in the creative industries – to better mental and physical health, and a position as a trainer at Stylist Strong.

Group publishing director Georgina Holt said the next year would be devoted to doing a better job of representation of women in the mainstream media. She called on advertisers and readers to join the initiative and to call Stylist out when it fell short. "Seventy per cent of women do not see themselves in media and advertising, and that is affecting mental health," she added.

As part of its remit to change the way women are portrayed in media and advertising, Stylist is backing initiatives such as Project #ShowUs, a collaboration including Getty and Dove to introduce 5,000 new stock library images that go beyond stereotypes. Stylist is also committed to research into how imagery affects mental health.

Data is also going through a period of transformation, as Harry Davis, head of marketing, measurement and analytics at Google revealed. His team has grown from six to 34 in a couple of years and is still stretched. 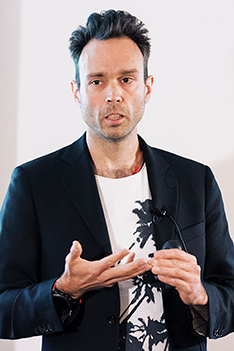 Advertisers are facing mounting challenges with regulatory issues such as GDPR, browser updates resulting in more blocking technologies, and third-party cookies seemingly on the way out.

In a session that promised to reveal the hidden treasure of internet measures, Davis said advertisers would profit by adopting a more questioning approach to evidence, and greater critical thinking. While it is tempting to look for evidence that supports what we think we know, conflicting evidence may ultimately be more useful in creating insight, he added.

Developing a culture of intelligence and building up a bank of evidence would allow advertisers to go beyond the anecdotal and really understand what worked for brands and what didn’t work, Davis said.

Research was at the centre of one of the final sessions of the week as MediaCom’s Sue Unerman, presented the highlights of WPP findings that revealed the seven levers of growth for companies in tough and dynamic markets.

Unerman explained how high performers look to the future, often taking long-term bets and sticking to them. Sticking to core competences is now old thinking and brands have to consider multiple business models rather than business as usual.

"You can’t rely on the processes of the past. You have to be willing to play chess and draughts at the same time," she said, pointing to how Coke bought Costa to embrace other forms of refreshment, and how Pepsi’s acquisition of Sodastream has helped it diversify.

Echoing Davis’s call for critical thinking, Unerman said that marketers needed to become more numerate, while finance directors need to up their game when it comes to understanding brand. 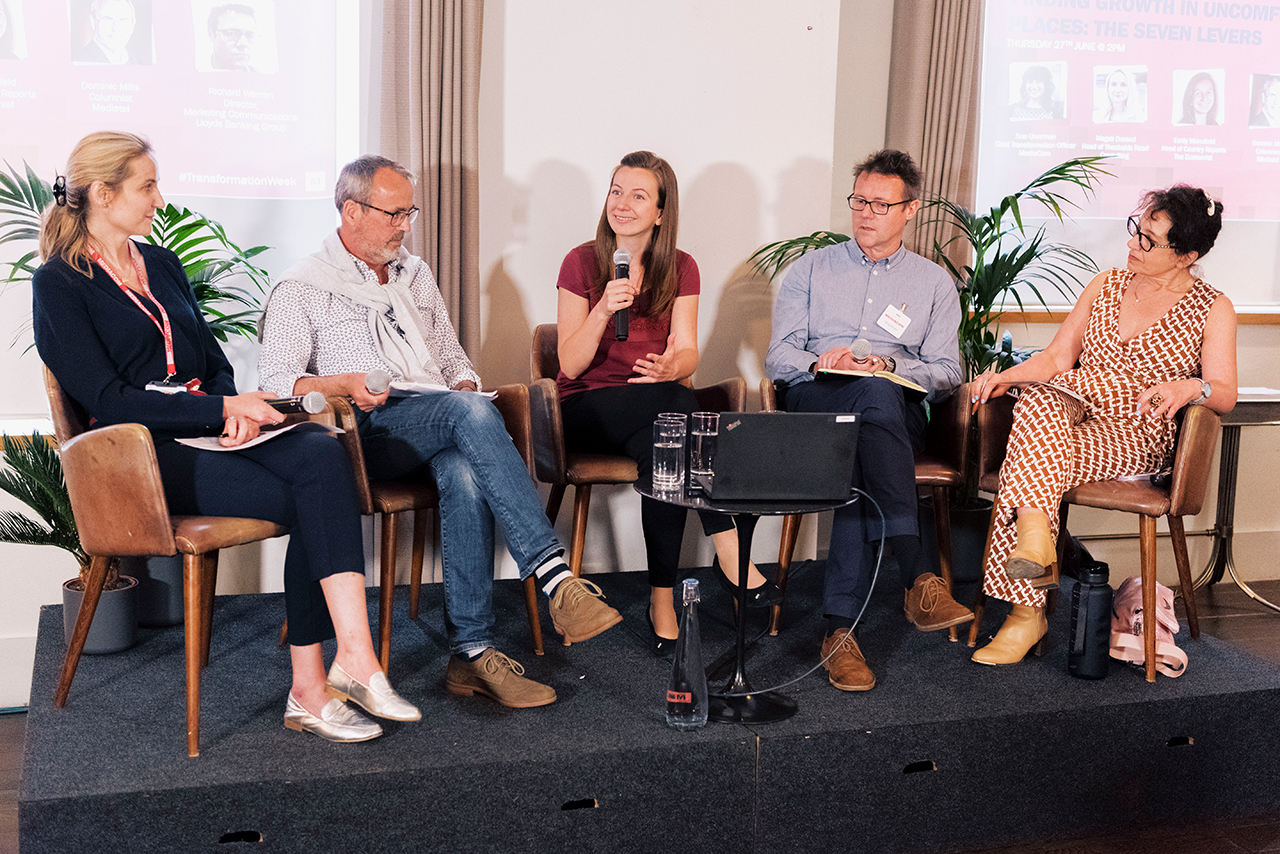 Joined on stage by a "dream panel" to dig into how transformation could be enabled, Unerman’s guests teased out valuable takeouts, such as the importance of open culture and diversity, the value of partnership, and why you don’t always have to reinvent the wheel: there are plenty of great ideas that can be stolen from others.

With more than 1,000 people taking part in Transformation Week sessions that touched on some of the hottest issues facing the industry right now, MediaCom has started a debate to ensure advertising focuses on transforming itself for the future - and for the better.