After Specsavers quickly reacted to the footballer Luis Suárez biting Italy's Giorgio Chiellini in a World Cup game with a tactical Twitter ad, Campaign takes a look at some of the optician's best ads.

After Specsavers quickly reacted to the footballer Luis Suárez apparently biting Italy's Giorgio Chiellini in a World Cup match through a comical Twitter tactical ad, we take a look at some of the optician’s best ads.

The ad has been retweeted nearly 30,000 times since it launched six days ago. 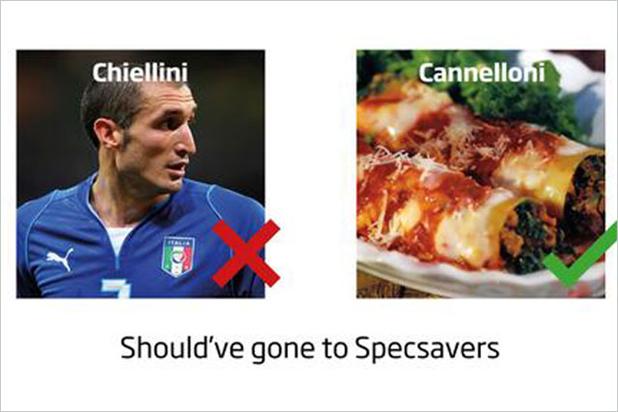 Mimicking the Lynx "billions" ad from 2006, this Specsavers parody shows girls running with handbags and shopping bags to get to a man spraying himself with deodorant. However, when they reach him, he puts on a pair of "ugly" glasses and the women disperse.

The ad, created in-house, shows a space shuttle crew preparing to land then cuts to embarrassed-looking astronauts standing around a carousel with holidaymakers, waiting to retrieve their baggage after having accidentally landed at Luton Airport.

Specsavers launched a UK TV campaign for the optical retailer's range of kids' spectacles, timed to coincide with parents going shopping during the school holidays.

The ad shows a vet working on what he thinks is a cat, but is in fact a furry hat. Daldry, Richard James and Mark de la Rue created the spot in-house.

Specsavers launched a TV ad starring Gordon Ramsay to promote its free varifocals lenses offer. The spot, created in-house, shows a man walking into what he thinks is a steam-filled sauna. However, when he takes off his towel, he realises that he has accidently stepped into a hotel kitchen.

The ad was written by Bougourd, art directed by Brush, and directed by Daniel Kleinman through Rattling Stick.

The ad takes place in a community centre hall. A work-out instructor arrives late to a class and begins jumping around and whipping the crowd into a state of excitement without realising that she has mistakenly wondered into a pensioners’ bingo game. Unperturbed, the old folks join in dancing to LMFAO’s Sexy And I Know It.

The work was created by the brand’s in-house team, Brush and Bougourd, and directed by Tim Bullock through Hungryman.

Specsavers launched a reactive World Cup South Africa press campaign in 2010 referencing the goal that was disallowed during England's defeat by Germany at the last 16 knock-out stage. 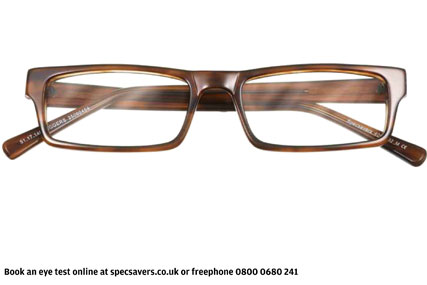 Specsavers took out a press ad based on the 2012 Olympic mix-up that took place when the wrong country's flag was displayed before a football match. The flag for South Korea was mistakenly displayed at a women's football match between North Korea and Colombia.

The Specsavers creatives Bougourd and Brush also conceived the 2012 ad in-house. The creative director was Daldry. 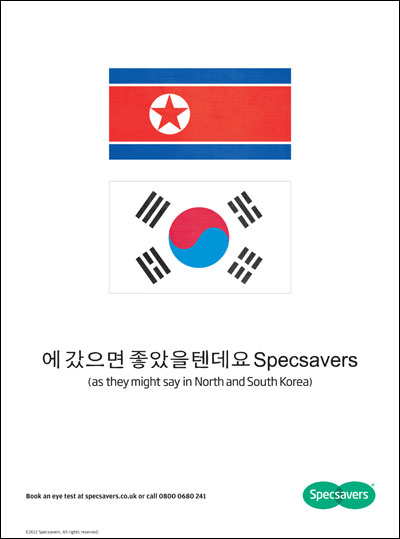 John Cleese back as Basil Fawlty in new Specsavers ad

Want a tactical ad? Should have gone to Specsavers