2015 was a year that many of the world's biggest brands would rather forget. Nicola Kemp unveils the year's biggest marketing blunders 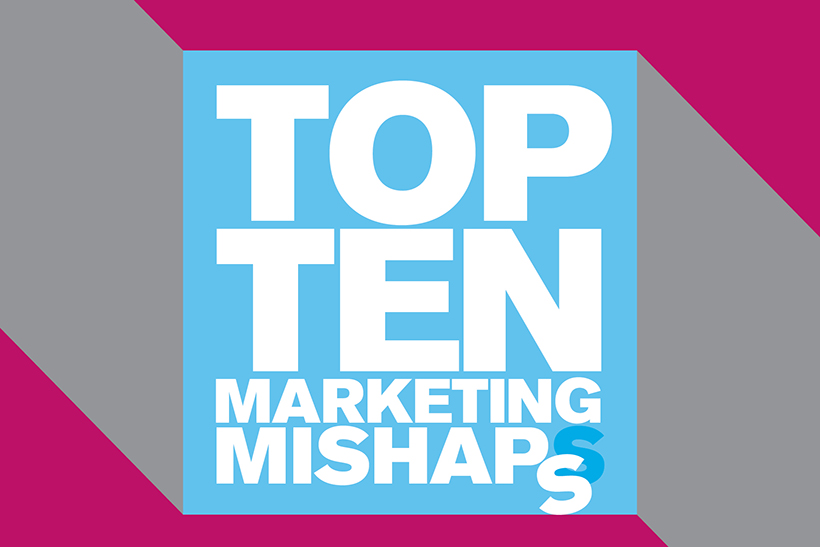 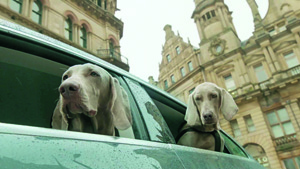 When Volkswagen, a brand built on reliability, trust and its environmental credentials, admitted that 11m of its vehicles worldwide were equipped with a software program that dupes emissions testing, it was hard to exaggerate the scale of this scandal.

In 2012 the World Health Organisation declared emissions from diesel engines to be carcinogenic, yet VW knowingly marketed vehicles found to emit 40 times the legally sanctioned levels of nitrogen oxides. The scandal has done incalculable damage to the brand, which now not only faces a £30bn lawsuit, but a monumental battle to rebuild trust among consumers.

VW has unveiled plans to fix the affected cars by the end of next year and has vowed to improve its compliance measures, but, for marketers, it is a telling reminder of the importance of transparent, ethical and sustainable business practices. No amount of marketing muscle can make up for a transgression on this scale.

According to initial reports, the personal data of up to 4m customers was accessed in the breach. This led to an almost instant £360m drop in the brand’s market value. Perhaps more importantly for TalkTalk’s long-term buoyancy, it put a serious dent in consumer perceptions. According to YouGov BrandIndex figures, the brand’s reputation score dropped 12.3 points in the two weeks following the breach.

The hack also led to TalkTalk suspending advertising and its lucrative sponsorship of The X Factor, and allocating more marketing spend to customer comms. It has been a wake-up call both for consumers and brands, who will now need to put a lot more effort into protecting data.

With the deadline to change the Safe Harbour data-protection agreement between the EU and US looming at the end of January, and people becoming increasingly wary about being tracked and spammed, the spotlight on privacy is about to get a lot brighter.

Football’s world governing body, FIFA, was rocked by multiple scandals in 2015. An FBI-led dawn raid resulted in arrests at its headquarters, following allegations of malpractice in selecting Qatar to host the 2022 World Cup.

There were also accusations of financial impropriety between high-profile members, and questions over corruption dating back to the selection of Germany as the 2006 host.

The debacle delivered one of the images of the year, when comedian Simon Brodkin gatecrashed a press conference to shower FIFA president Sepp Blatter with cash. With sponsors such as Visa and Coca-Cola cast in the role of moral guardians, the FIFA scandals raise several important questions for marketers.

A blistering front-page attack on Amazon by The New York Times exposed the gulf between some brands’ mission statements and the reality of their employees’ experience. The article apparently revealed the rotten core at the heart of one of the world’s biggest brands.

"Nearly every person I worked with I saw crying at their desk," one employee was quoted as saying. Another, who had suffered a miscarriage, but still left for a business trip the day after surgery, claimed her boss told her: "I’m sorry, the work is still going to need to get done."

In an open, company-wide email, Amazon chief executive Jeff Bezos was quick to counter the claims, saying he didn’t recognise the culture described and that anyone who continued to work for a company like that would be crazy to stick around.

Amazon is relentlessly expanding its business into all conceivable corners; but the brand’s apparent lack of humanity underlines a business success story with few winners. Indeed, consumer trust in the ecommerce and cloudcomputing business was hit yet further in October when the number of fake reviews on its .com site was exposed, although it swiftly took legal action against people it believed to have created them.

5. Telegraph places bottom line ahead of the headline

The Daily Telegraph found itself making headlines of its own in 2015, for all the wrong reasons. Peter Oborne, the newspaper’s former chief political commentator, turned on his ex-employer in a withering outburst, in which he claimed that its coverage of HSBC, a major advertiser within the paper, amounted to a "fraud on its readers".

Oborne said that HSBC had pulled its advertising from the publication following negative coverage, with an unnamed former Telegraph executive reportedly telling him that the banking organisation was "the advertiser you literally cannot afford to offend". The journalist warned that if major newspapers allow corporations to influence their content for fear of missing out on advertising, they will lose the trust of their readers.

The scandal should provide a major wake-up call both to advertisers and publishers. As the Chinese walls between advertising and editorial crumble, marketers would be wise to remember the value of independent and trusted media platforms. The scandal, one of many challenges facing the HSBC brand in 2015, smacked of the very worst of the old-school, bully-boy culture that had epitomised the financial crisis. When brands attempt to circumvent editorial integrity for their own ends, nobody wins.

In the social-media age, it is impossible to mark a year of marketing blunders without paying homage to an epic twitter ‘fail’. In 2015, it was CocaCola’s turn, with its #MakeitHappy campaign; a catalogue of errors that probably made its marketing department anything but happy.

The campaign invited Twitter users to reply to negative tweets using #MakeItHappy, which an algorithm would then convert into pictures of ‘happy things’, such as a mouse or a palm tree wearing sunglasses.

US media news and gossip blog Gawker subsequently hijacked the campaign after tweeting sections of Hitler’s Mein Kampf with the hashtag, which were duly turned into pieces of art and shared with Coke’s 3m followers, tweeted with the tagline "We turned the hate you found into something happy. RT to make people :)."

The tweet was subsequently deleted and the campaign suspended. Such a safeguarding error suggested that the world’s biggest soft-drink brand had fundamentally failed to understand the potential pitfalls of outsourcing marketing messages to an algorithm.

It is a sad fact that once a brand has set a high creative standard, it will more than likely fail to hit the mark with subsequent communications, leaving it to face a backlash that is both swift and intense.

For Dove, the Unilever brand that redefined beauty advertising with its ‘Campaign for real beauty’, 2015 was the year in which it hit that creative wall with an ad that seemed in equal parts patronising and shallow.

The campaign showed women from across the world being offered the opportunity to enter a building through one of two doors, one labelled "beautiful", the other "average". The majority walked through the average option until halfway through the film, when women were shown starting to choose the beautiful door. The campaign was promoted by the somewhat questionable hashtag #ChooseBeautiful, a rather hollow message for a brand that prides itself on empowering women.

The ad was slated by critics, including academic and film-maker Jean Kilbourne, who declared Dove "has mastered the art of passing off somewhat passive-aggressive and patronising advertising as superempowering, ultra PR-able social commentary".

It appears consumers are no longer buying the initial premise of Dove’s ‘Campaign for real beauty’.

8. Football Association scores an own goal on Lionesses’ return

The opportunity for the Football Association to capitalise on the stunning performance of the England team at the Women’s World Cup, and prove once and for all that the organisation has no vestiges of sexism, was sadly missed in 2015.

The women’s team’s prowess was overshadowed by an ill-thought-out tweet from the official England Twitter account on the players’ return to the UK (right). The message was quickly deleted, but not before screenshots were circulated.

The FA defended itself, saying it was taken out of context, but the damage was done. As comedian Rufus Hound tweeted: "That FA tweet is brilliant: ‘Look how totally not sexist we are to all these dollybirds! Look how much our attitudes toward quim has [sic] changed!’"

In the midst of the eye-watering tiredness of the experience, going running in a bikini possibly doesn’t feature too highly on the ‘to-do list’ for most new mothers. Yet this was the somewhat unlikely image posted by pram brand Bugaboo on its Facebook page.

It shared an image from a shoot for Vogue Netherlands, which featured 23-year old model Ymre Stiekema pushing her two-year-old daughter in a Bugaboo Runner, a pram designed to help parents get fit. In a monumental display of ineptitude, the brand, which looks to present consumers with the ultimate ‘womb on wheels’ to cocoon their precious bundles, offered no such care or protection to its target market of mothers.

Of course, this is an image from Vogue, and its underlying absurdity is nothing new in fashion. Yet the marketing failure cuts just as deep. When motherhood is seemingly endlessly interrupted by messages and images of perfection on an array of social networks, not to mention the broader media, brands must tread carefully.

The emotional stakes are high, and failing to navigate the line between aspiration and alienation so completely is simply unforgivable.

It was over before it began – at least for the English. Out before the group stages had even concluded, the host nation was promptly followed by Ireland, Wales, Scotland and France, leaving the four Southern Hemisphere superpowers of New Zealand, South Africa, Australia and Argentina to battle it out.

As the England team was awkwardly shuffled out of the back door of its own party, so too were the ad campaigns associated with the only host nation in history to be eliminated at the group stages. The implications run deeper than this tournament alone. When the RBS 6 Nations rolls around in February, it will be impossible to view it as more than a secondclass product when held up against the Southern Hemisphere’s equivalent, The Rugby Championship.

So often accused of elitism, a once-in-a-generation chance for the game to reach out to a new spectator and player base has come and gone, and many didn’t even notice.

Consumers could be forgiven for thinking that British politics had morphed into a bumper episode of The Thick of It, with a litany of innuendo, tall tales and sheer marketing incompetence.

It was the allegation that the Prime Minister, and no doubt the British public, wish they could forget. Reported in Michael Ashcroft and Isabel Oakeshott’s unauthorised biography of Cameron, the anecdote claimed that he put a "private part of his anatomy" into a dead pig’s mouth as part of an initiation ceremony for a University of Oxford men-only dining society.

In an election that was devoid of marketing genius, Labour’s deputy leader Harriet Harman sleepwalked into a marketing nightmare by signing off on the bright pink branding on a minibus used to cart female Labour MPs across the country to talk to women voters "around the kitchen table". The big issues were duly ignored in favour of discussions on the shade of the bus and whose decision it was to patronise women voters in this way.

The infamous stone slab etched with Ed Miliband’s election pledges, at an estimated cost of £30,000, quickly became a lightning rod for ridicule. Miliband had hoped to install the monument in the garden of 10 Downing Street on becoming prime minister, but, following Labour’s election defeat, the Daily Mail reported the stone had been tracked down to a warehouse in South London.

No review of the year would be complete without reference to the startling rise of Jeremy Corbyn MP; an outsider who rocketed to the top of Labour on the back of strong support from the Party’s members and supporters. Here is a man who not only rejects the status quo, but dresses like a librarian. His unpolished demeanour, age and commitment are in stark contrast to the polished, ironed-out, deadeyed politics served up via teleprompter. Marketers beware: consumers have tired of airbrushing.

Click here to see the top 10 marketing moments of 2015

The 10 most annoying phrases in marketing

Google admitted failure with Glass, so what next?