There is no doubt that many marketers started the year with huge trepidation following the stripping back of their depart­ments in the wake of recession.

The consensus, however, is that 2010 was more fruitful than antici­pated. The industry, it seemed, collectively emerged from the gloom, brushed itself down and got on with creating some brilliant campaigns. Here are the moments that define the past 12 months in marketing.

This emotional TV ad for the retailer, depicting key moments in the life of a female character, was arguably the best commercial since Cadbury’s "Gorilla".

The ad, created by Adam & Eve at a cost of £6m, featured nine actresses playing the character from childhood to old age. It sparked an impressive response online and generated swathes of positive PR in the form of gushing comment in newspapers – The Sun claimed the ad "has got the nation weeping into our teacups", while some users of YouTube declared that it was the first commercial to make them cry.

Set to a reworking of Billy Joel’s 'She’s Always A Woman' by The Guillemots’ Fyfe Dangerfield, the campaign was not only a coup for the retailer, but also for the makers of TV ads. At a time when many brands are increasing their investment in social media and embracing the promises of techno­logical innovations, this 90-second spot proved that a good TV ad still has the power to win consumers’ hearts.

As the ads for The Social Network declared "You can’t make 500 million friends without making a few enemies". This was certainly the case for Facebook, which this year grappled with high-profile privacy issues as the company attempted to reconcile its phenomenal growth with a solid commercial strategy.

Brands might have decided en mass that social media is crucial to their strategies, but Facebook was rocked by the revelation that some of its most popular apps were passing on members’ personal details to advertisers.

The site was also criticised by politicians after members set up tribute pages for murderer Raoul Moat; the brand defended the pages on the ground of free speech, but the furore underlined the fact that services such as Facebook have the potential to reflect the very worst of society.

The final scene of 'The Social Network', where billionaire founder Mark Zucker­berg sits alone in front of a Facebook page, is somewhat apt. Facebook was once heralded for bringing the world together, but this year many people wondered if it had actually made them more alone.

The launch of the iPad 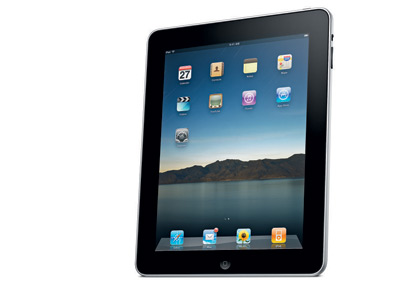 The launch of the iPad was met with the kind of fervour we have come to expect when Apple brings out a new product. Publishers declared the device would save their floundering businesses, while consumers queued through the night to get their mitts on it.

This initial excitement has not worn off – according to Strategy Analytics, Apple controlled 95% of the tablet computer market in the third quarter of 2010. The design-focused technology brand has certainly stolen a march on its competitors, which are scrambling to move into the category. Around 4.4 million tablets were sold in the third quarter, compared with 3.5 million in the previous quarter, suggesting that iPad fever is here to stay.

Whatever their political hue, British prime ministers had always resisted calls from opposition parties to take part in a live TV debate.This year’s run-up to the general election was no different, except that as well as being harangued by David Cameron, Gordon Brown also had Sky executives breathing down his neck as they lobbied for a broadcast showdown.

When it became apparent that Brown was lagging behind Cameron in the polls, however, the then PM reluctantly agreed to defend his position before the cameras, ushering in a new form of political campaigning in the process. Alongside Brown’s "bigoted woman" incident, the TV debates, which were hosted by the BBC, ITV and Sky, were the most memorable events in the run-up to voting day.

Speculation before the debates, and the opinion polls and analysis that followed them, resulted in masses of media coverage. They also allowed Liberal Democrat leader Nick Clegg, who before the debates was overshadowed by his deputy Vince Cable, to steal some of Cameron’s thunder as the "change" candidate.

After the Tories failed to win a majority vote, political commentators largely agreed that pushing for the debates and agreeing to Clegg’s presence – as the representative of the "third party" – was a huge strategic error by the Blues. However, the import­ance of the debates should not be over­played: despite the rave reviews of Clegg’s podium performances, the Lib Dems actually won fewer seats than in the previ­ous general election.

The rise of location-based marketing

As if sharing every minute detail of their everyday lives was not enough for consumers, they now have the ability to tell their online friends exactly where they are at any given moment. Thanks to the rise of Foursquare, Facebook Places and the use of smartphones, location-based marketing has fast become a vital new media channel for brands.

In opposition, the Conservative Party made no secret of its plans to slash the government’s adspend, although it was unclear where exactly the axe would fall. Rumours had circulated about the future of Change4Life, the £75m anti-obesity campaign, and in July, health secretary Andrew Lansley finally confirmed that the government would no longer fund its ads. The announcement had a twist, as Lansley said he expected brands to pick up the bill for the campaign and hinted that in return they could expect regulatory boons.

The declaration surprised the marketing industry and fuelled the concerns of those who believe the government is pandering to big business. Quite how a brand-funded Change4Life will operate is unclear, and some have speculated that either the plan, or the campaign itself, will be quietly dropped. What is more certain, however, is that the brightly coloured Aardman characters created for the initiative will not be seen on TV screens or billboards  any time soon. 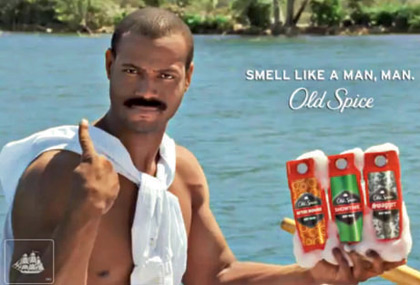 While it has not changed the smell, Old Spice certainly changed the game for perfumiers this year with its successful "The man your man could smell like" campaign. The viral, which netted more than 6m views, starred American actor Isaiah Mustafa. It gained further traction when Mustafa posted video responses to hundreds of tweeters and even delivered a wedding proposal on request.

Critics argued that the campaign was a case of style over substance and was more beneficial to the marketing industry than to the brand itself. But regardless of whether or not the campaign has effected a sales hike, it certainly raised a smile and caused many consumers to reconsider Old Spice, no matter how bad it may smell. 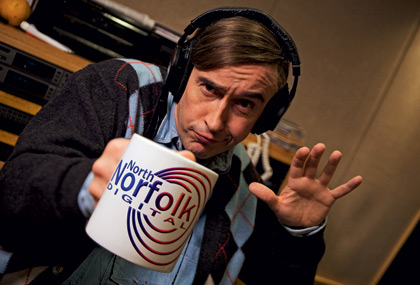 Hats off to the marketers at Foster’s for resurrecting Steve Coogan’s hapless TV and radio presenter Alan Partridge on fostersfunny.co.uk. Other brands have dabbled with online soap operas and comedies, but getting the likes of comedy legends Coogan and Armando Iannucci on board raises the bar.

While brands have often talked about becoming media owners in their own right, Foster’s has taken the biggest step to realis­ing the ambition.

The return of the Tetley Tea Folk 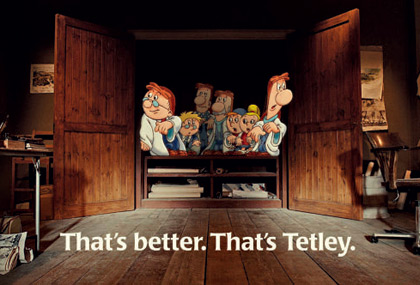 This year, Sydney, Clarence, Gaffer and their band of flat-capped friends – aka the Tetley Tea Folk – returned to TV screens after a nine-year absence. Having taken the characters off-air in 2001, Tetley subse­­quently received more than 10,000 requests for their reprieve, and in September the gang reappeared in an ad during ITV1’s 'Coronation Street'. And in the second ad in the series, which broke last month, viewers discovered what exactly the little folkers had been up to during their extended gardening leave.

The Tea Folk were brought back to life by creative agency MCBD in a campaign backed by digital marketing and activity on social media, including Twitter, Facebook and YouTube.

The death of 'Big Brother'

It was somehow apt that Market­ing failed to notice when former 'Big Brother' winners delivered a wreath to its newsroom to mark the final series of the show. The programme went out with a whimper rather than a bang, yet it did mark the end of an era for Channel 4.