World-class illustrators and craftsmen transformed a filming location for Game of Thrones in Northern Ireland. 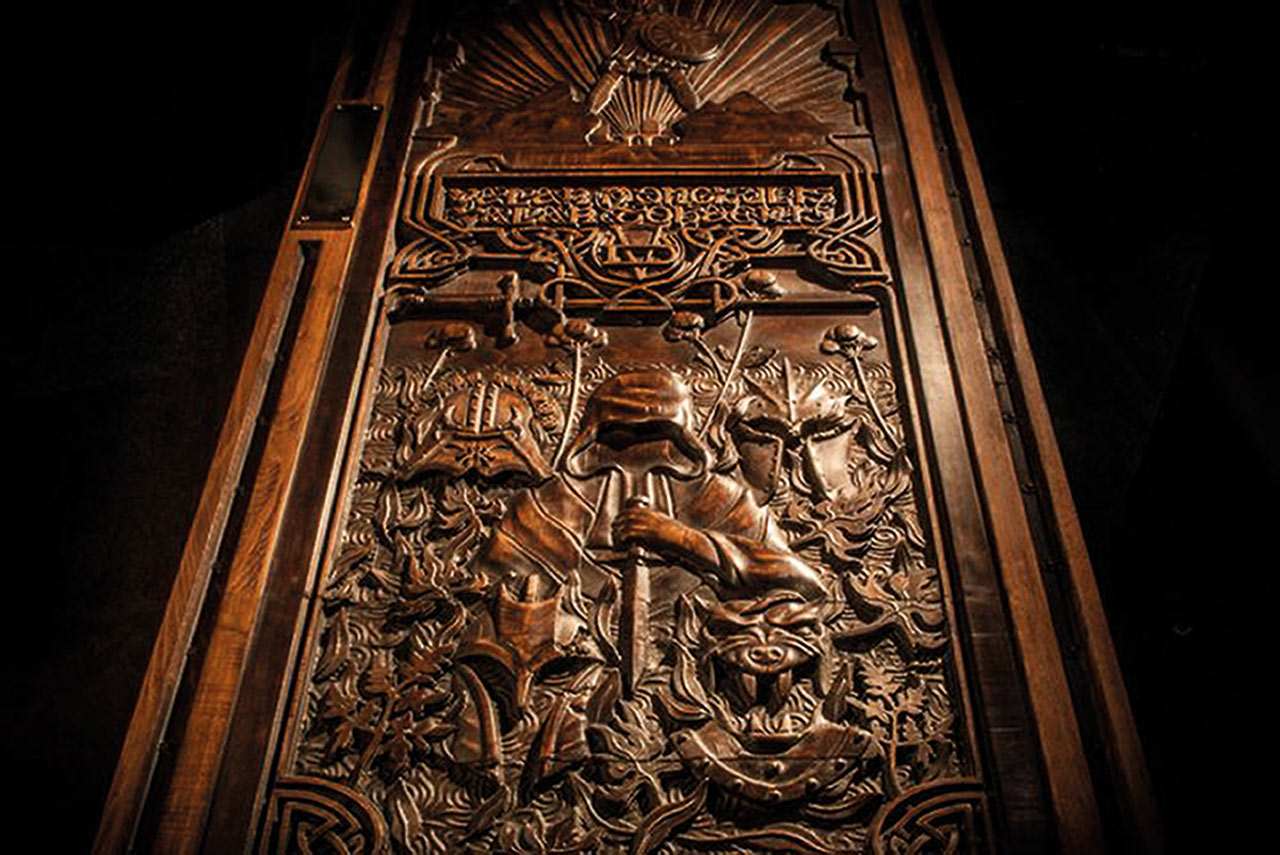 World-class illustrators and craftsmen were deployed to transform a filming location for Game of Thrones in Northern Ireland – a 400-year-old attraction called The Dark Hedges. After the site was devastated by a storm, the remaining wood was crafted into bespoke doors, each depicting an episode from the sixth series of the fantasy show. This won a silver at the 2016 Campaign Big Awards. 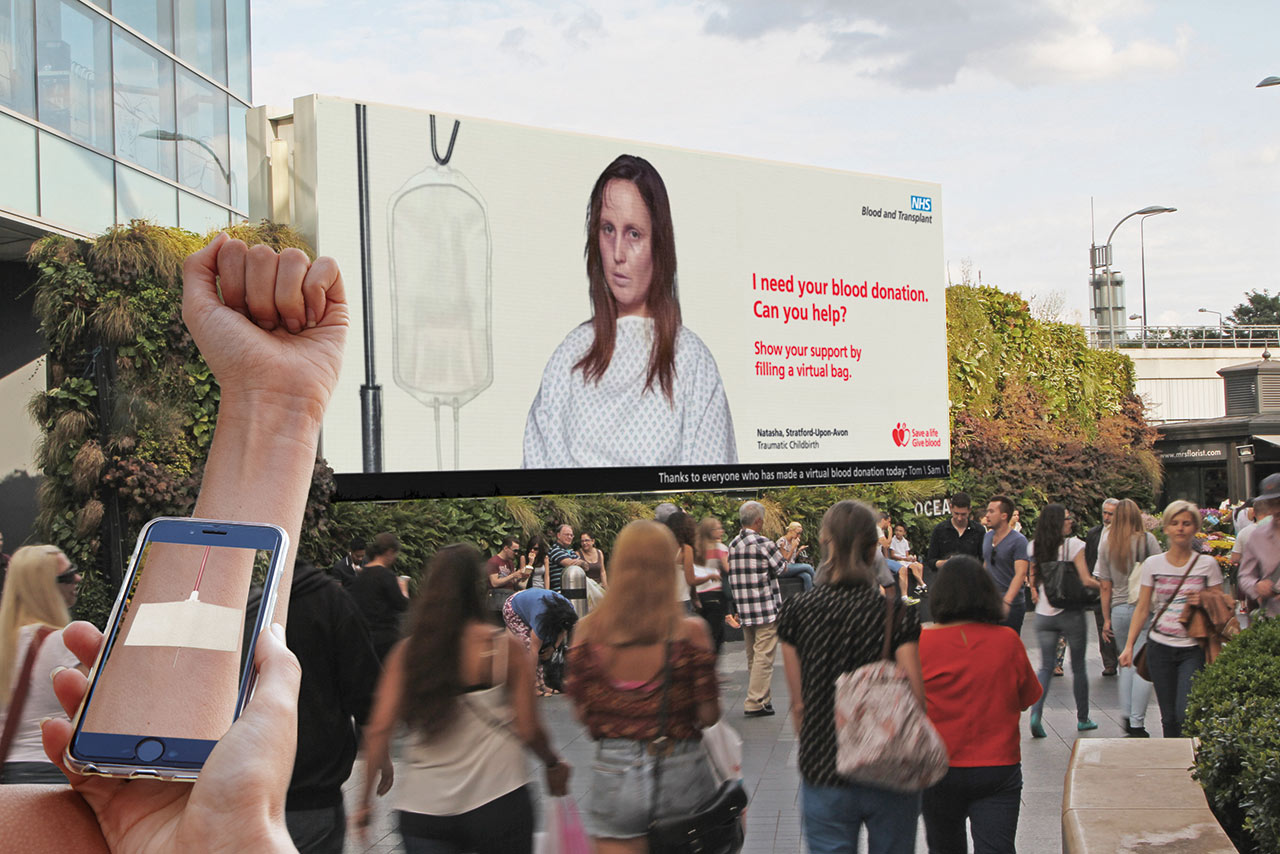 The NHS used augmented reality in ads that enabled the public to give virtual blood donations via an iPhone. The campaign featured an AR app connected to an image of a sick patient and an empty blood bag on a large-format digital screen. Visual recognition detected a sticker on a participant’s arm, which then overlaid an AR needle, plaster and tube on to their arm. This triggered the bag to fill and the patient transformed in front of our eyes. Finally, a thank you to the donor appeared on-screen. "Virtual blood donation" picked up a bronze at this year’s Media Week Awards.

3. Ethos Travel ‘Time to get away’ 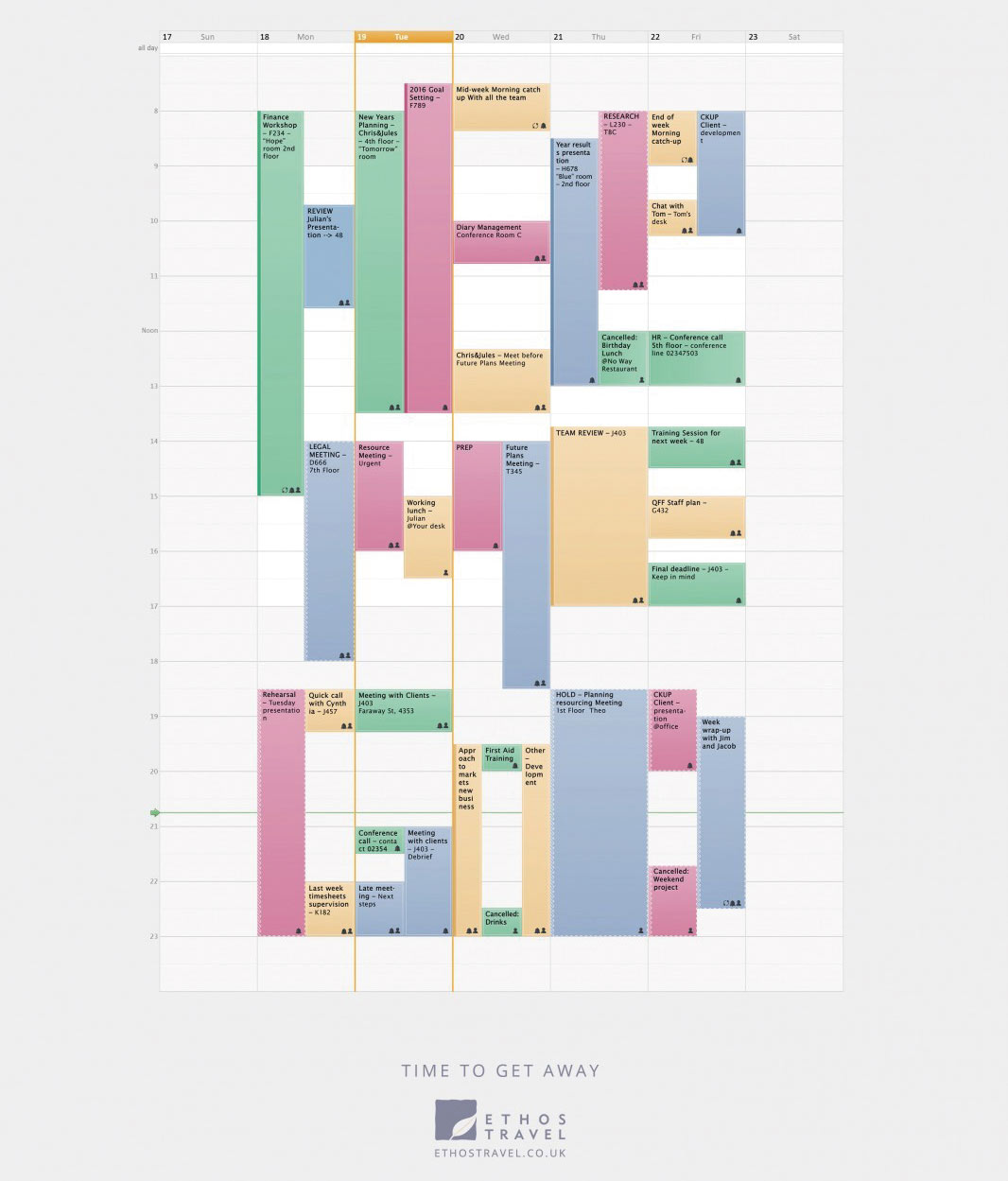 Launched at the beginning of the year when summer holidays seemed a distant dream, the luxury-travel company unveiled a campaign that spelled out how everyone feels during winter. It used an Outlook-style calendar to display frustrated messages such as "FML" or "Help me God". This took home a silver and a bronze Lion at Cannes this year. 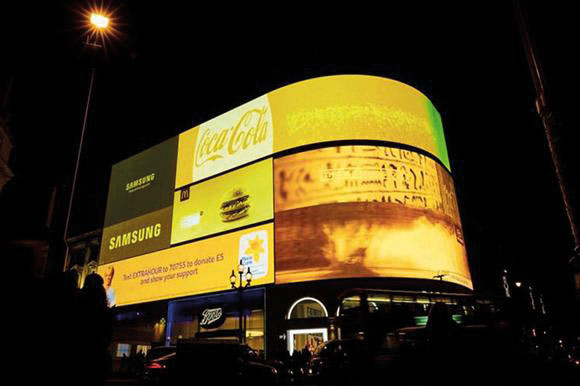 The charity turned Piccadilly Circus yellow on the night the clocks went back in October to support Marie Curie nurses who worked an extra hour. Long-standing advertisers on the iconic site, such as Coca-Cola and McDonald’s, pledged their support for an hour by changing the colour scheme of their artwork, resulting in a yellow spectacle to warm up an autumnal Saturday night. 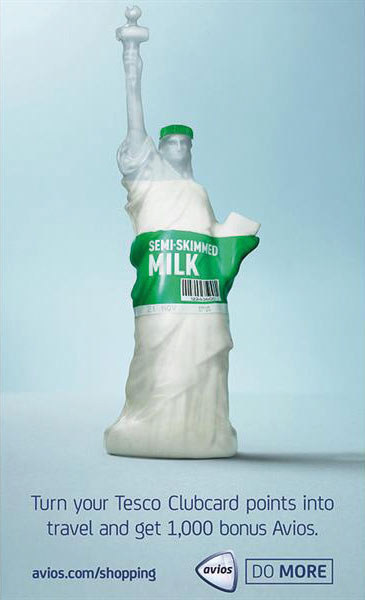 A promotion to reward Avios customers with 1,000 bonus points featured everyday items made to look like global landmarks. A Tesco milk bottle became the Statue of Liberty, a John Lewis rug looked like the Leaning Tower of Pisa and an Asos belt was the Colosseum. 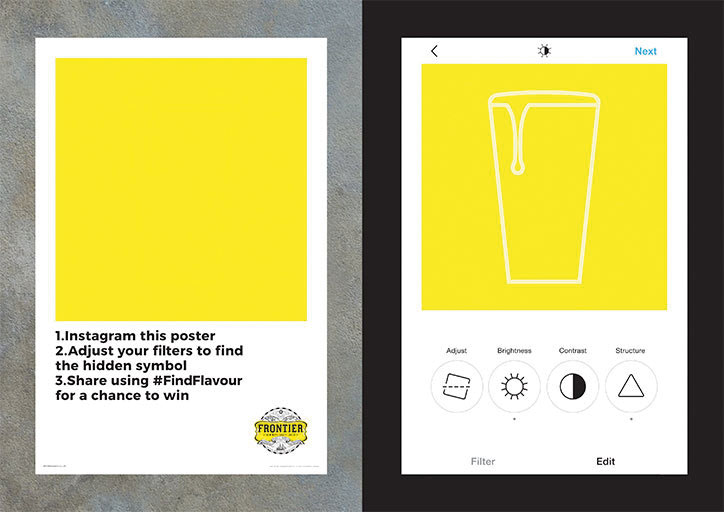 They seemed like blank posters at first but the yellow squares in Frontier’s campaign contained hidden messages that could only be seen using Instagram. Passers-by in east London were encouraged to use filters and share the image they discovered on social media to be entered into a prize draw. 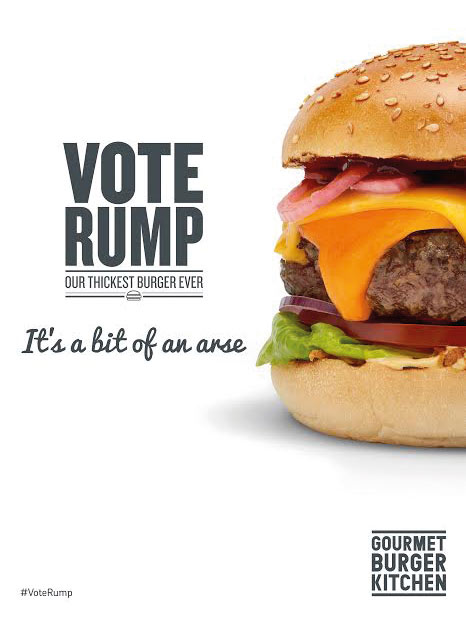 The burger chain loves to provoke and, in September, it took aim at Donald Trump with an ad that spoofed his presidential campaign. Media buying was concentrated in London, including a 48-sheet in Westminster for the benefit of politicians.

This out-of-home campaign’s premise was simple: McDonald’s food is so famous that it is recognisable in any language. Terms for random items in another language were displayed alongside the fast-food giant’s products such as "Big Mac" or "McNuggets". 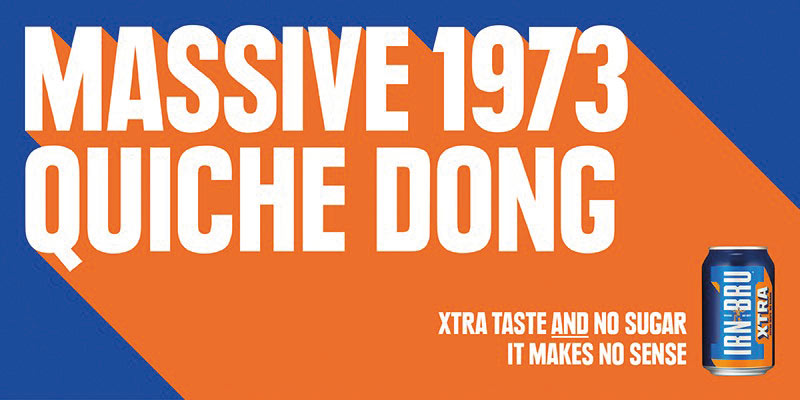 A huge building wrap on Glasgow Central Station was launched ahead of this October outdoor campaign for Irn-Bru, which appeared to be a load of nonsense. And, of course, that was the point. Just like the fact that Irn-Bru has "Xtra taste" and yet contains no sugar, the ad doesn’t "make sense". Leith says the idea builds on the insight that consumers feel soft drinks with no sugar must have a weaker taste.

Paralympic athletes were cheered on in live messages as part of a digital campaign from Sainsbury’s to coincide with the start of the Rio Games. The creative featured photographs of athletes as children and as they are now. The activity ran from 7am to 9am each day over two weeks on 700 screens, with copy updated daily to celebrate the achievements of competitors or wishing them good luck.