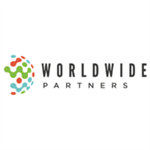 How can data and technology help the travel industry exit the pandemic with optimism and energy?

“Travellers are ready to travel again.” So believes Fletcher Whitwell, chief media and publishing officer at R&R Partners and one of the leads on its Las Vegas Tourism account. A leader in travel and hospitality, R&R Partners also works with brands including Discover Puerto Rico, Hyatt Hotels and Allegiant Airlines.

Fletcher was speaking alongside Humphrey Ho, managing director of  Hylink China at Campaign’s Media360 event. The two agencies are members of Worldwide Partners, a global network of 70 independent agencies in 40 countries, and brought a joined-up, global view to the discussion on the role of data in post-pandemic travel marketing.

Who’s travelling and how can you target them?
Post-pandemic, Fletcher said, people want shorter trips with quicker flights. And that’s where data comes in. The goal is to understand, by mining the data available, who your audience is, in demographics and other terms, and how willing they are to travel. Knowing this, you can prioritise your spend according to the consumers who are within the optimum flying distance, have the right vaccination rates and who also meet other qualifying criteria.

Ho, who specialises in selling travel destinations such as Brand USA, NYC & Company and Hawaiian Airlines to Asian audiences, stressed the importance of technology in keeping travel audiences engaged, even when travel is off the table for the time being. “What we’ve seen in many Asian markets,” he explained, “is the use of short, targeted videos often focussed around a hyper-local destination.”

Between four and six minutes in length, the influencer walks around the destination, showing it to the viewer in the greatest possible detail. Locations which have engaged in this type of marketing have seen strong results in their search intent among Asian travellers. Australia and the US have retained their top spots and Dubai has moved up the rankings into the top 10.

This taps into a new craving for experiences. After a year or more of being confined and unable to travel, consumers want to experience different places but also things which take them out of their routine. “Four out of the five best-selling NFL games for the coming season are taking place in Las Vegas,” said Fletcher. Fans want to go big and go to Vegas, not just their home stadium.

Reaching out to new audiences
Another important factor in successful post-COVID travel marketing is the need to reach diverse audiences. Ho told how US destinations are reaching out to Asian-American audiences using campaigns, channels and assets originally developed for consumers in Asia. In the context of this requirement to reach more diverse audiences than ever before, the type of global and seamless collaboration achieved by a network like Worldwide Partners is invaluable for its agility, responsiveness and ability to understand changes at a local market level.

“Cities including San Francisco and New York are realising that social-media channels used to reach out to Asian travellers in their local language [also] apply to America,” Ho said. “Don’t forget that many Americans don’t speak English as their first language. There are 4.5 million Chinese Americans who do not speak English and who use WeChat daily. You can turn your Chinese-language travel content into a domestic asset.”

Fletcher pointed out the value of specific demographics, such as the LGBTQ+ community, whose members are more than two times as likely to want to travel as the market average. Las Vegas, he explained, has a long history of reaching out to and supporting this community, including passing relevant civil rights legislation and working hard to make their visitor experience positive and fulfilling. This has all helped to keep this community coming back to the city.

Link your verticals with your technology marketing
The use of technology is a given, but linking it to a destination’s product verticals to showcase what destinations do well, can be a game-changer, both speakers agreed. These might range from specific hotels or resorts right through to experiences, such as getting back to nature.

Fletcher pointed to the work some of the national parks near Las Vegas have done with National Geographic to showcase the attractions of the region’s natural landscape. “They developed 360-degree video content, showing users what they can experience in the parks. And using these apps also lets the viewers unlock new experiences once they’re actually on site.”

Ho highlighted the importance of augmented reality and virtual reality in travel-related retail. Among other examples, he cited a recent Gucci campaign which allowed people to give virtual “red pockets” — the envelopes containing money or some other item of value which Chinese people give as gifts on New Year — rather than standing in line. On WeChat alone, the number of Gucci red pockets gifted this year increased tenfold.

The message from both Worldwide Partners agencies is clear. The right data, particularly data that addresses consumers’ post-COVID needs, and the right approach - applying local knowledge and a creative, global mindset - can build back a dynamic data-and-tech-driven recovery for travel marketing.