From a south London council estate to adland establishment, Quiet Storm founder and executive creative director Trevor Robinson's journey is an inspiring story. He chats to Campaign about being the only black person in the room, dealing with prejudice and what the industry should do to improve diversity.

When the young Trevor Robinson went for a meeting with his careers officer at school, he wasn’t entirely sure what he wanted to do. But he did know what he was good at and enjoyed.

He’d always been a creator. He would build skateboards and go-karts, illustrate comic books, and, using an entrepreneurial flair, which little did he know then would come in handy later on in life, sell them on to his mates.

So it was that he went into the office and shared these thoughts with the careers advisor in the hope of being told about jobs that suited his talents. She listened to what he had to say, then asked: "Have you thought about London Transport?"

"You think that’s all I can do," Robinson thought to himself as he left the room. "I’ll show you."

Today, as the founder of an ad agency and recipient of an OBE, four decades after that soul-destroying encounter, he is able to tell the story with a wry smile. He even manages to be magnanimous. "She didn’t mean to be horrible. She didn’t know our industry or the possibilities."

That’s Robinson all over – genuinely one of the industry’s nice guys. The 55-year-old is also one of the few people of colour in an agency leadership role and has had to battle against people’s expectations every step of the way to get to where he is.

He’s filled with a mixture of horror and amusement by the idea that his outsider status is very much on the wane.

"I remember going to [Campaign’s] A List party years ago and just hiding behind the door, getting my book, then running away. Then I went there the other day and everyone was like, ‘Hi Trev, you alright?’, and I thought, ‘Oh my god, how did I become the industry?’ It was quite funny, that realisation."

It’s no exaggeration to say Robinson defied the odds to end up sitting here in Soho at the helm of his own creative business. Brought up in the Brixton/Clapham area long before it succumbed to gentrification, when Robinson’s parents divorced, he moved to the then notorious Notre Dame estate with his mum and three brothers. He attended the tough Henry Thornton school and everyone assumed he was set to follow the same path as one of his siblings, whom he says was a "bit of a ruffian".

But he scraped through school getting the A-levels he needed to continue his education, then bounced around a few different art courses.

"I used to hate it at college," Robinson says. "I was a bit rough around the edges. I didn’t know how to fit in with the kids or the teachers."

Nonetheless, it was at Hounslow College that he got the bug for advertising. When he left, he managed to get a job at a below-the-line agency in Richmond, where he met Al Young, who went on to be his creative partner for the next 10 years.

After many knockbacks, the pair finally landed in the West End at TBWA, then went on to what was the hottest agency at the time, HHCL, creating a series of much-lauded Tango ads.

Reminiscing about his bosses at the time, Robinson says: "They were an aggressive, talented bunch. Rupert Howell was a very Battle of Britain, golf course kind of guy. He used to call us the oiks. In a weird way he was more like the kids I grew up with, he’d just tell it how it was. You could have a laugh with him." 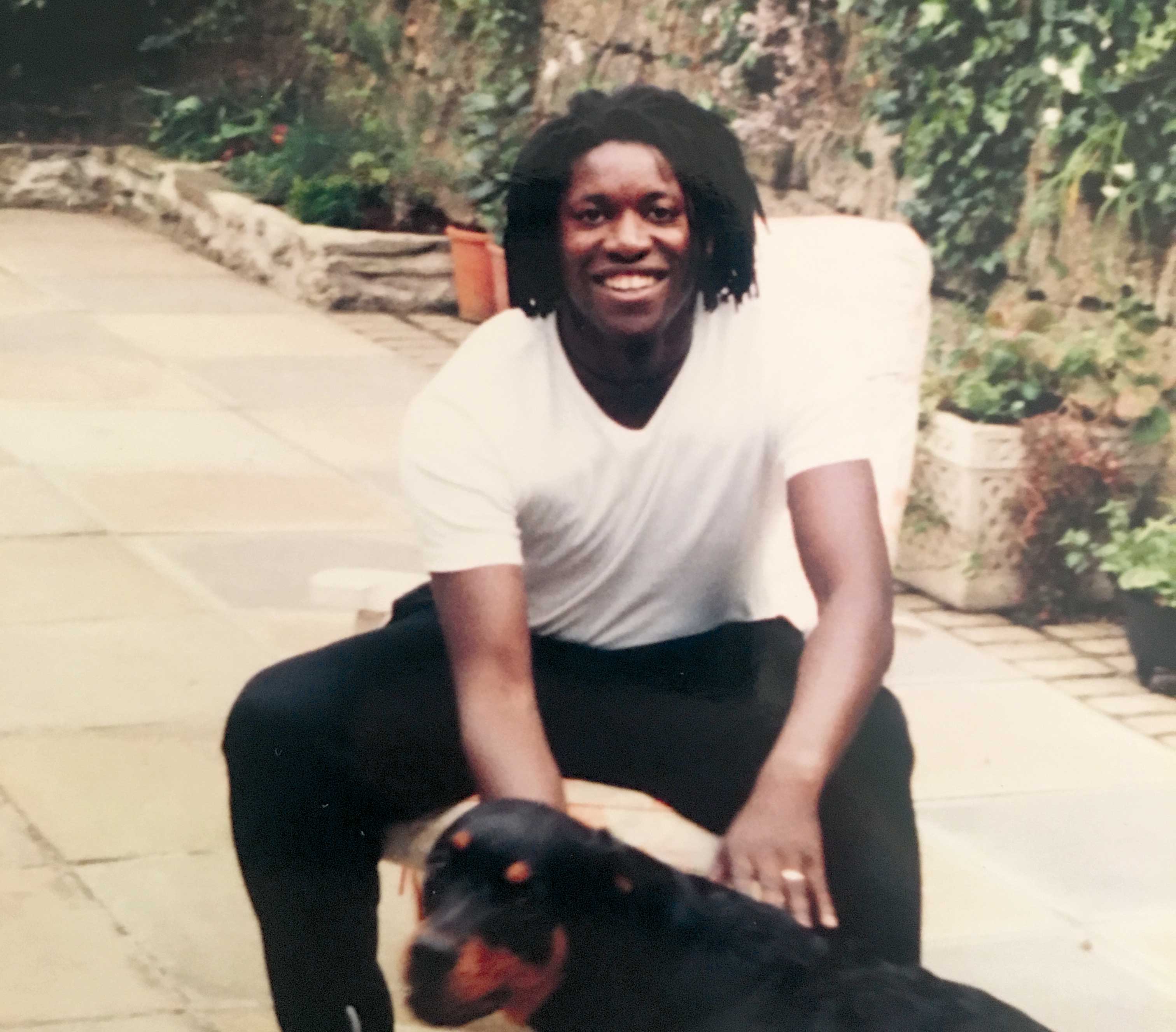 At the time, Robinson could count the number of black people at HHCL on one hand; the receptionist, a project manager and himself.

Asked what it was like as a black man trying to make it in such a white industry, he utters that phrase familiar to children of first-generation immigrants: "You felt you had to be twice as good as everyone else."

Robinson believes his struggles with Young to break into the ad industry could have been related to his otherness. "I think it’s a lot to do with why we didn’t get placements," he says. "Sometimes I would walk in the room and you could see them think: ‘I didn’t know he was black.’"

However, over the years, Robinson has experienced racism from clients and tells depressing stories of marketers and bosses who have pulled their business on realising that he was working on the account. His way of dealing with these incidents was always the same; he would use them to motivate him to prove these people wrong.

It was in 1995 that Robinson founded Quiet Storm, following a passion to write and direct his own work, and he is looking forward to its 25th birthday next year; no mean feat in an agency landscape littered with failed start-ups.

During this time, Robinson also set up "Create not Hate", a scheme that he initiated after learning that a child at his old school had been stabbed to death. Its aim was to tackle knife and gun crime by introducing young people to advertising.

He remains frustrated that, when it comes to diversity, there are more people talking about doing things rather than actually doing them. "If you want to change the industry, stop seeing black people as something the industry needs to do, like we’re some kind of charity.

"I’m not a crusader, I’m an adman. But I always want to do the best possible work and that means I want to work with the most talented people out there. That’s going to make the work better."

Despite all the awards and accolades, it seems as if Robinson finds it hard to shake off his imposter syndrome.

Looking back on his stint as president of the industry craft jury at this year’s Cannes Lions, Robinson says: "Sometimes I think, is this really happening to me? When I was coming back from Cannes they had a car pick me up and take me to the airport. It was really VIP, a driver with a hat and sunglasses, drinks, the lot. I was like, bloody hell."

That’s definitely one in the eye for his old careers advisor.

Yext aims to end the spread of fake news about brands

Is putting #knifefree ads in chicken shops 'crude' and 'offensive'?

Great casting can make or break an ad: tips for getting it right