You may well know of at least one 10-year-old who writes fan fiction, mixing elements from more than one book or their favorite shows, and always from different genres. And we all know of millennials and members of Generation Z who are constantly checking their phones or downloading music, consumed by the notion of self-branding and hugely conscious of how to project their best or most creative self. Technology has made life messy, exciting and always in reach.

According to the study, the youth of today are no longer "digital natives" but "accessibility natives," wanting to reach people, places, ideas and brands anywhere, at any time. This is more noticeable in the UK than most other markets, with 64 percent of 16- to 30-year-olds saying that any loss of or disruption to their mobile service would have an adverse effect on their personal connections ("we will suffer a loss"), compared with a global average of 56 percent. But, as is often the case with research, it is a confused picture; a significant minority in their late teens and early 20s yearn for a world without technology.

For the "accessibility natives" there is also a strong sense of wanting to be an individual rather than part of a tribe. Laura Simpson, global director of McCann Truth Central, calls them "kaleidoscope kids" who are used to trying on many different things. The study explains that the "death of the tribe" is a process that’s been hastened by the internet, as the complex web of online connections has led to a proliferation of smaller, interest-led communities. Perhaps, in this context, it is no longer particularly relevant to talk about "youth culture" in any generalized way.

MediaCom’s global head of media partnerships, Hannah Mirza, adds: "The future of media is often presented as being the behaviors of the young, usually compared favorably to older generations. The argument is that what 16-year-olds do today, they will continue to do in their 20s, 30s and beyond. That may not entirely be true, and it’s worth looking at the choices they have made in driving platforms focusing on instant gratification up the charts. Snapchat, for example, is not about nostalgia, being overwhelmed by content [or] a public legacy that might come back to bite you in the future."

What is emerging is a picture of experimentation with social networks and sharing things digitally. For instance, youth in the UK are most prepared to have "payment technology embedded in their bodies," while their counterparts in India are most concerned with ways in which technology can connect them with their peers to build a community. 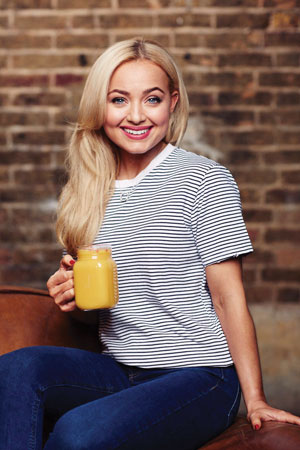 "I don’t watch TV (I can’t remember the last time I did) and I consume media on the go— Instagram, Facebook, Twitter and YouTube, to a certain extent. I also read Daily Mail celebrity gossip on my phone. As an influential blogger I also have to invest time in expanding my knowledge and skills, so I do read books. I have written my own books and have already had two bestsellers on The Sunday Times list.

"There is a strange image that our generation has—that we [all shun wanting] to know more, read more or educate ourselves. In fact, it is quite the opposite.

"I collaborate with brands, though nine times out of ten I turn down requests from brands. I only collaborate with brands I use already, or if I know they belong to a wholesome company and have an ethos I believe in. My followers—18- to 35-year-olds, 82 percent women and 18 percent men—expect that level of honesty and authenticity from me."

When it comes to finding people and expressing themselves through social media, older millennials see things differently from younger millennials and Generation Z. The former view social media as a space to express "the real me," while younger people understand it as a force that helps to form "the real me"—a kind of dress rehearsal for life. Where older millennials were more concerned with curating and editing their presence online, members of Generation Z are buying into a raw, unedited stream of consciousness to their audiences.

The youngest respondents (15-16) said they increasingly share their lives through social, and are paranoid about looking too "fake." They’re acutely aware of the tools and tricks that people can use online to make their lives look better and want to show up in a way that seems "real" to their friends. The research noted that the high value placed on honesty has driven a shift from posting perfectly composed, constructed shots to more "raw, unfiltered and utterly creative" content.

When asked which value they would most like to be associated with them, the most frequently used words were "optimism" and "positivity," alongside expressions associ-ated with openness and humanity. In terms of global causes, while older generations have tended to focus on crises, younger people focus more on movements for social equality such as feminism—inspired by "movements" they encounter on social media rather than "news" from traditional sources.

It will come as no surprise to learn that social media has overtaken television as young people’s main source of news. Last year Reuters conducted a study that revealed 51 percent of people with online access use social media as a news source. Of the 18- to 24-year-olds surveyed, 28 percent cited social media as their main news source, compared with 24 percent for TV. The implications are clear; there is a genuine worry that awareness of the world among the youth could be limited, and often incidental, creating a filter bubble in the "post-truth" world.

"But young people have never consumed news, in any generation," argues Giselle Okin, brand strategist and founder of Opinionated Thinking. The "fake news" issue now is more about knowledgeable people or those in power ignoring facts, she says. "Baby boomers went through changes in format when it came to media, from Super 8 film to, now, the internet. The change in the consumption of media taking place today is because of the change in the infra-structure. Take magazines. They had a simple role of telling me what is cool, what trends were right for me and [for me to] pass on to my social circle, and that has been taken over by digital. But if you look at TV or YouTube, both are consumed for the same reason—mindless escape. My worry is the ‘dark areas.’ A print ad has never been able to have a conversation with me or ask for my phone number. With digital, the possibilities are endless." 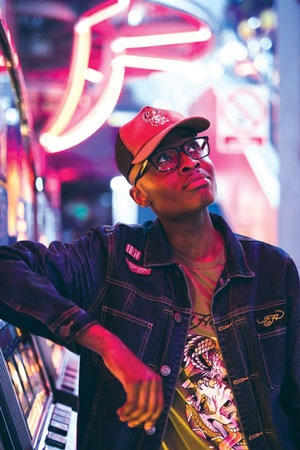 "I don’t really see much TV and if I watch TV, I watch it with my audience—like if something is on Skins that we are all talking about simultaneously.

"I consume news through Twitter—I see a tweet first about something that’s happened. FB is just slow. Twitter will be laughing about something and FB will discover it two weeks later."

"The battle for the future will be between the media that immortalizes everything we do and those that allow us to live in the moment,"Mirza predicts. "It’s about the type of feed we want. Do we want our media driven by nostalgia, not just in terms of reminders of what we did a year ago, but also algorithms that filter what we see based on our past rather than our present? It’s [the latter] that push us into bubbles  and allow us to be shocked that there are people we disagree with." 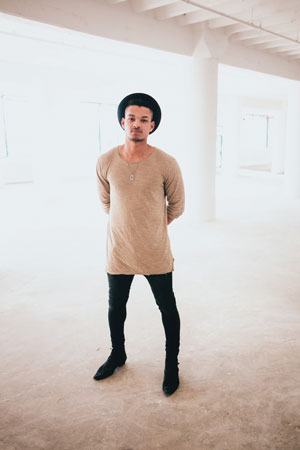 "Brands that will win on Snapchat are the ones that create a clear, consistent and compelling story. Don’t tell multiple stories, tell one that people can communicate to each other. But I’d say to brands: don’t use Snapchat. Its closed network will work against them—it’s easier to grow an audience on Facebook and Instagram. Snapchat is not dead, but the game has changed.

Stop marketing to Gen Z and start helping them

5 questions to ask yourself before investing in influencer marketing