Christmas must have come early, because it's turkey time.

All ads are not created equal.

The tremendous highs of John Lewis and Marmite come alongside a cavalcade of rude, crude and downright rubbish spots – many of which have caused an uproar among the British public.

Which is the worst? We couldn’t possibly say.

The ad begins as Lovejoy knocks on his neighbour's door with a burned bake. His (overly generous) neighbour makes a batch of easy-to-make pasta, before being coerced into a sit-down meal. In her own home. Which she made herself.

Just about every aspect of this caused Campaign to ask: "Were the makers of this ad on crack?"

Created by TBC Inc to promote the brand’s Super Mix, the spot shows a family as they sing along to a song dedicated to Haribo’s smoothness, softness and, uh, squidginess.

It was quickly turkeyed, with Campaign writing at the time: "They look like a horror version of the Von Trapps and are probably stopping off on their way to a cult compound."

The ad follows a naked man as he wanders around the countryside in what appears to be some sort of nudist colony. He nonchalantly eats a ham sandwich while singing: "You’re like tasting ham for the first time for me."

While the spot drew 371 complaints on five counts – the majority of which related to the naked cast – it was eventually banned by the Advertising Standards Authority for claiming Richmond was "Britain’s only ham made with 100% natural ingredients".

However, the trio weren’t exactly put to good use, as the work shows them rigidly talking about the brand, in a move described by Campaign as "unsettling and dull".

To attract a younger audience, Flava-It created a decidedly tasteless spot in which a woman dances with cartoon sausages after being offered a plate of pulled-pork baps at a party.

It ends with the tagline "Unleash your meat lust" and was later described by Wunderman’s global chief creative officer, Daniel Bonner, as  "a lazy piece of work reminiscent of Nuts magazine". 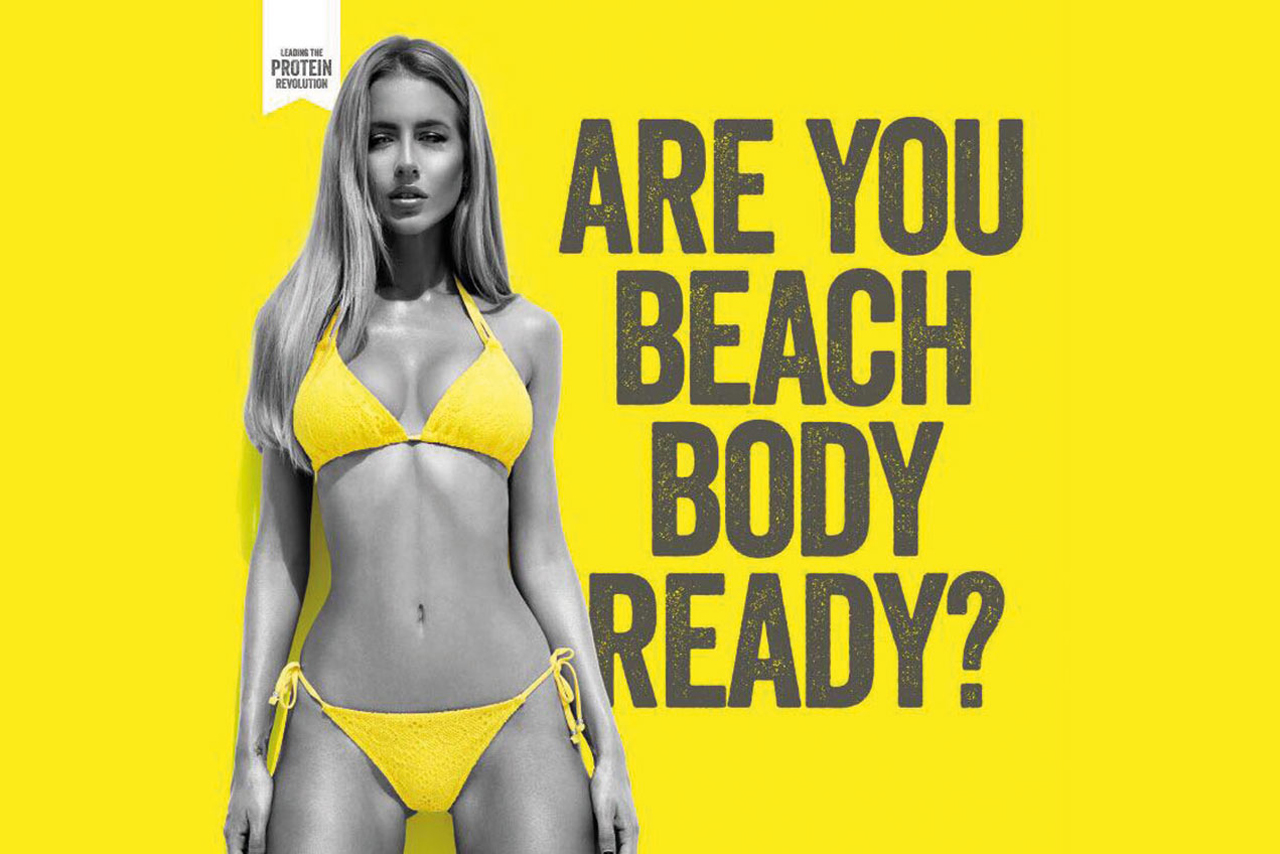 Protein World stirred controversy with its "Are you beach body ready?" posters, which featured a toned woman in a bikini.

A survey by One Pulse revealed that the campaign caused 61% of women to feel ashamed of their own body, while Protein World chief executive Arjun Seth went on to ridicule an anorexia survivor for her mental illness as backlash ensued online.

Although the ad was deemed "not offensive" by the ASA, it was later banned from London’s Underground by mayor Sadiq Khan for its "unrealistic" depiction of women, with more than 70,000 people signing a petition asking for the work to be removed.

The campaign went on to be parodied by Carlsberg and anti-Brexit newspaper The New European, with Bartle Bogle Hegarty New York hijacking the ads to promote female empowerment ahead of the 2015 Women’s World Cup final. 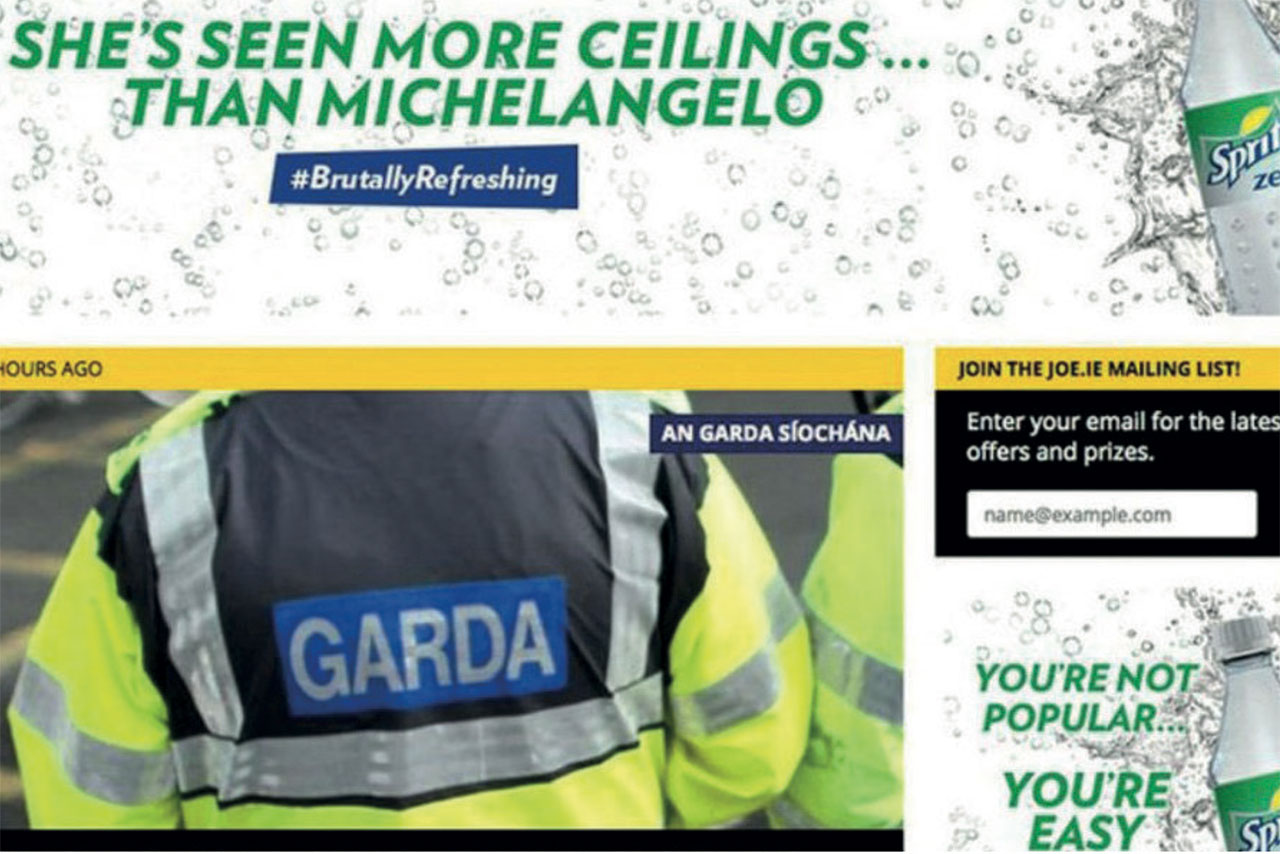 Sprite’s homepage takeover of Joe.ie was nothing short of tasteless, with banner ads boasting slogans such as "A 2 at 10 is a 10 at 2!" and "She’s seen more ceilings than Michelangelo".

Coca-Cola apologised for the campaign, which was later taken down due to complaints of sexism.

In terms of who was behind the banner ads, Thinkhouse Ireland was initially referenced in the press release, but would not confirm whether it was responsible.

Social media went into meltdown as a result of Pepsi’s "Jump in" campaign, featuring Keeping Up With The Kardashians star Kendall Jenner, with viewers claiming it trivialised police brutality.

Pepsi later apologised for the campaign, removing Jenner and her infamous spot from the web and concluding: "Clearly we missed the mark."

While the ad sparked a wider conversation about the use of in-house creative agencies, other industry members wondered why Pepsi decided to tackle the issue of social justice and institutional racism in the first place.

Mastercard massively underestimated the scoring abilities of football stars Lionel Messi and Neymar Jr with its World Cup campaign, which promised to donate 10,000 meals to children in Latin America and the Caribbean with every goal scored by the strikers.

At the time, The Times chief football writer Henry Winter accused Mastercard of "turning the World Cup into the Hunger Games", while Messi and Neymar only scored three goals between them throughout the tournament.

Unsurprisingly, the campaign was met with scrutiny on social media, leading the brand to eventually drop it.

Leaning heavily on the power of puns, Kia opted to promote its electric e-Niro range with the help of Goodfellas actor Robert De Niro.

While the concept is sound on paper, Campaign wrote: "It feels as if the agency forgot to write a script after pouring their efforts into securing a big name."

Department for Education shows role of teachers in shaping next generation

Agencies and brands must avoid drifting into an 'accidental culture'

Turkey of the Week: ET will never be the same again after you've seen Sky's ad

Turkey of the Week: Virgin Trains bows out with a nightmarish ride

Turkey of the Week: Aldi fails to entertain and Kevin refuses to die with dignity