We ask one Thinkbox Academy member to cast his eyes over the best TV creative from the past two months. Stand out spots from Argos, British Heart Foundation, Citroen, Irn Bru and Sipsmith make up the latest Thinkboxes award shortlist, selected by the marketing body for UK commercial TV. 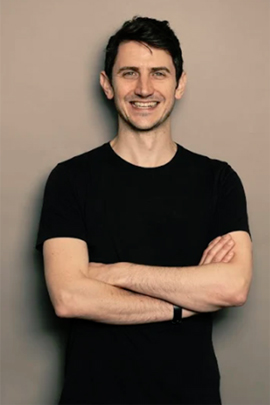 I saw that BHF ad live on the actual telly box.
No Campaign spoilers.
No production company circular.
No agency social boast.
Just simply in an ad break, twisting my eyeballs away from Zoopla.
Oh, the joys of an ad on the actual telly just doing its thing.
Everything about it is effortlessly loveable.
No bells, whistles, manifestos, pompous tracks or budget spunking post production.
Just a captivating performance of an elegant script, deftly directed with even a free bloody poster thrown in at the end to boot.
A modern day "Accrington Stanley, who are they?" if you will.

I’m sure Sipsmith will win this month because it looks fit and smells cinematic.
But we should fist pump the little guys and terrestrial budgets more.

"Now that we’ve ran out of money we have to think," said a man - who ironically died of a stroke.
Here’s to keeping the blood flowing to our brains.

1. Argos "So stylish you can wear it"

A simple proposition – that the Argos new Spring Summer homeware and furniture collection has a touch of haute couture class – is brought to life with madcap energy in this mildly satirical spot. A couple’s house and garden become the set for an impromptu high-fashion catwalk show, with pouting models springing up from nowhere to showcase outfits cunningly contrived from cushions, rugs, duvets, lampshades, plates, deckchairs and even a garden hose. With Argos, the endline explains, "You’re good to go."

In a direct-to-camera ambling monologue inspired by Paul Whitehouse’s "Brilliant" segments from The Fast Show, 10-year-old Mickey Pickles gives us some no-nonsense facts about the heart as he marches home from school, skips up the stairs to his room and changes into his football shirt. He gives us the low-down on the circulatory system and holds forth on conditions researched by the BHF, like strokes and vascular dementia - and he’s something of an expert. He was born with a heart defect, now cured.

In each of these Citroën sponsorship idents for the Channel 4 dating show, First Dates, the set-ups are like scenes from classy French romantic films, with couples sat in cars professing undying love. The comedy pay-offs pull back to reveal these scenes in banal (and very British) contexts – the car is in a car-wash or outside a convenience store or in the drive-through lane of a fast food outlet. Happily though, the interior of the Citroën C3 is pleasingly comfortable.

A serving of surreal comedy from Irn-Bru here as it brings us a bedroom showdown between a man and his hair-do, which detaches itself from his head and announces it’s leaving. It’s bored, unfulfilled and, drawing on its new-found strength (the sort of can-do energy that Irn-Bru, traditionally Scotland’s "strong man" drink, tends to give you) it flounces out. And the poor guy’s eyebrows decide to leave him too. "Get some Irn in you," the endline recommends.

5. Sipsmith "We make gin not compromises"

In its first-ever commercial, Sipsmith brings us an animated swan (Mr Swan, naturally, inspired by the brand’s logo) who guides us through the company’s take on small-batch gin distilling. An endearingly vain creation, Mr Swan is urbane and sophisticated, if a little clueless at times, as he explains how Sipsmith’s copper pot stills work, introduces us to the "best juniper guy in the business," shows us bottles being hand-sealed in wax and generally outlines the brand’s uncompromising pursuit of quality.