TV advertising marketing body Thinkbox has revealed that brands spent a total of £5.11bn on the medium in 2018, unchanged from 2017.

The lack of growth in a World Cup year continues a rockier era for commercial broadcasters since 2016's record £5.27bn total – a period that is likely to be extended in 2019 by the scheduled withdrawal in the summer of gambling brands from advertising in live sports.

Online brands, which surpassed food as the single biggest-spending category of TV advertiser in 2016, increased their collective spend by 7% on 2017 to £760m. Amazon upped its spend by 21% to £60m, according to Nielsen, making it the third-biggest spender on TV after Procter & Gamble (£169m) and RB (£79m).

However, those rises were offset by drops of 3% for food producers and retailers (still the second-biggest category at £534m) and 6% for the hard-hit general retail sector (the ninth-biggest category at £243m). Most seriously, the amount of spend from the long tail outside the top 10 categories fell 6% to £1.296bn.

One slight surprise in Thinkbox’s figures was that the cost of TV advertising rose by 1% in 2018 – something that at first glance appears contrary to the long-term deflationary trend. The average cost per thousand for broadcast TV ad views over the year was £5.13.

Thinkbox rejected the idea that the medium is becoming more expensive, providing as evidence the chart below of retail price index-adjusted average prices that shows 2018 was the most inexpensive year since at least 2004. 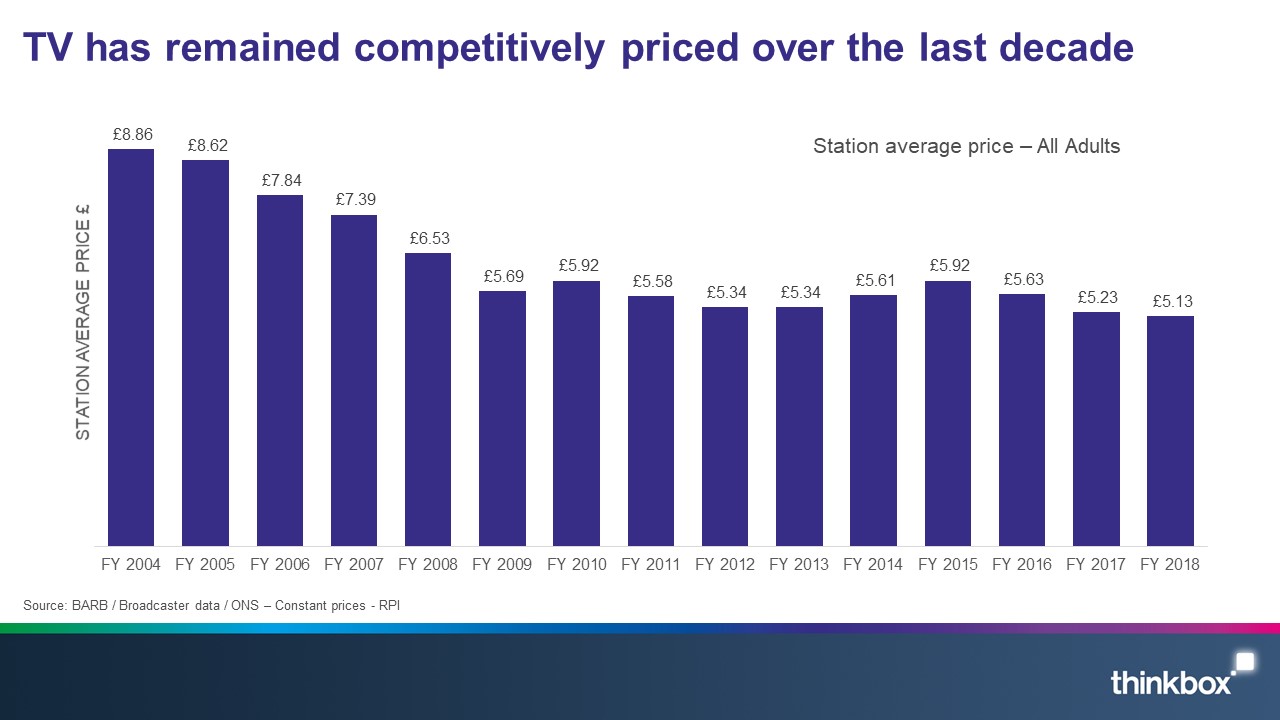 "As broadcast video-on-demand viewing grows and Sky further integrate their platform to put on-demand at the heart of their offering, it’s unsurprising that linear impacts are taking a hit. That’s why a varied video mix that includes VOD is essential to maximise reach."

Another data point included in Thinkbox’s figures was the number of advertisers that were either new to TV or had returned to the medium after a gap of at least five years. In 2018, that number was 867, which was significantly higher than 2017’s total of 785.

Two major finance brands that returned after a shorter hiatus – Capital One and Visa – helped drive an 18% rise in spending from that category to £378m. 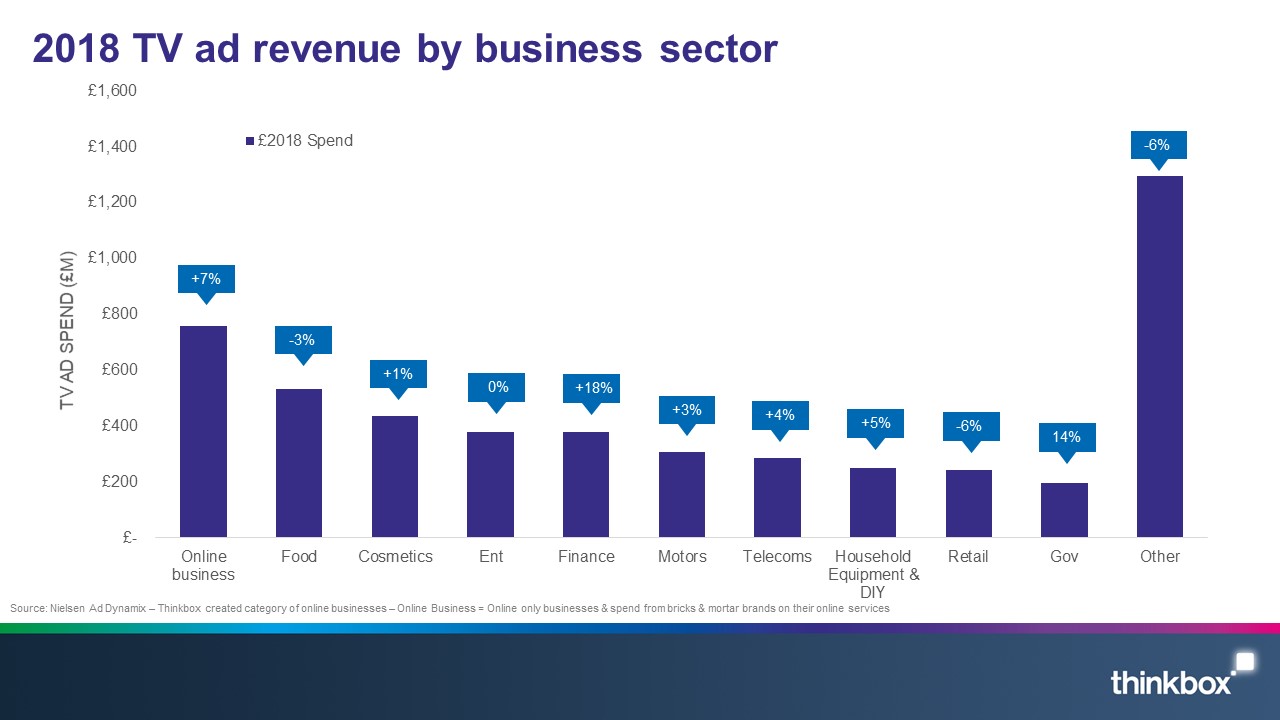