After nearly 10 years and considerable success in Japan, Twitter has decided it's time to launch its first branding campaign for the market. Why?

Twitter has been active in Japan since 2008. While critics were initially sceptical of its chances, it has seen Japan grow to be its second biggest market outside the US in revenue terms. Last August, Twitter reported that its Japanese operation had overtaken the UK, generating 10 percent of global revenue in the second quarter. Sales totaled $61.2 million.

As user growth flattens out in a number of markets, Twitter claims Japan is still growing, with 40 million monthly active users as of September 2016. Progress until now has been largely organic, but the company feels a more deliberate effort is needed to reel in professionals in their 30s.

Its first branding campaign for Japan aims to convince people that Twitter can be their best source of up-to-the-minute information, no matter how niche their interests. Under a slogan that translates as "Twitter has the now that you don't yet know," prominent outdoor and online displays feature tweets around topics ranging from Donald Trump to high school baseball, sumo, cats and a lack of nursing schools. 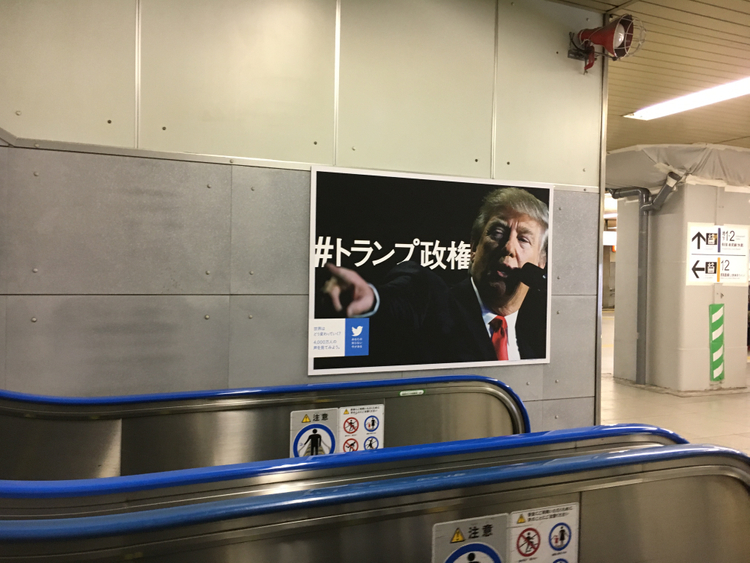 Nick Watanabe, marketing director for Japan and Asia-Pacific, said non-users aged 30 and above are inclined to think of Twitter simply as a micro-blogging social network. Active users, he said, "see us as the fastest way to find out what’s happening around them and to discover different perspectives."

"Twitter can be used as a utility for busy business people to find out real-time information and news," he said. "Introducing this approach to use Twitter as a real-time news information-consumption platform has helped us attract new users in the last two years. We are seeing this not only in Japan but globally."

Campaign's view: It's curious that Twitter has waited so long to promote itself in this way. We'd have thought it was fairly obvious that the platform can serve as a useful source of information. If people really haven't worked that out, we're not sure if the copy/creative approach will be strong enough to convey the message effectively. Only time will tell.