Girls who want to play football can face challenges boys don't. That was the story of one primary school team in Devon: the girls had no kit of their own, just oversized, hand-me-downs from the boys. They faced another season in this ill-fitting, second-hand boys' kit...

Barton Hill Academy teacher and the team’s football coach Jordan Bushell (@Bushell17J) wanted to fix the problem – and get the girls’ team playing in the kit they deserve. He sent an email to social-inclusion charity Football Beyond Borders (@FBeyondBorders) for help. They responded by turning to Twitter. And very quickly, the charity connected with influential voices and players from the women’s football community.

Former West Ham United Ladies footballers Mollie Kmita (@MollieKmita) and Claire Rafferty (@clrafferty1) got involved, and in less than an hour, the issue was sorted. Kmita used her connections within the football industry, securing support from sports retailers Nike and Pro:Direct, to organise free kit for the girls’ team, which was delivered this October.

The issue took just a couple of Tweets to fix, an example of an only-on-Twitter moment involving the women’s football community and how it came together.

Bushell shares his gratitude at the help the school received amid shrinking school budgets: "The school had already sourced the boys’ team a kit, using up the budget, which meant that the girls would have to be given the hand-me-down kit from the boys, again."

"I posted out a really hopeful Tweet and Ceylon Hickman from Football Beyond Borders got involved and retweeted me. The response was incredible. Mollie Kmita got in contact, said she agreed with everything I was saying and wanted to sort us a kit. She did so much to help and kept in constant contact to make sure the kit was everything we wanted." 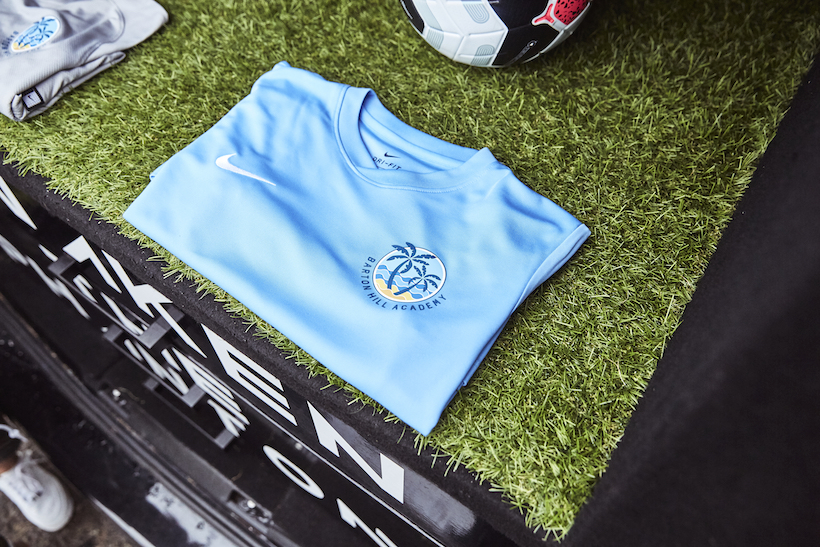 Football’s winning on Twitter
Football is one of the largest groups on Twitter(1), as established in a groundbreaking research project into understanding the audience on Twitter in the UK. The study uncovered the communities that thrive and drive conversation on the platform.

Using a combination of cutting-edge data science analysis (2) and traditional market research, the study identified 75 subcommunities. It looked to uncover what motivates Twitter's audience and how brands can best engage.

Within football, there’s a spectrum of different people who have an interest in a specific part of the sport. The many different groups include club tribes, grassroots football, Spanish football, stats and analysis, England internationals and women’s football.

The women’s football community contains everyone from top athletes to dads ferrying their daughters to training. They’re coming together to live tweet matches, cheer the action and celebrate players. They’re pushing to empower and elevate one another in a traditionally male-dominated business.

Football Beyond Borders coming to the aid of the Barton Hill Academy girls’ team (@barton_girls) is an example of how that community supports itself. And it points to how the community can achieve more through Twitter.

According to Ceylon Andi Hickman (@ceylonandi), head of impact at Football Beyond Borders: "It’s a really, really, nice story. I was so surprised; within 15 minutes it was sorted. I thought if we can do this in such a short time, what more can we do for girls across the country who want to play football."

Three ways brands can connect with football communities on Twitter

1. Support grassroots development
This is what football communities want most from brands (even club tribes). Brands’ involvement can range from ongoing support for grassroots clubs or help in funding facilities, kits and resources through sponsorships and other activities.

Kit out your grassroots team and checkout faster with PayPal – leaving more time to focus on your game. Find out more about how PayPal is helping power grassroots football from Monday to Matchday at https://t.co/n8tIhyV9GN#PoweringPossible pic.twitter.com/qHsmikAS6z

2. Add to the football conversation

People from this community on Twitter thrive on being the first to know, in having unique information or perspectives on what’s happening in football. This gives greater social capital and standing in their group. See how betting companies use statistics and analysis to engage fans.

We're committed to growing the game at every level and are partnering with the FA Girls' Football School Partnerships to support girls and help them grow and progress in football. #BarclaysFAWSL ?

3. Raise awareness for women’s football
Support can be as simple as Tweeting about the Lionesses. Most importantly be consistent. Don't just Tweet around big games; do it over time.