Displays will be in six London locations.

Twitter is dressing up its users' Halloween tweets for a series of installations in London.

With many traditional Halloween rituals on pause due to Covid-19, Twitter has spotted an opportunity to provide passers-by with some light relief by displaying a series of "eerie realisations, mortifying moments and awkward encounters".

The tweets will be located at Old Street, Easton Street, Ebor Street, Copeland Road, Clink Street Tunnel and Southwark Bridge. They have been grouped into categories, so the Clink Street Tunnel, for example, features a collection of "everyday hauntings", which are the awkward moments and comical incidents from everyday life, including this admission from Twitter user @ceejoyner:

2 halloweens ago I was brutally owned by a small child when I answered my door in normal clothes as she said 'nice lumberjack costume'. 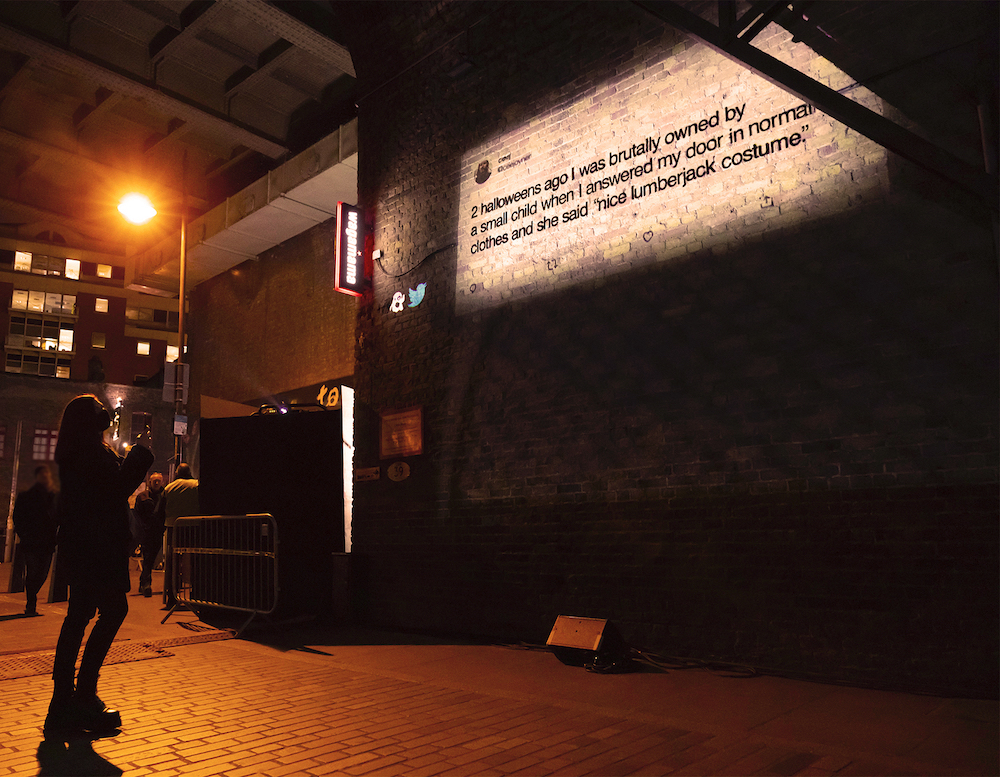 Louise Adams, senior marketing manager at Twitter UK, said: "People on Twitter are so incredibly creative, witty and honest that their Halloween tweets had us all in hysterics. It's a massive talking point every year, and because most of us will be dressing up in our pyjamas rather than as goblins, we thought we'd dress up the tweets instead. We hope it provides some light relief to passers-by this weekend."

The campaign continues Twitter's strategy of bringing tweets to life in the real world. Past editions have included a parody tourist centre "Visit #ScottishTwitter" at the Edinburgh Festival, and the "Dating Twitter Advice Bureau" in Covent Garden, London.

Should brands get involved in political campaigns?

Instead of blaming young people for Covid, engage with them