Many aspects of working life became tougher, APG survey finds – but more than seven in 10 want to continue working in planning.

More than two-thirds (67%) of agency planners have found it harder to work with creatives during the pandemic, compared with just one in 12 (8%) who have found it easier.

That’s one of the starkest results from a survey of 337 planners carried out at the start of March 2021 by the APG. 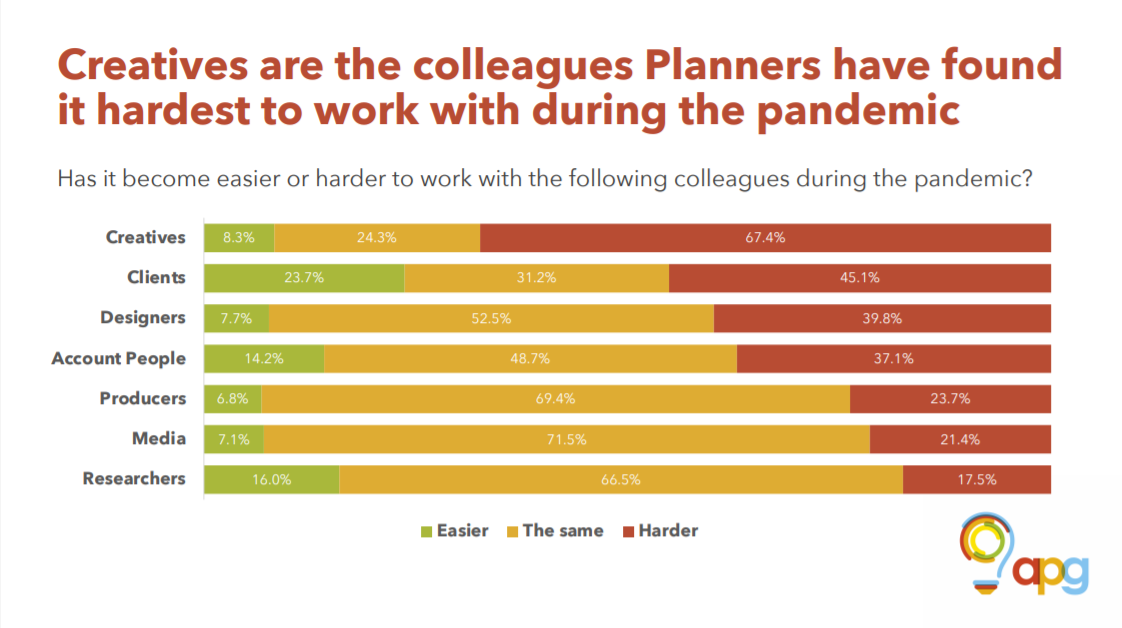 After creatives, the group next most likely to pose problems was clients, who 45% of planners found it harder to work with it. But at the same time, almost a quarter of respondents (24%) said it was easier to work with clients, a higher proportion than for any other role.

Aside from the challenges of human interaction, a year spent working mostly at home has had a negative impact on planners in several ways, the research found. Sixty-four per cent said they had found their jobs more demanding overall, 65% have struggled to maintain work/life boundaries and 61% have worked more hours.

More than half of all respondents (57%), and 71% below director level, said they had been given more responsibility since the start of the pandemic – but this has not translated into greater job satisfaction.

Fourty-six per cent of planners said they were finding the job less enjoyable – compared with 19% who found it more enjoyable. And 35% now consider work to be less important than prior to the pandemic, against 21% who see it as more important.

These figures could be influenced by other factors identified in the research: 61% said they felt more cut off from peers than before. Respondents were also more likely to say they were managed and supported worse than before (31%) than they were to say better than before (18%).

More than half (53%) of respondents said the pandemic had affected their career plans – with that number rising to 61% of those below planning director level, and 65% among all planners from an ethnic group other than white. Across all agencies' roles, staff from ethnic minority groups are more likely to be in junior positions. 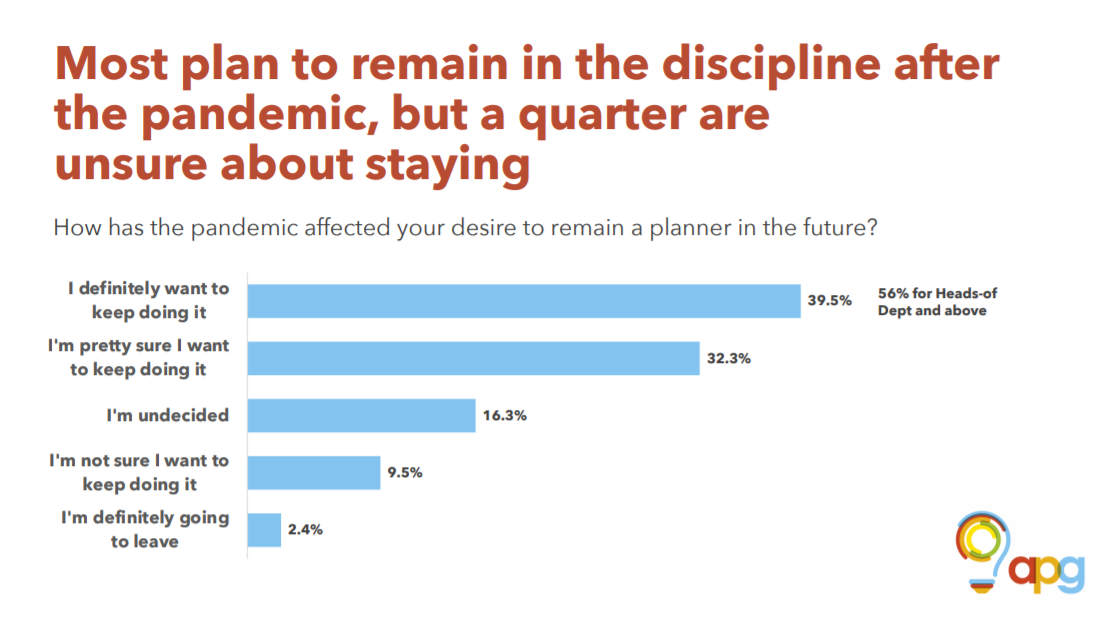 Despite this, 72% of respondents said they probably wanted to keep working in planning, with 40% being sure this was the case. A further 16% said they were undecided. 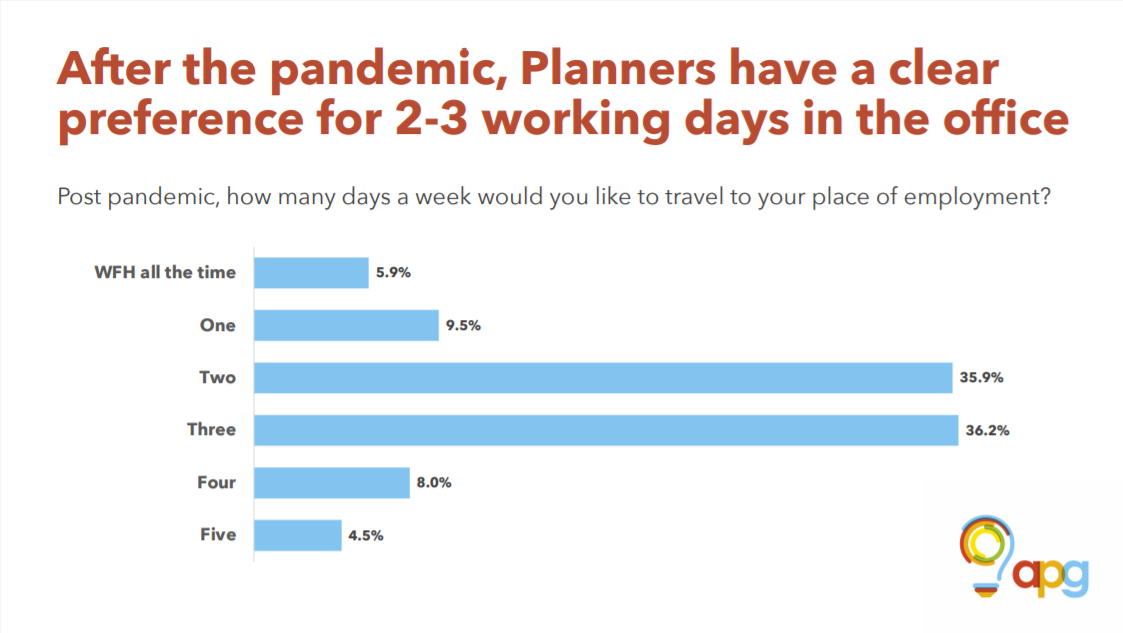 After restrictions lift, planners overwhelmingly want to work either two or three days a week in the office, with 36% giving each answer. Only 6% would prefer to work from home all week, with even fewer (5%) gagging to return to the office five days a week.

Why planners are breaking free from agency chains