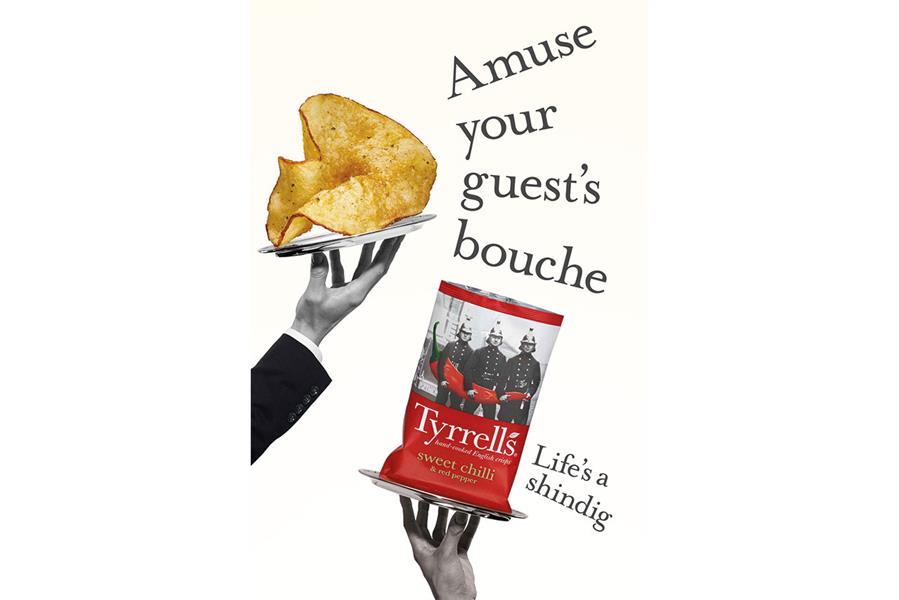 Tyrrells plays up to its reputation as a "dinner-party crisp" in its first advertising campaign.

Wieden & Kennedy London created the work, which comprises three poster ads. The posters feature light-hearted headlines – such as "Amuse your guest’s bouche" – alongside quaint English imagery that matches the design of the crisp packets. Tyrrells, which has previously never advertised in its 13-year history, reported sales of nearly £50 million in August’s moving annual total. The work was written by Max Batten, art directed by Ben Shaffrey and photographed by Qiu Jang through Mini-Title. Retouching was by Stanley’s Post.