Uber has teamed up with Channel 4 to launch a series that peeks inside the cars of the app's top drivers in Britain.

Running on Channel 4’s on-demand service All 4, Where to, Britain? will span six five-minute episodes that follow Uber drivers as they pick up and drop off people across the UK.

It will be narrated by Dawn French and show relatable moments and candid confessions from the drivers and passengers.

"And that's as real as you can get" - watch what happens when driver Ali talks milk prices and Manchester accents with four @ManUtd stars. Watch more #WheretoBritain on All 4 now: https://t.co/t1rSN2Vzbq pic.twitter.com/615G1WrYJ7

Passengers featured in the series will include Manchester United players Ashley Young, Juan Mata, Marcus Rashford and Axel Tuanzebe as they travel to and from football practice.

Each episode was filmed in a different UK city: Manchester, Bristol, Birmingham, Leeds, Newcastle and Glasgow. The show will also be promoted and distributed within the Uber app and geo-targeted by city.

The series was funded by Uber, created by Gravity Road, and directed by Chris Faith through Faithful Hound.

A promotional campaign, also created by Gravity Road, will include social media content and digital out-of-home advertising featuring photography of the drivers. Hannah Maule-ffinch shot the photos for the ads. 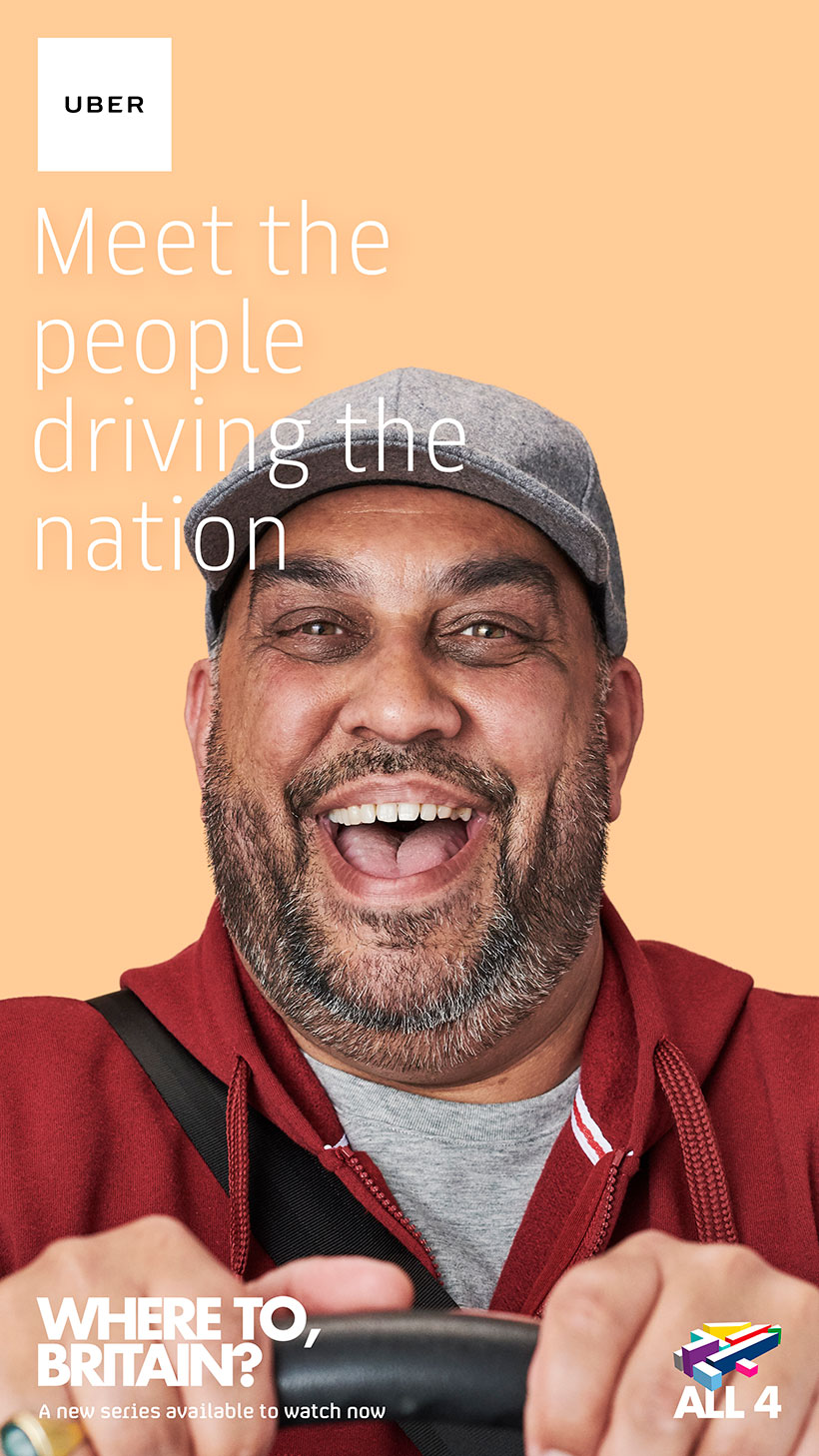 Uber "Warehouse and supermarket vs Uber" by Bartle Bogle Hegarty