Swiss financial services giant UBS today launches a digital-heavy global rebranding, through Publicis Worldwide, that focuses on answers to the questions clients ask as they go through life.

"The bank has gone through a significant strategic transformation," said Hubertus Kuelps, group head of communications and branding. "We declared that transformation complete early in the year. The rebranding gives us chance to demonstrate that."

The company’s global group CMO, Johan Jervoe, added that the time is right for a brand relaunch because after a challenging time, "respect is coming back" in the financial services sector. After an extensive restructuring, UBS believes it is ahead of its competitors in terms of focusing on client needs, and wants to tell that story to a world that is becoming more receptive.

"We have done a massive amount of client insight and research to see what motivates clients across countries and across all client groups," Jervoe said, citing 2,500 client interviews with everyone from students to wealthy individuals to corporations. "It became clear that there are more similarities across the world than we might normally assume. Some of the questions stay pretty much the same."

Thus questions form the foundation of the creative concept, and 70% of the spend is going to digital media with the aim of bringing people back to a content-rich website intended to show the brand’s commitment to finding answers. As the new slogan puts it, "For some of life’s questions, you’re not alone. Together we can find an answer."

The online-weighted strategy, Kuelps said, stems from a belief that a rebranding can’t just be a 1,000-foot view. "It has to support the business," he said.

wide player in 16:9 format. Used on article page for Campaign.

The media spend will be split evenly across the Americas, Europe and Asia, Jervoe added.

Major media partners for the rollout are LinkedIn, Bloomberg, FT, The Economist, Monocle and Forbes. Although the bulk of the budget is digital, the 90-second brand film (above) will run on the BBC and Bloomberg TV, and the brand will be spending some money on OOH and print (featuring work by famed photographer Annie Leibovitz), as well as a full social strategy. 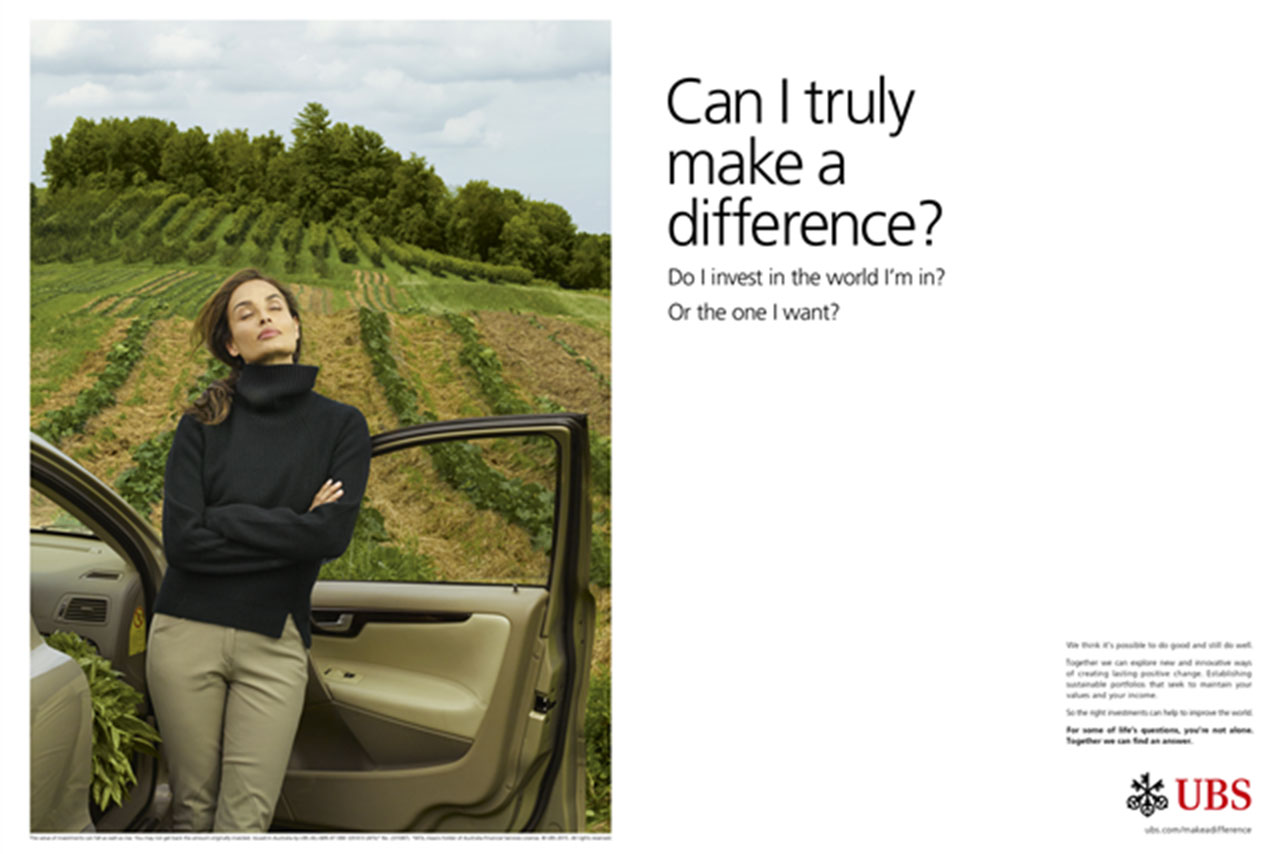 In addition to Publicis, UBS worked with Zurich-based SMK on strategy, and Kuelps and Jervoe also credited Prophet for early strategy work. Starcom is the media agency.

The rebranding is not a campaign, Kuelps noted, but a full redesign that includes all elements apart from the logo. In addition to a new tone of voice and an overall look and feel, the brand has developed a new sonic logo, based on research by the University of Leicester showing that companies that match their brand to music are 96% more likely to be remembered. Perhaps also significant: Jervoe spent nearly five years with Intel, another company known for its sonic logo (which you are probably hearing in your head right now), before joining UBS. 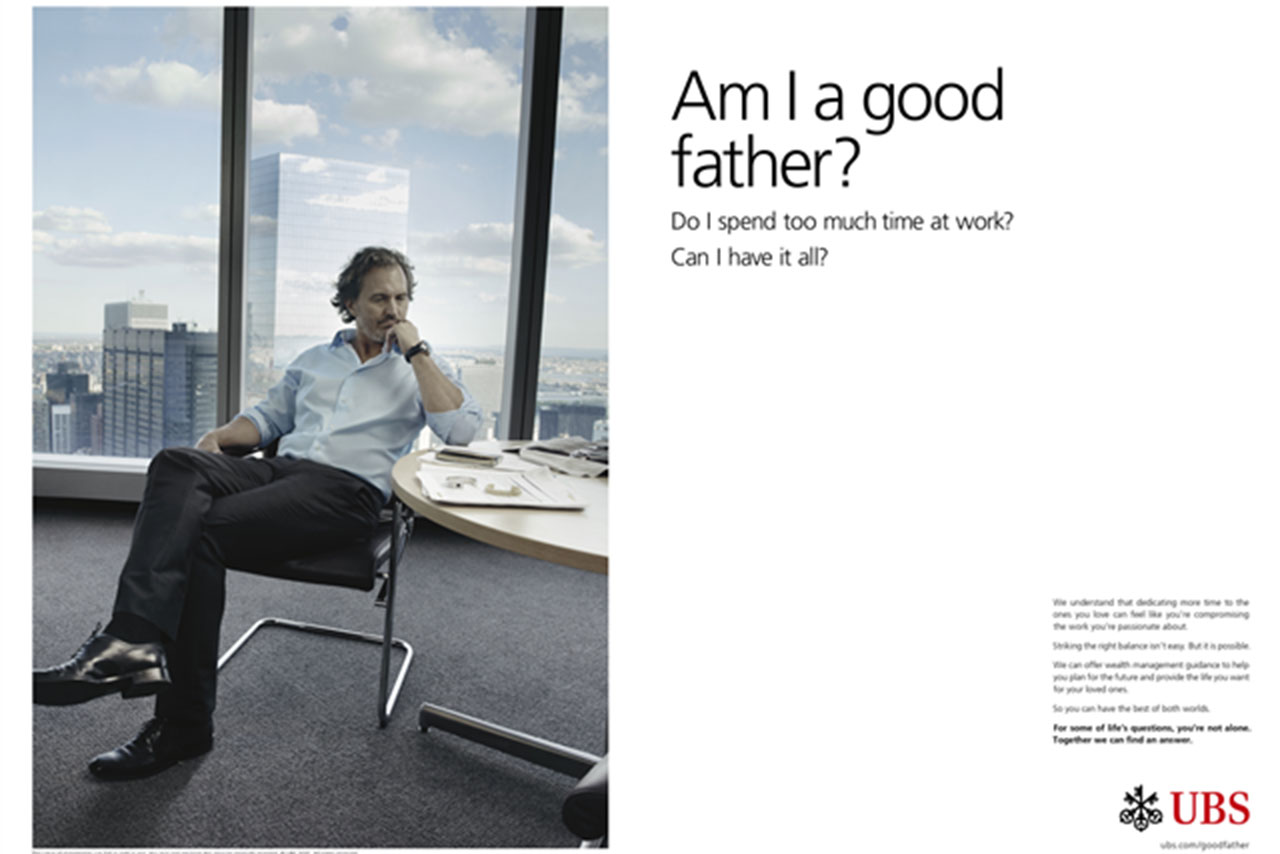 Beyond the launch, UBS will stoke the fire for its rebranding by acting as the sole "commissioning partner" for a 10-city, 12-month tour of an exhibit of Leibovitz’s work entitled Women.

In addition, the brand will be presenting a two-year series of more than 40 video interviews with Nobel laureates, addressing some of the biggest questions in economics.

Best Western: Why the 69-year-old brand is modernizing its image

About that Google logo: 20 Twitter reactions from agencies, designers and brands

7 ways marketers are making sense of a changing China

Hegarty on Soho, sacrifice and the secret of life