UBS is talking about the barriers that women face in the latest stage of its brand campaign. But this would lack all credibility if it didn't have its own house in order, its group chief marketing officer said.

Johan Jervøe (pictured below) told Campaign the bank has seen a "significant difference" in how it is perceived, since launching its brand campaign in 2015. 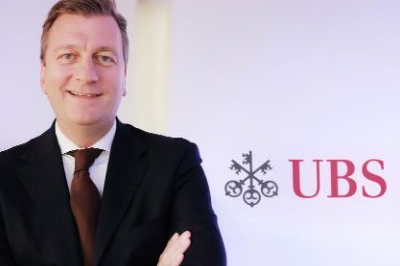 This came after a long period of UBS being "fairly passive", communications wise, while the business focused on making sure it was run in a way that reflected the values it wanted to project.

A big part of this was working to increase the presence of women in all parts of the company. Around 40% of employees are now female, and about a third of senior management.

"Diversity is more than just gender – it’s age, religion, sexual orientation," said Jervøe, adding that if a company can improve the way the it is set up, "you help all of those groups".

Doing this has allowed UBS to talk about supporting women with credibility, but it is beneficial in its own right, he said. "All scientific evidence is that the more diverse the team is, the better solutions they get. It’s not only the right thing to do to be diverse, but it’s commercially the right thing."

The mission to be a diverse organisation is an ongoing one, he acknowledged: "If you don’t keep pushing the pedals, at some point you’ll fall off."

The latest ad from the bank, released on International Women’s Day, features the type of questions that UBS’s female clients find themselves asking, and reflects the challenges many women experience in their professional lives.

The spot, which includes a re-recording of the song Free Me by Joss Stone, continues the bank's efforts to humanise the brand.

"But if you don’t understand what that letter says or this proposition says, you don't feel comfortable, and you feel left alone. As a campaign consequence, the way we take that into advertising is to be in their language."

Jervøe’s background is not what you’d expect for a marketer in financial services. He spent 13 years at McDonald’s holding roles including corporate vice-president of global marketing. He then had a stint at Intel, but insists he has been able to apply many of the same ideas to his work at UBS.

"Humans are humans, there’re more similarities than differences," he said. "On a strategic level, understanding human desires and interests, being able to address that in an intriguing way is the same whether it’s a Big Mac or a wealth management proposition.

"Yes, money has a certain amount of seriousness but humans take all decisions emotionally, and then post-rationalise. So you need to find a way to humanise the conversation."

What does FA stand for? New brand purpose says: For all

Maguire and Weldon challenge 'empowerment' and 'celebration' of women in advertising

Inspiring Girls "It's time to get animated" by MullenLowe London

UBS "together we can find an answer" by Publicis London