UK advertising exports grew 15% in 2018 to £7.9bn, more than three times the level of a decade earlier and helping the industry overtake engineering and telecoms to become the country's second-biggest export sector after computer services (see chart below).

The value of international trade in advertising has increased from £2.4bn in 2009 and is almost double 2014's figure of £4.1bn, according to the Advertising Association's UK Advertising Exports Report 2020.

"Increasingly, the world buys its advertising from the UK," Stephen Woodford, chief executive of the AA, said, adding that the figures were a cause for optimism even as the coronavirus pandemic casts a shadow over the global outlook.

"With this global health crisis in mind, more than ever we have a fundamental role to play in supporting businesses from the UK and from around the world to keep the economy moving and support jobs and livelihoods," he said. 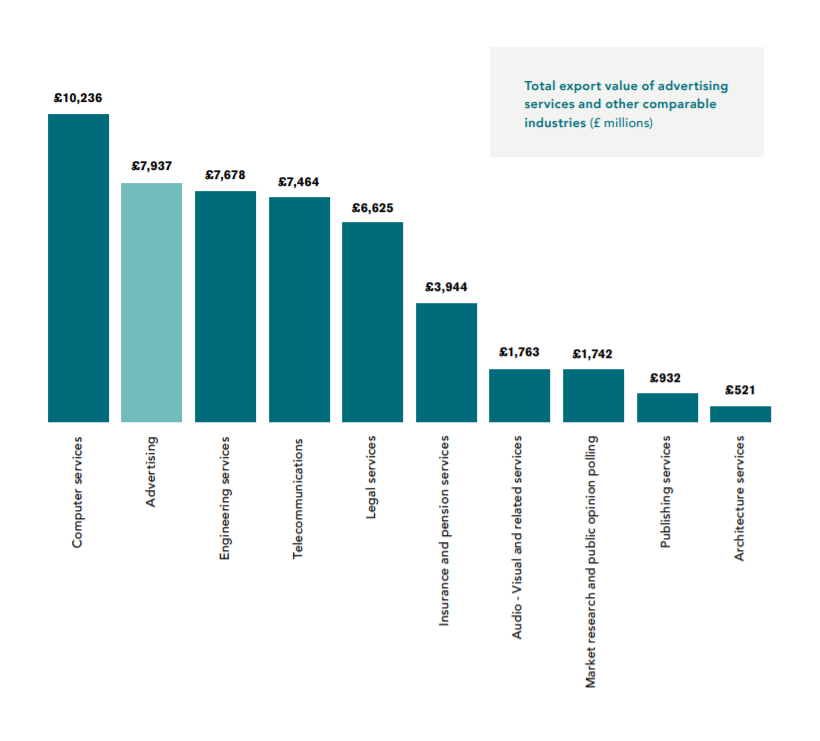 The US is the largest market for UK ad services in terms of individual country exports, purchasing £1.1bn worth of UK ad services, followed by Germany (£1bn), France (£733m), Switzerland (£661m) and Ireland (£640m). 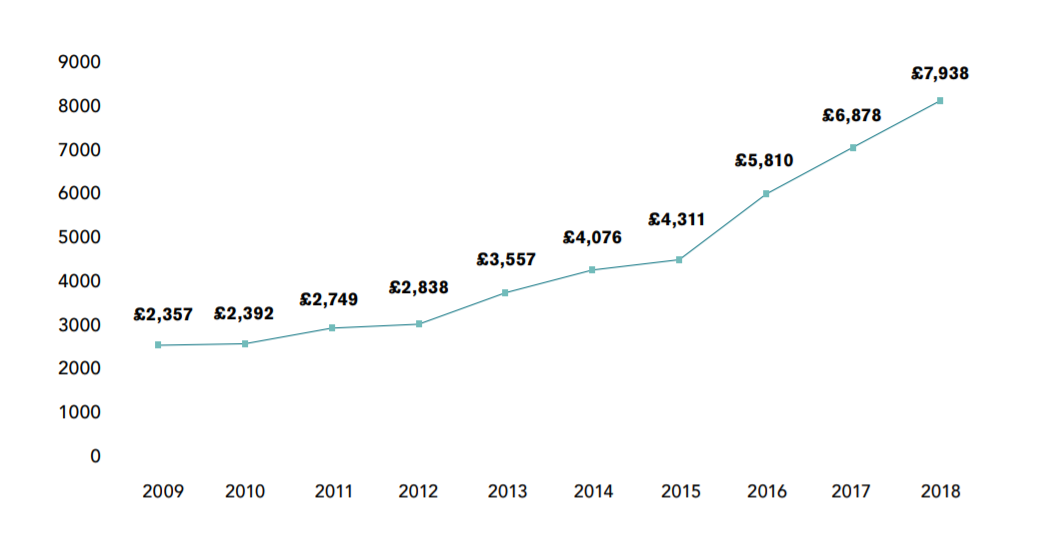 Analysis from Credos found that 53% of all UK ad exports went to European Union countries.

The data, however, covers a period in which then prime minister Theresa May was pursuing a form of Brexit that would have retained a close economic relationship with the EU.

The UK left the EU in January 2020 after three-and-a-half years of negotiations, and Boris Johnson's government has indicated that it will significantly diverge from the EU – something that could disrupt trade within Europe. However, advocates hope that it will also make it easier for the UK to grow trade with other countries, including the US.

Woodford said: "To have jumped into second place as an export among comparable industries is a genuine demonstration of UK advertising’s strategic, creative and technological strengths. It is something we should be rightly proud of.

"We are determined to throw all our energies into building on this position of strength to enhance the UK’s status as a world-class hub for responsible advertising that makes a valuable and trusted contribution to people, society, businesses and the economy."

Writing in the report, AAR managing partner Martin Jones said many future opportunities for UK advertising were likely to come from less developed markets – but that the industry should adopt a diverse approach to driving growth.

"Whilst it is unlikely that as a market we will ever get to the stage of CMOs of brand owners with quality indigenous agencies (eg US, France, Spain etc) coming to the UK to source their rosters, there are undoubted opportunities with clients based in China, the Middle East and parts of Europe, where home-grown quality is not as prevalent," he said.

"Whilst the work that is already being undertaken in this area is undoubtedly creating the bedrock for future opportunities, we are already witnessing a number of brands with global agency rosters (eg Coca-Cola, Diageo, Mondelez and Pernod Ricard) preferring to appoint UK-based agencies to their competitors from other continents when appointing agencies for new brands or refreshes.

"Historically, we have witnessed Amsterdam-based agencies benefiting from positioning their location as being a gateway to international/global audiences because of a more 'neutral' approach to audiences. Looking forward, this may be something from which we in the UK could learn in this post-Brexit era, particularly as it coincides with a concerted effort towards creating a more genuinely diverse talent pool within the creative industries."

Adland anticipates at least 20% hit to market from coronavirus

Go forth and advertise

Nigel Farage: Ad industry has 'no idea what's going on in people's lives'

What does UK Cannes awards decline say about the state of British creativity?