Adam & Eve/DDB was named Agency of the Year after landing four Grands Prix (all for Harvey Nichols’ "sorry, I spent it on myself"), as well as seven gold, four silver and seven bronze Lions.

OgilvyOne was the only other UK agency to win a Grand Prix, for its "magic of flying" work for British Airways in Direct. The shop also picked up five gold, one silver and two bronze Lions.

The judges awarded Wieden & Kennedy four golds – three in Film Craft (all for Lurpak – two for "Cook’s Range" in collaboration with Blink and one for "adventure awaits" with Wave Studios) and one in Creative Effectiveness (also for Lurpak). W&K also received two silvers and two bronzes.

Meanwhile, TBWA\London flew back with two gold Lions for "D Rose Jump Store" in Design and Outdoor, as well as three silvers and one bronze. 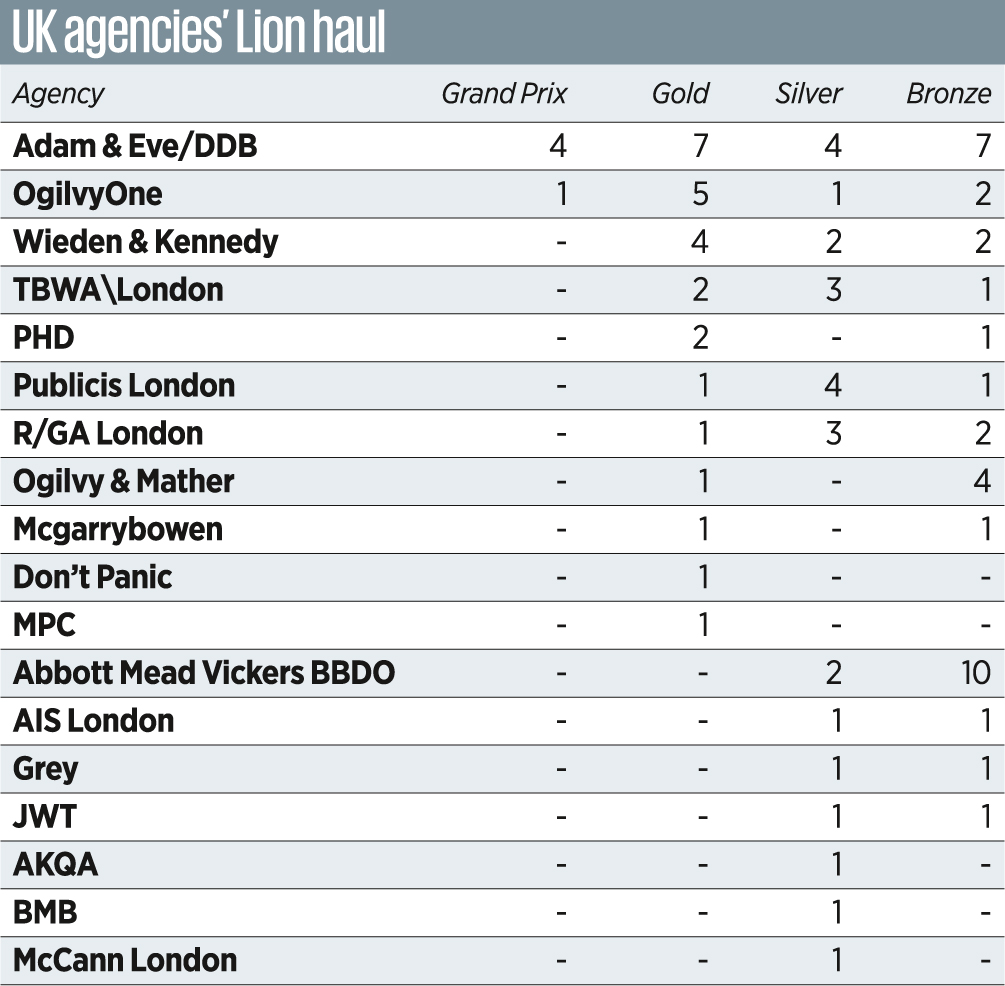