An increasingly global outlook, backed by an influx of international talent, is helping the UK's creative industries to stay ahead of the pack as the Cannes awards season begins.

Each month The Forum questions members of The Marketing Society on a hot topic. For more on membership, visit www.marketing-society.org.uk. 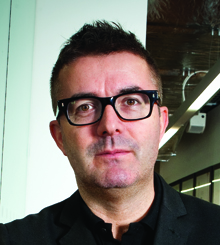 From an agency perspective, the UK is still a creative leader but only because it has adopted a more global mindset. The UK agency view used to be arrogant and parochial. But we have had a few years when the UK has been found wanting versus the creative energy coming from South America, Asia and the North American agency scene.

UK agencies have become more internationally minded for three reasons. First, digital technology enables us to create work for international clients in a lighter and nimbler way without sprawling networks and politics. Second, London (where most agencies are) has become a truly global city with many more globally minded clients hubbing here and a much richer international talent pool to recruit from. Third, London’s position on the meridian enables it to work with Asia at the start of the day all the way through to the US West Coast into the evening. 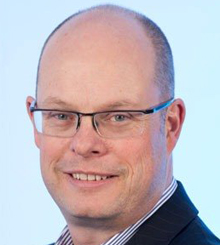 From technology, fashion and art, to automotive and advertising, UK creative industries are buzzing.

The Oscar-winning success of UK-based Framestore and the extraordinary achievement of the film Gravity show just how much talent there is in the UK. If you look at the automotive sector, meanwhile, Gerry McGovern and his Land Rover design team continue to set the standard.

Perhaps the most telling sign of the continued success is coming out of UK tech centres, challenging the hegemony of Silicon Valley so the UK not only remains a global leader in the creative industries, but is constantly pushing to improve on that position.

This year, Mars will be supporting New Designers 2014, one of the UK’s most important graduate design exhibitions, which is always full of fresh thinking. As marketers we all have a responsibility to continue to drive UK creativity. 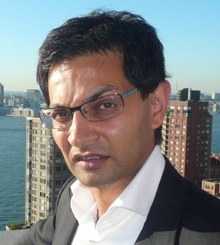 While the UK may not feel as fresh as some emerging markets attracting critical acclaim right now, the level of the output from the UK remains world class.

Many of the success stories at the Oscars this year had British roots, with Gravity being created almost entirely by Framestore. Our theatres are a prime tourist draw and the work of our designers, from Stella McCartney through to Topshop, hold their own on a global stage.

The produce of our creative industries infuses life globally, and in marketing we see repeatedly that there is a direct correlation between creativity and effectiveness. The creative work of many global brands is led from the UK, and we  attract international creative talent.

So, as a source of innovation for the wider industry – through branding, design, developing content and products – the UK continues to excel. 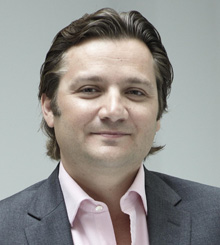 The case for "no" is ostensibly compelling. Although it still holds its own, the UK has, arguably, lost its seemingly unassailable supreme positioning. The reality is that new creative elite markets have changed the competition. Creative tastes have broadened considerably – for the better of the industry globally.

Yet a migration of creativity has resulted in a vibrant London creative scene, and creative businesses such as post-production houses (Framestore/ Gravity) or branding and design agencies (Landor Associates and Brand Union) are recognised as world leaders.

Creative big winners in the past decade are multinationals –  brands that are domiciled or marketing-led from the UK.

It would appear, therefore, that we have a win-win situation: growing creativity and inclusion across geographies, with brand and creative leadership very firmly residing in the UK. 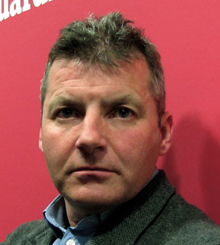 Absolutely. Not only do the creative industries contribute a staggering £8m per hour to the UK economy, and account for more than 5% of the economy as a whole, but our creative endeavours receive global recognition on a startlingly regular basis.

From the huge successes of our film industry, such as this year’s Academy Award-winning Gravity, to our musical exports that are too many to list, and from JK Rowling to Benedict Cumberbatch, not to mention our video-game designers and ad industry, which regularly tops the awards at Cannes, the UK definitely leads the globe in terms of creative output.

The UK’s journalism is also world-beating – exemplified by the recent decision to award the prestigious Pulitzer prize to a non-US newspaper for the first time. The recipient? A 200-year-old British newspaper called The Guardian. 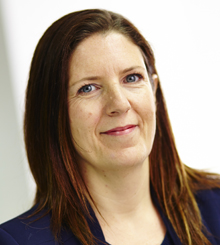 If you look at the creative industries in their entirety, from advertising to architecture and fashion to film, the UK certainly features in the top three countries leading the way.

The creative industries form one of the fastest-growing sectors in the UK, contributing 6% of GDP (according to the CBI) and employing more than 2m people.

Take British television. We lead the way on global exports of programmes such as Sherlock, Downton Abbey and Mr Selfridge. The British music industry is also starting to take more of a leadership position. Artists such as Adele have secured global airtime and no one can ignore the One Direction phenomenon.

The digital revolution has certainly contributed to the UK being a creative leader. Digital marketing is definitely the future and is an area that Pernod Ricard UK puts at the heart of its business. 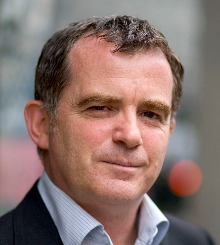 From technology, fashion and art, to automotive and advertising, UK creative industries are buzzing.

I am slightly surprised the question is even being asked, to be honest. Everywhere I go, I am reminded how strong the UK creative industries are. You see it in our music, cinema, theatre, art galleries, architecture, gaming, food, fashion, design and comedy. And not just in London; Manchester, Cardiff, Belfast and Edinburgh are centres of creative excellence in their own right.

Collectively, our creative industries generate £71bn per year, and as a nation we produce 100,000 creative industry grads each year. We are the fifth-largest ad market in the world, but 22nd by population. As a nation we embrace creativity because we are multicultural, globally minded, collaborative and rebellious. We encourage self-expression and non-conformity. The world loves what we do too. It’s little wonder we’ve sold Peppa Pig to 180 countries.

Can we have a harder question next time please?

Is the internet of things set to revolutionise the marketing industry?

Do brands now need a distinct head of content alongside a traditional lead marketer?

Should all marketing to children be gender-neutral?

Do marketers specialise too early, meaning they lack the skills to step up to boardroom level?