Creative agency Weirdo has created a composite image of the UK’s average creative director – and they look a lot like Danny Dyer.

The agency combed through the top 960 public results for creative directors and ECDs in the UK in a bid to represent the overall face of the role at the end of 2020.

Using a tool called Webmorph (developed by Lisa DeBruine at the University of Glasgow), the agency was able to blend all the images into an “average” face, which bears an uncanny resemblance to a certain EastEnders actor. 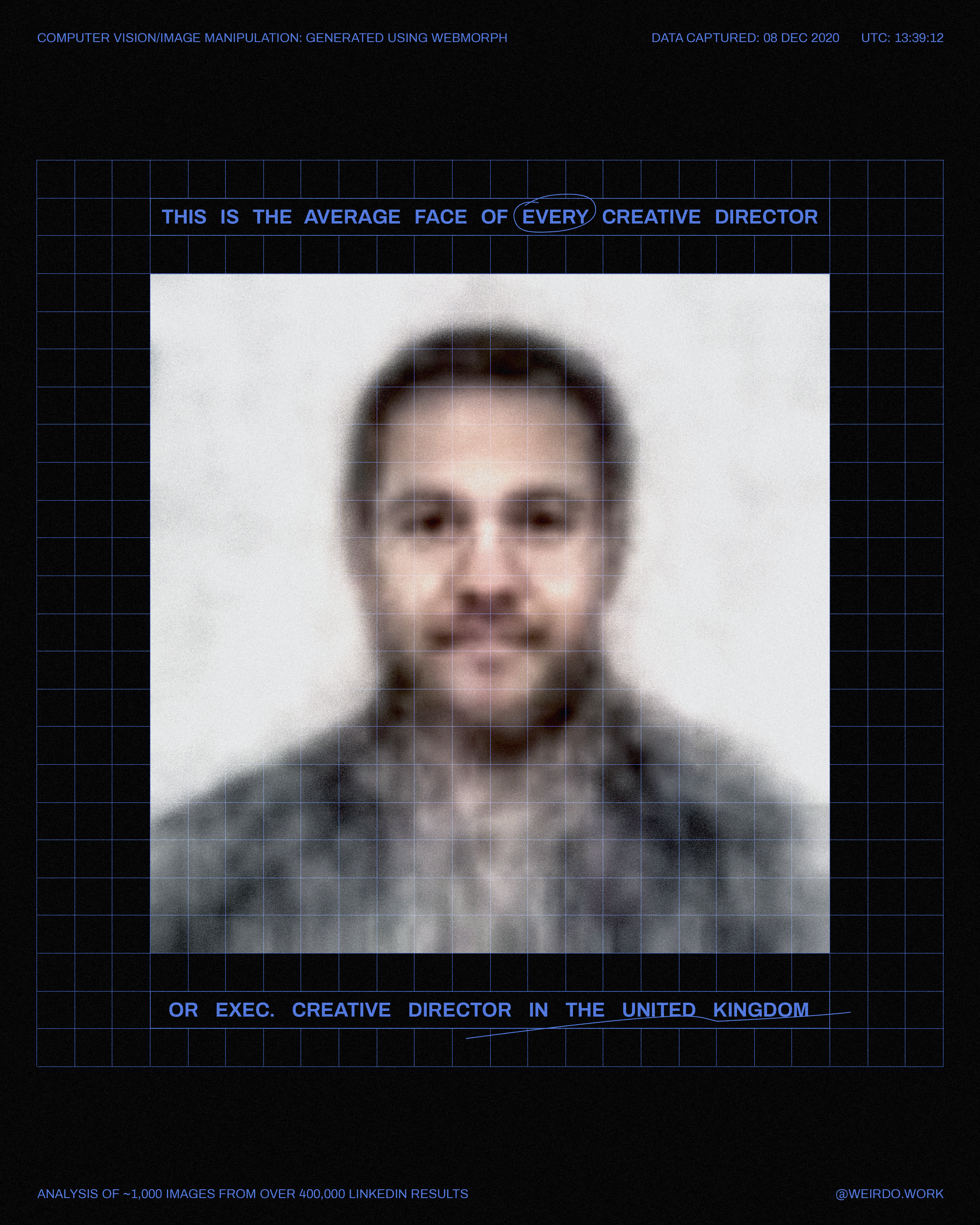 “2020 has been complicated as a person of colour in the industry,” Louis Persent, co-founder of Weirdo, told Campaign.

“We’ve seen new momentum, awareness and action around diversity; but much of the conversation is tied up in statistics, like the fact that 7.9% of department heads are from ethnic minority backgrounds, according to the IPA.

Persent continued: “We wanted to visualise what these numbers mean in reality, using web scraping and computer vision to build a picture of the average face of a creative leader in the UK.”

During this process, the agency also found that 80% of creative directors analysed were men.

Earlier this month, the second installment of Creative Equals and Campaign’s Inclusion Pulse survey – which aims to discover whether inequalities are worsening in workplaces – found that anxiety about the future due to Covid-19 was highest among women, LGBT+ and black, Asian and minority-ethnic people.

Based on this, Gideon Spanier, UK editor-in-chief of Campaign, said: “Improving diversity and inclusion in the ad industry is essential, and the fallout from Covid-19 risks undermining progress at a critical moment.

Weirdo, which launched in September this year and aims to bolster creativity through a focus on diversity, claims that it will repeat this effort every year in order to track a change in industry representation over time.