BMW's ad by FCB Inferno is top of YouTube's Ad Leaderboard, making it the UK's most popular online video ad for October. See the top 10 below.

Tom Lindo, strategist at FCB Inferno, talks us through the chiccanes of marketing BMW in a shifting auto landscape 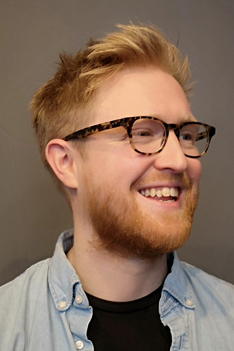 The automotive industry is going through seismic changes, the likes of which we haven’t seen before.

It has the potential to change the way we travel, work, what our cities look like, and to define our role in an increasingly automated world.

With new car concepts and electrified and alternative fuel drivetrains now on the market, communicating BMW’s vision for the future of mobility and the role of the driver is critical to success.

It's a subject that has gained popular interest, so it was key for this ad to reach a wide audience to position the pioneering side of the BMW brand.

I think there are a number of reasons why ‘Drive the future now’ performed so well on YouTube.

Unlike our competitors, we were very deliberate in creating something that wasn’t too abstract. We chose to feature the i8 Roadster, a hybrid sports car available to buy today, because we know it’s expertly engineered and eye-catching futuristic form attracts huge interest on YouTube and is the model that most clearly demonstrates that BMW is actively shaping the future of mobility.

BMW is dedicated to the "Joy of driving" which is why the driver, rather than technology, is central to the story. Something we knew would resonate well.

We also paid particular attention to the pacing of the VO and the music, to make sure that it complemented the momentum of the visuals and felt relevant.

YouTube was the perfect platform to place at the centre of the campaign. It gave us the reach needed to meet our campaign objectives and importantly allowed the opportunity to engage our viewers with BMW’s vision for the future and the i8 Roadster.

The YouTube Ads Leaderboard is a list of the top 10 most popular online video ads in the UK each month. The ranking is determined using some of YouTube’s strongest signals of viewer choice – number of views within the country, view rate (how much of an ad people choose to watch), and percentage of organic views versus paid views.

Huddle 2018: Mindshare, ITV and DCM on the power of influence

The UK's favourite YouTube ads: Three gets a reach upgrade