Chris Evans' new breakfast show on Virgin Radio is poised to revive the primacy of the DJ. Paul Burke looks back on the most influential ones who came before him.

Chris Evans starts his much-heralded breakfast show on Virgin Radio on Monday, so is commercial radio programming now heading in a different direction? After years of nondescript nobodies, tightly regulated in what they’re allowed to play or say, is the primacy of the DJ about to be revived? Will those behind the microphone once again be influential arbiters of musical and cultural trends?

That’s certainly the way things seem to be going, with a new slew of internet stations where DJs can say what they like – and their listeners like what they say. So with that in mind, let’s look at – arguably – the UK’s most influential radio DJs.

A household name since 1964, Tony Blackburn has been routinely ridiculed for most of his career, so it’s easy to overlook his cultural significance. The original host of the Radio 1 breakfast show and the biggest star on pirate radio before that, he created that "poptastic" style of broadcasting that set the template for the modern DJ.

Blackburn's great strength is his willingness to be a figure of fun, and as the old saying goes: "You can’t beat a man who doesn’t care."  This is why he remains unbeaten, unbowed and still enjoying a thriving career on Radio 2 with more listeners than ever.

When you meet him, Blackburn is exactly like his radio persona. Like "Cliff Richard" or "Ken Barlow", he’s spent more than 50 years playing the role of "Tony Blackburn", so he has actually become that person.  But he is one of the most famous, enduring and influential DJs this country will ever produce; I can think of worse things to be.

Next time you face a condescending client who thinks that the target market "won’t get" your creative idea, think about Kenny Everett in 1975. The "client" was EMI and the creative idea was Bohemian Rhapsody. EMI refused to release it as a single because the British public "wouldn’t get it". Everett opined otherwise and played it repeatedly on his show. Despite it being a hugely complex and original piece of music, the British public really got it, EMI were forced to release it and it became the third-biggest-selling single of all time.

Everett’s radio shows were very similar: bohemian, rhapsodic but funny. Each one was a perfectly crafted masterpiece, featuring oddball characters, surreal multi-tracked songs and subversive sketches that no commercial station would allow today, all voiced, mixed and engineered by the man himself. His influence was to show what was aurally possible, and to do it all with tape and scalpel was nothing short of miraculous. Openly gay, he kept his HIV diagnosis secret but, one day, when we were on a radio jury, he said to me: "You know, darling, this business is no fun any more. When I get to 50, I’m giving it all up." He died two years later. Aged 50.

This week, Zoe Ball and Sara Cox took over the two biggest shows on UK radio, but I wonder if that would ever have happened without the pioneering influence of Annie Nightingale. Famous for being Radio 1’s first female presenter in 1970, she broke the double-decked dominance of male DJs and I can only imagine the sexism she must have faced in doing so. But Nightingale is much more than just a "female" presenter. Always smart, always "out there", always relevant, she still has a groundbreaking weekly show, banging out bassotronic dance music from all over the world. So let’s concentrate less on "first female" and more on "longest-serving" presenter on Radio 1. Long may she reign.

Probably the least famous but, to those who remember him, the most revered. Roger Scott embodied radio at its best and most basic. Knowledgeable, smart and laconically articulate, he chose records from all eras and just played them. Scott had no interest in being on TV or anything other than a man sharing his love of music with his listeners.

This pared-back style was a revelation and its influence is there in the very existence of BBC 6 Music. Scott's tastes were impeccable and eclectic, which is why, if you lived in London in the 1970s and 1980s, you tuned into Capital radio every weekday afternoon. After 15 years, he switched to Radio 1, leading listeners from Cornwall to Kilmarnock to wonder why they’d never heard this man before. Sadly, they only got to hear him for about a year before he was diagnosed with cancer.

I was working with him at the time on a radio campaign. For one recording, he couldn’t get into Soho but invited me to record the lines at his home studio. "Come over," he said. "We can record the lines, have some lunch and play some music."  Instead, I went to an utterly pointless meeting, and he died a couple of weeks later. I have very few regrets in my life but, as you can imagine, that will always be one of them.

Robbie Vincent's programme on Radio London in the early 1980s was practically the only show in the UK dedicated to soul and dance music. Listeners would record it on Saturday mornings to play in their Cortinas on Saturday nights. In Vincent, black music could hardly have had a more unlikely champion. A bespectacled former Fleet Street reporter and, by his own admission, "the most unfashionable person ever", he had a bizarre dual career as a phone-in host during the week and a funk DJ at weekends.

However, his influence is impossible to overstate. When he was poached by Radio 1, his was the first-ever soul show on national radio and it led directly to the dance music phenomenon of later years. Without Vincent, we'd never have heard of Pete Tong, Trevor Nelson, Kiss FM or the Ministry of Sound. When he was supplanted on Radio 1 by the aforementioned "Tongy", he resumed his phone-in duties at LBC, where the majority his callers had no idea of his "other life" and its lasting legacy.

Always cited as "hugely influential", and John Peel was – but not for the reasons you might think. His droll, low-key style was not widely imitated, the music he played was largely unlistenable and his nocturnal audiences were tiny. And yet he remains hugely influential by proxy. Because it wasn’t so much Peel who had the influence; it was his listeners.

Robbie Vincent’s legions of white-socked, working-class fans went out clubbing and grew up to be plumbers and plasterers, whereas Peel’s much smaller coterie of punk-worshipping, middle-class fans were listening to him while swotting for their finals. They grew up to be cultural commentators for The Observer or commissioning editors at the BBC. Hence their continuing influence and their endless veneration of Peel and punk, with the importance of both now ridiculously exaggerated.

I worked with Peel many times and liked him a lot. He was intelligent, offbeat and funny, although I was surprised by how slick and professional he was. Perhaps I shouldn’t have been. "John Peel" was a brand; a scruffy, bumbling façade that disguised a shrewd and ambitious public schoolboy. Very much like Boris Johnson. Although I’m not sure that’s how he would want to be remembered.

It’ll be interesting to see whether Evans, in his new position, kick-starts a new era of DJs with the freedom and flair to be real influencers. And if you’re wondering which of them was Chris’ own broadcasting hero, you’ll find the answer at the bottom of the page*. 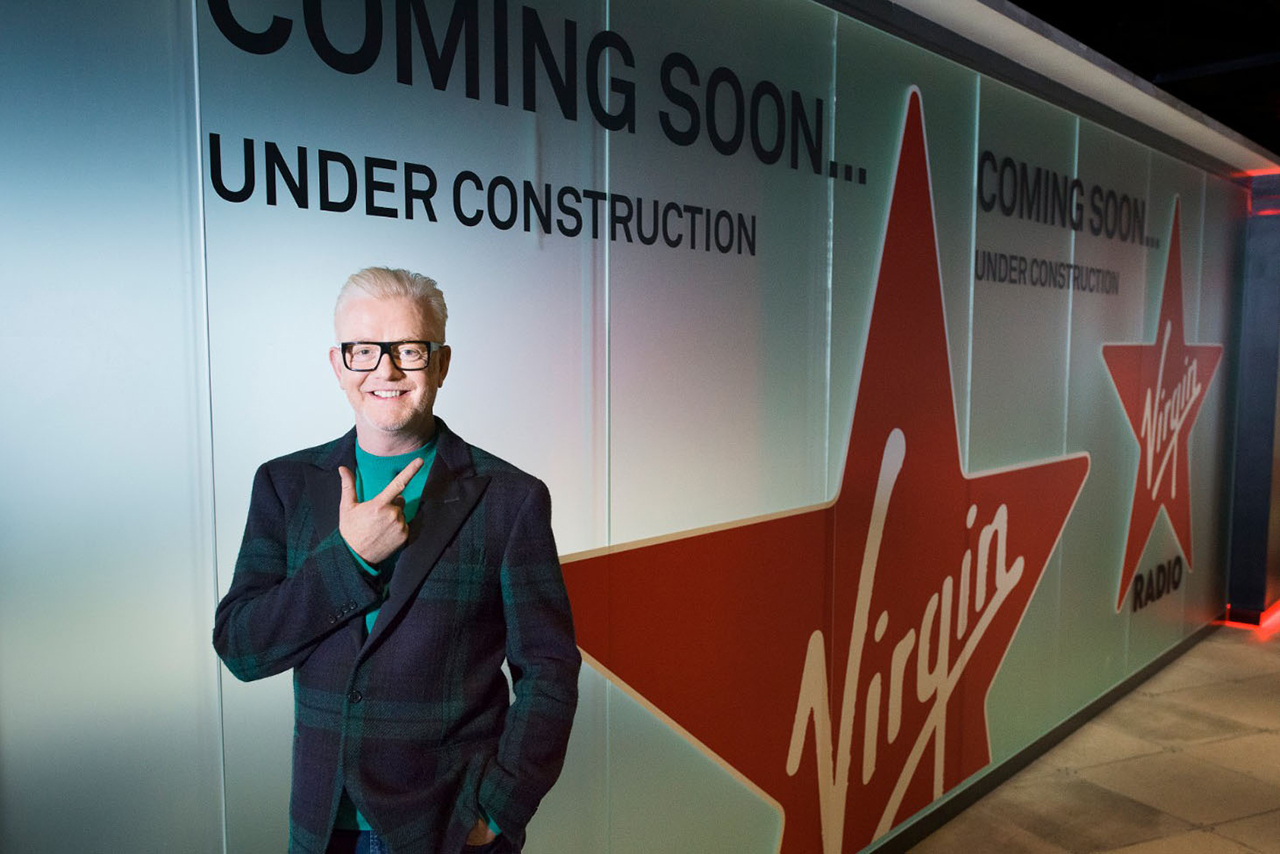 Here's hoping this is the year of girly swots

This is me: The soundscapes of Alex Baranowski