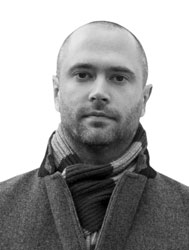 I chose this ad because...
...it sounds like a regular Seat ad but then Marmite messages keep punctuating to ‘subliminally’ convince you to love Marmite.

This has good comedy timing, a strong idea and great attention to craft.

It’s quite unusual for an ad to genuinely break the conventions of radio advertising but this does that well and is all the more successful for it.

It arguably works better on radio than it does in the TV version. And props to the team who’ve clearly engaged other brands and asked them if they can cross-pollinate, rather than interrupt ‘fake ads’ (which 99% of other agencies and clients would have done). It shows what can be done with a bold idea and a strong team.

Planning and accounts will have had some work to do to convince the other clients to let their ads be trodden on, but in the end they all win from doing things a little differently.

Train like a beast
Radio ads are hard but teach you how to write properly because there’s nowhere to hide. It’s just your words and, if you’re lucky, some sound effects and maybe a bit of music. It’s a great training ground. Use it.

Break the format
Radio ads don’t have to be just two voices talking. But you’d be surprised how many of them are.