UK consumers will need to face up to the fact that prices are rising, said Unilever chief executive Paul Polman, as the FMCG company announced its full year results for 2016.

Polman was asked on a conference call this morning whether he regretted the company’s public face-off with Tesco over its decision to demand higher prices from the retailer, after the falling pound increased some of its production costs.

He said: "The decision to increase prices in the UK was definitely the right one. We’ve seen a 20% decrease in the value of the pound, and we have to look at the effects of the long-term currency changes, otherwise you end up being unsustainable. You now see many others in the industry doing what we’ve done."

Polman was dismissive of the tendency of the media to make a big deal of stories about prices going up and pack sizes going down – such as the revelation that Mondelez was changing the familiar shape of Toblerone to cut costs. Polman said: "There’s nothing new here – we should get used to it."

Picking up the pace

The strongest region for the business was Latin America, where underlying sales grew 11.4%. But in North America they were up only 0.9%, and in Europe they fell 0.7%, despite volumes edging up 0.3%.

Chief financial officer Graeme Pitkethly said deflation in Europe was something he accepted was here to stay: "We don’t see any fundamental reason for that changing – if you look at the consumer drive for value, the challenges facing our retailer partners, the different shopping missions people have, there are many forces there that make it difficult to see the pricing environment changing in the short term."

The upheavals in the global order – such as Brexit, Brazil’s economic crisis and the demonetisation program happening in India – meant that for Unilever, "the role of innovation becomes more important than ever before," said Pitkethly.

He said Unilever had improved its ability to bring innovations to market quickly, giving the example of a range of BBQ sauces introduced under the Hellmann’s brand last spring – an idea conceived by the local team and launched within six months of being devised.

Other examples of fast turnarounds were Unilever’s dry spray deodorants in the US, and Tresemmé Botanique, a shampoo catering to the trend for natural products. 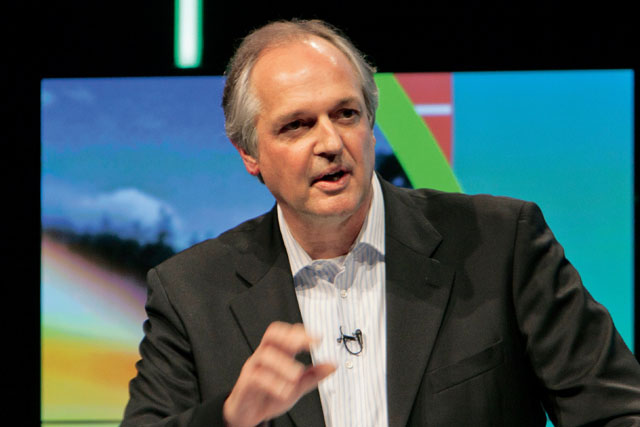 Polman (pictured above) expressed a measured view of new US president Donald Trump, when asked if Trump’s rhetoric about trade concerned him. He said: "There’s perhaps a misconception that the new administration in the US does not like globalisation."

The reality, Polman said, was that Trump wanted more control over globalisation, for example by showing a preference for bilateral trade agreements over multilateral. But he added that improving the way the globalised economy worked was no bad thing.

"Frankly we have lifted a lot of people out of poverty because of globalisation and frankly if we can distribute that wealth a little bit better, we can make a better world," said Polman.

He added that he took a long-term view: "We’ve always been focused on making America great. We did that before the new president came in and will continue to do that after he leaves."

Unilever revamps Hellmann's in next phase of mayo war